Maria Ozawa on haters: “They made me famous, you know, so I'm positive.” 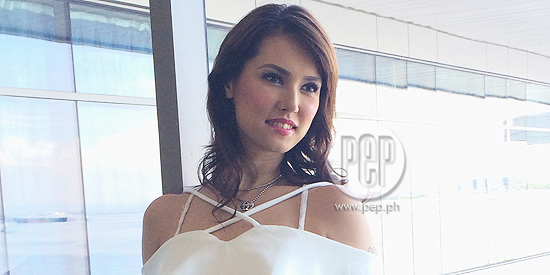 Maria Ozawa admits getting hurt by negative comments about her and being a former adult film actress.

“You can't be liked by everybody.”

Maria Ozawa is aware that people still judge her because of her former profession as an adult film star in Japan.

The 29-year-old Japanese actress started her career in the adult film industry in 2005. However, she quit the job after five years and decided to go mainstream.

“You know, it doesn't bother me at all,” said Maria in an interview with select entertainment reporters earlier today, June 23, at Hotel H20 in Manila.

She added, “I was just doing what I wanted to do and this is my dream come true. What's bad about it?

Maria is also aware about the negative comments written about her on the Internet.

She said, “When I just debuted in this industry, out of curiosity, I tried to look in the Internet and magazines and it really broke my heart.”

“The more they talk bad stuff about me, it means the more I'm getting more attention from everybody.

“So, I just put that on the positive side. Okay, you can say whatever you want.

“But, you think, that they don't care about me but, you know, they're thinking about me.

She also stressed, “The feeling hate is the feeling that you have for me, so I'm, like, okay. They made me famous, you know, so I'm positive.”

Maria is currently here in the country to promote her movie with Robin Padilla, Nilalang, one of the eight official entries in the 2015 Metro Manila Film Festival.

Watch for #PEPtalk with Maria Ozawa very soon on PEP.ph.