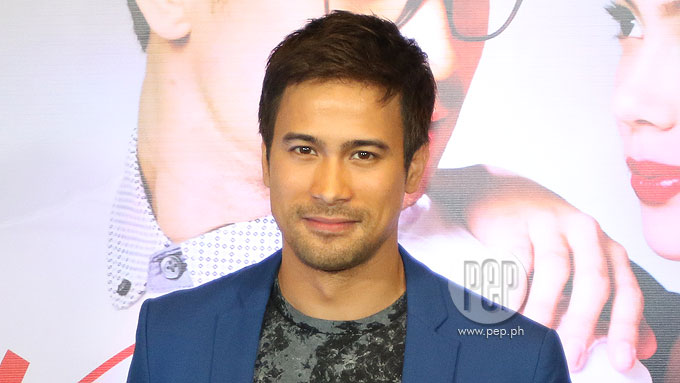 After much speculation, Sam Milby’s “mystery girl” has been identified as Fil-British model Mari Jasmine.

The non-showbiz girl in question reportedly holds an Australian passport and has modelling stints abroad.

This is according to entertainment columnist Reggee Bonoan’s Balita report today, November 5.

NO RELATIONSHIP LABEL YET. Sam, for his part, has been very evasive about the status of his love life.

While he’s admittedly seeing a Fil-British model, the 31-year-old actor refused to put a label on their relationship to date.

“I don’t think I would pursue a girl kung wala akong nakikitang future.”

PEP.ph (Philippine Entertainment Portal) and other reporters were able to interview Sam at his solo presscon for Doble Kara, held at Dong Juan restaurant in Quezon City, last night, November 4.

Given the nature of his work, Sam admits that there’s a possibility that he and his new leading lady Julia Montes will be romantically linked to each other.

But he’s confident that the non-showbiz girl he’s seeing won’t feel jealous of his teleserye co-star.

“You know, if that does push through, I’m sure she [non-showbiz girl] would understand naman.

DATING PREFERENCE. Sam further shared why he’d rather date a non-showbiz girl this time around.

“It has always been my preference.

"I think after the last [serious relationship I had], it was more my preference na I would like it to be non-showbiz to separate my personal life and work.

“If something happens, if something develops, you can’t help it naman.

At the same time, Sam has been vocal about wanting to settle down in five years’ time.

“In ten years, I would still love to act and sana may family na din ako.

“Within five to ten years, sana may family na.

"And I would venture into business as well," he concluded.