Why AlDub commercials are not shown in full in ABS-CBN 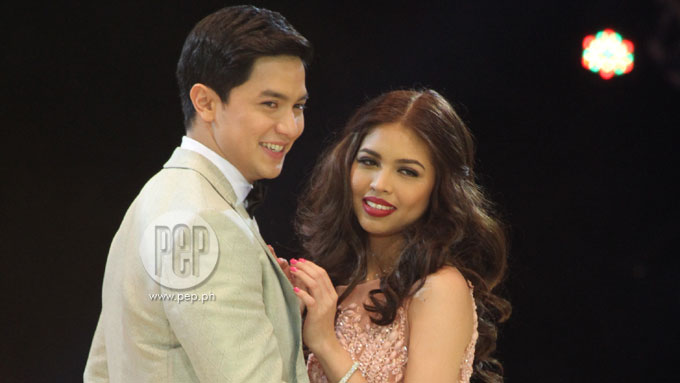 Based on ABS-CBN’s memo, it can be deduced that the AlDub commercials had to be edited because the use of the split-screen, picture-in-picture, and Dubsmash is closely associated to GMA’s Eat Bulaga!, competing program of ABS-CBN’s It’s Showtime.

Ever wondered why AlDub commercials aren’t shown in full in ABS-CBN?

Having shot to stardom a short four months ago, GMA stars Alden Richards and Maine “Yaya Dub” Mendoza are the hottest endorsers around.

To date, together as a love team, they are the brand ambassadors of eight brands (McDonald’s, Talk N’ Text, Zonrox, Bear Brand, Coke, Hapee, Belo, and Downy).

In their initial commercials that came out, Alden and Maine did not shoot the scenes together.

These were shot prior to Eat Bulaga!’s “Tamang Panahon” concert at the Philippine Arena, wherein Lola Nidora finally allowed the on-screen couple to see each other and permitted Maine to finally do away with Dubsmash.

Like in Eat Bulaga!, they appeared in their commercials via split-screen or picture-in-picture.

But when these AlDub TVCs air on rival network ABS-CBN, these are usually edited, showing only Alden or Maine.

The love team is not seen together. The commercial is not shown in its entirety.

THE MEMO. Before conspiracy theorists scream sabotage or some other reason for the Kapamilya network’s move in doing this, we might find the answer in a recent memo issued by ABS-CBN, a copy of which reached the PEP.ph (Philippine Entertainment Portal) office.

The guidelines stated that the “Management reserves the right to decline acceptance of Commercial Materials that contains, cites, and/or illustrates” a number of factors, including commercial materials that contain, cite or illustrate “other TV station or program either directly or indirectly (e.g. character/role portrayal, segment/portion illustration, direct mention of the program title, use of program theme song or songs associated with the program, etc.).”

The memo also stated: “In consideration of the said policies, ABS-CBN has the right to refuse to air or facilitate the advertisement of products and services, or the use of advertising scripts, which the network/station has good reason to believe, would be competing and/or conflicting with ABS-CBN’s own programs and/or products. This is in keeping with basic and fundamental concepts of fairness and is rooted in the protection of our own brand and the avoidance of unfair competition.”

The document further explained that ABS-CBN is “not restricting advertisers from engaging talents associated with, or directly connected, with our competitors,” but should advertisers choose to hire “talents from competing networks in their advertising materials,” the advertising materials “should not contain images where said talents/endorsers appear as characters from any program, which directly competes with any program of ABS-CBN” and should not “display or exposition of any component, segment or any element which directly relates to the theme and tone of competing programs.”

All advertising materials relating to this, the memo stated, are subject to “evaluation and approval/clearance.”

Could the use of the split-screen, picture-in-picture, and Dubsmash, which is closely associated to GMA’s Eat Bulaga!, be the reason why the AlDub commercials aren't being aired in full in ABS-CBN?