Complete with sports cars, car chase, at drifting pa!
May 24, 2019
CREATED WITH Pepsi 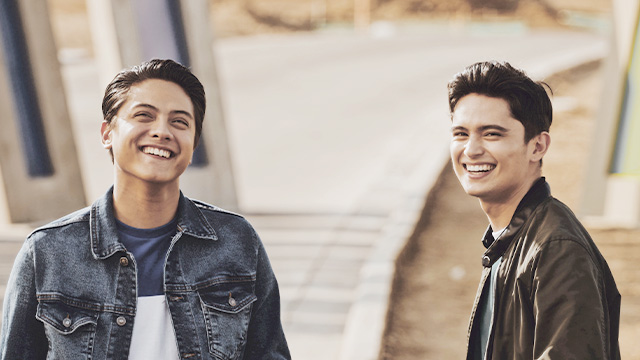 As if the weather isn't sizzling hot enough already, two of the biggest names in showbiz have come together for a major project.

It's something we haven't seen before: Daniel Padilla and James Reid brought together in action-packed collaboration for the first time by two big brands, Pepsi and Mountain Dew.

Even though Daniel and James have been taking over Philippine showbiz as kings of their respective fandoms since 2010, it's the first time the Kapamilya stars are collaborating.

"It's definitely something new I can bring to the fans," says James, brand ambassador for Mountain Dew. This project landed in his lap just at the right moment.

"I've always wanted to do more action," he adds.

The project appeals to both actors. After all, what guy can say no to sports cars, car chases, and even drifting?

"The drifting and driving the cars, [they're] definitely the coolest part about the shoot," James says.

The project is called "Doble Hataw" and has the young idols racing against each other in an action-packed setting: Daniel in his signature denim jacket and driving a sports car, and James sporting his suave threads while maneuvering a pick-up truck.

"Doble Hataw" is also the name of the latest under-the-cap promo of Pepsi and Mountain Dew, where millions worth of prizes will be given away. Among these are sports cars and pick-up trucks so you can also feel the same thrills Daniel and James have experienced.

Here's how you can join:

1) Purchase any specially marked Pepsi or Mountain Dew products. Look under the cap, crown, or label to the find the unique eight-character code.

2) Send the code either through text or FB Messenger.

The "Doble Hataw" promo runs from May 24 to July 24, 2019. Get a chance to win one of the three sports cars and three pick-up trucks, plus millions worth of prizes including smartphones, free mobile data for all networks and drink vouchers. 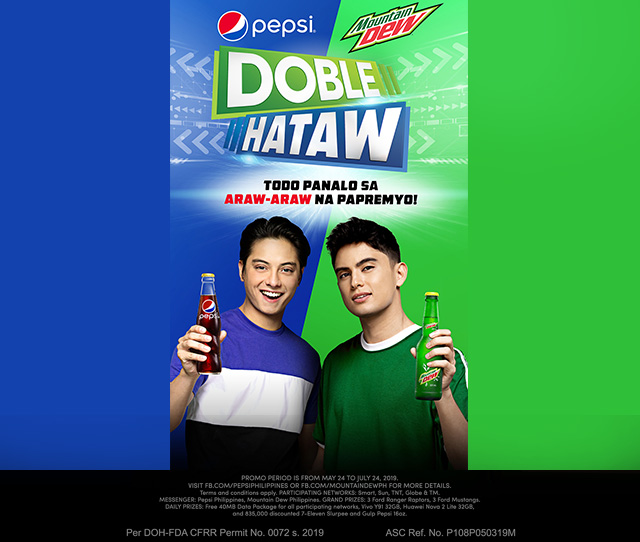 Follow Pepsi and Mountain Dew on Facebook for updates this exciting collaboration. To see the full mechanics of the promo, visit the pages for Doble Hataw’s Frequently Asked Questions and Terms and Conditions.

This article was created by Summit Storylabs in partnership with Pepsi.
Shop the items in this story!