Raymond Gutierrez: Single and enjoying it 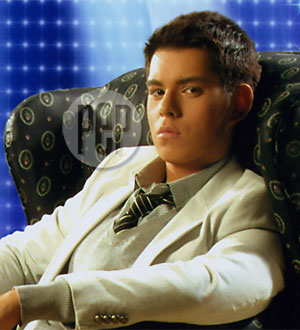 Raymond says he enjoys life amid controversies surrounding his sexuality.

With all confidence, Raymond Gutierrez declared: "I'm happy to be single. My friends inspire me to work. I like my job."

He said that statement back in the StarStruck press con held at the Marina Restaurant on November 29.

Asked what he's looking for in a partner, Raymond said: "Ayoko ko na mag-set ng standards e. Kasi pag may standards ka, ang dami mong hindi sinasali. For me, you don't look for it. They don't look for love. It just comes."


Raymond's name was included in the list of closet gays in DJ Mo Twister's controversial radio show, Good Times. Since then, Raymond has yet to see the controversial DJ. In the program, KC Montero dropped the name of Raymond when he was asked about closet gays.

Raymond continued, "Kanya-kanyang diskarte. I also have personal opinions about other stars but I don't say that in public."

He added that the issue on his sexuality is just one of the few drawbacks to being a celebrity. "They tend to judge you."

Another downside, according to the twin brother of Captain Barbell lead star Richard Gutierrez, is the loss of privacy.

When they were kids, Raymond and Richard gained popularity as the cute, chubby and playful Gutierrez twins, who appeared in the late 1980s in such Regal Films' comedies as Mga Lahing Pikutin and One Two Bato, Three Four Bapor (The Love Boat).

His twin, Richard, has become one of the most sought-after male lead stars in both TV and film.

Raymond has concentrated on hosting and was known to take an interest in behind-the-scenes work. He is a regular host of MMS (My Music Station) on QTV-11, SOP Gigsters, and the upcoming season of StarStruck: The Next Level on GMA-7.

Raymond further talks about his career plans—particularly an interest in news and public affairs: "Recently ko lang na-realize na I've wanted to work for the news department. In the future, parang gusto kong i-try yung ibang type of hosting naman, like the news. We'll see how that goes but right now, I'm too young pa to be part of the news team. We'll see, maybe in the future. Iba yung entertainment sa news e."