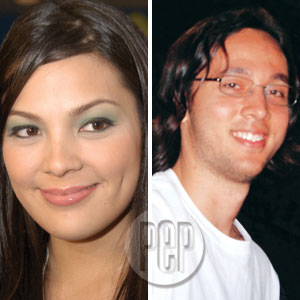 KC and Lino are now a couple! And while KC and Lino were vacationing in Boracay, Bianca was also there! A reliable PEP mole adds, “Bianca is really hurting and is still texting Lino.”

It was PEP (Philippine Entertainment Portal) which first broke the story that KC Concepcion and Lino Cayetano were seen having lunch at Sonya’s Garden last December 22. At the time, everything was up in the air. Were they there as accidental tourists? Working on a commercial shoot together? Or on a proper date?

PEP also reported, however, that the two were seen holding hands on their way out of Sonya's Garden.

KC is, of course, the beautiful lady who is top choice among young celebs for product endorsements and lifestyle/showbiz pictorials and interviews. She also happens to be the eldest daughter of Sharon Cuneta, who is arguably the country's top female endorser and a star for the last 29 years, and of Gabby Concepcion, once a top matinee idol in local showbiz and now a real-estate broker in California, U.S.A.

Based in France for the last three years, KC is on the last year of her corporate communications course at the American University in Paris. She is currently home for the holidays.

Lino is himself a celebrity. Born to a family of politicians, his sister Pia is currently a Philippine senator, and his father Rene was also a senator. This is the father to whom Lino donated his kidney at a time the family believed this could give their patriarch a fighting chance against stomach cancer. When he died in 2003, Senator Rene Cayetano was honored with ceremonial burial services in the halls of the Senate.

A director, the handsome Lino's most recent assignments are "Blusang Itim," an episode in ABS-CBN's fantasy series Komiks, and Calla Lily, a soap from the same network.

In brief, KC and Lino are major local celebs. And them getting together for a lunch date is news.

Now, PEP brings you another scoop.


A PEP regular mole swears that the two just spent a nice, if brief, vacation at the popular Visayas island resort of Boracay.

If the two high-profile celebs can be mistaken for casual friends who happen to meet up at Sonya’s Garden for lunch, then a Boracay trip together—which has to be planned, booked, and worked into KC’s very tight schedule and Lino's own—can neither be accidental nor casual. The Boracay vacation, more than just a date, had to be prearranged.


BIANCA GONZALEZ. It has been a couple of months since Lino, who has kept a low profile even in showbiz, and Bianca Gonzalez, a budding TV host-endorser, were reported to be mending their broken romance.

It might be remembered that Bianca and Lino, who were officially a couple when Bianca joined the reality TV show Pinoy Big Brother, had a lovers’ quarrel over Bianca’s closeness to PBB housemate Zanjoe Marudo through the period of February 5 - April 1 of 2006. Right after Bianca left the PBB house, however, she cut all ties with Zanjoe, clearly ignoring him wherever they met, including at Boracay last summer.

Last December 10, The Buzz reported that Bianca and Lino had broken up. But no confirmation or denial was ever heard from the two.


Now comes this news: KC and Lino are now a couple! And while KC and Lino were vacationing in Boracay, Bianca was also there!


The PEP mole adds, “Bianca is really hurting and is still texting Lino.”


SHARON CUNETA. While Lino told The Buzz yesterday, January 7, by text message: “I like her a lot… And I think napakaganda, napakatalino, and talented niyang tao”—that is as far as he has gone to answer inquiries about KC.


Meantime, PEP’s reliable mole says that KC's mom would rather have Lino announce the status of his relationship with her daughter. The mole explains that Sharon believes the proper way is for Lino to be the first to admit the relationship, not her daughter KC.


A PEP staffer, who is a long-time friend of Lino, succeeds in reaching the Man of the Hour by cell phone this afternoon. The text goes: “If you wanna say something, I’m just a text away.”

Known as a private person, Lino manages to text back: “Thanks for the heads up :-) Quiet na muna ako dito. Pero salamat sa text, hehe :-)”