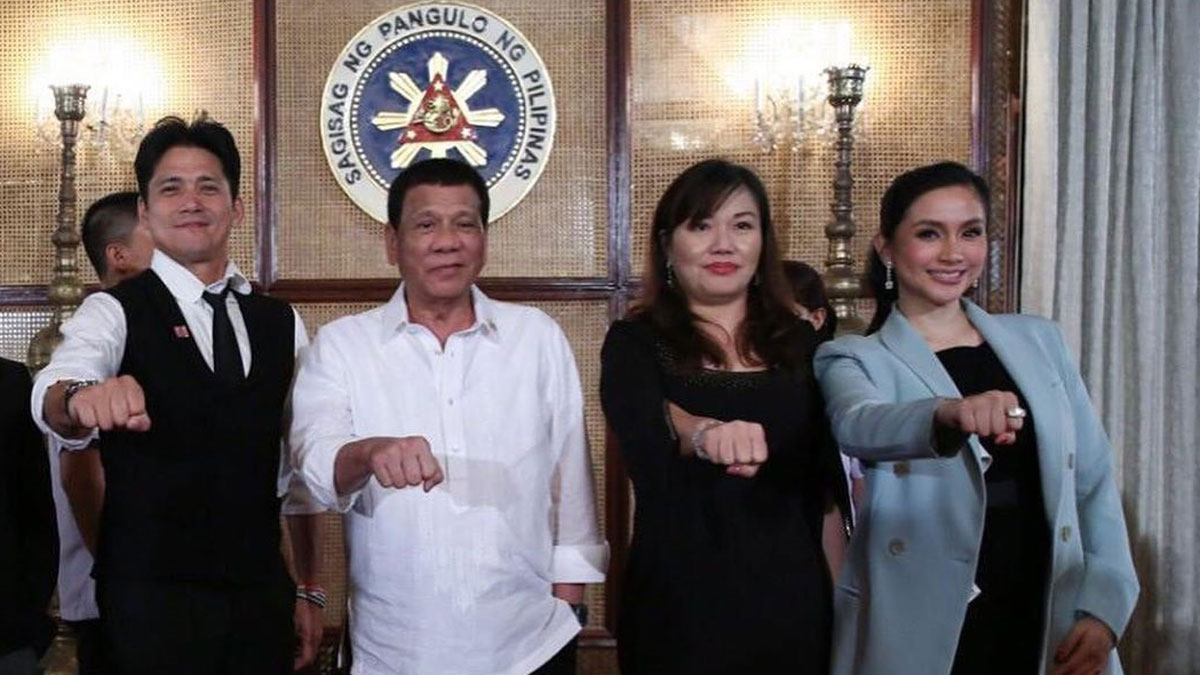 “The room was filled with celebrities who supported him both silently and openly.

“Madam Honeylet flew in from Davao just to be at the thanksgiving dinner and she flies back to Davao the next day, during her introduction speech she mentioned that they are not really fond of hosting parties... so i knew it was a special night!”

“The menu was a special request made by the President himself 'sabi ko ibahin naman ang pagkain.

“My favorite moment of the evening that made me admire our President even more... the fillet mignon was wrapped in bacon so in advanced the kitchen staff prepared fish for Robin and I.

“When our fish arrived Senatorial candidate Freddie aguilar and his wife, jovie, wanted fish as well because they are muslims too.

“Robin being the gentleman that he is gave his fish to Jovie so she could eat ahead.

“The whole table was prompted to eat all except for Robin, Ka Freddie and PRRD.

“I know maliit na bagay but diba it’s the little things that matter.

“Nahiya ako that hindi ka na invite for a proper thank you celebration (i am keeping my fingers crossed at some point you did receive flowers?)

“On a side note- may funny kwento ako- there was a lunch for an ASEAN head of state- and invitation said business attire. 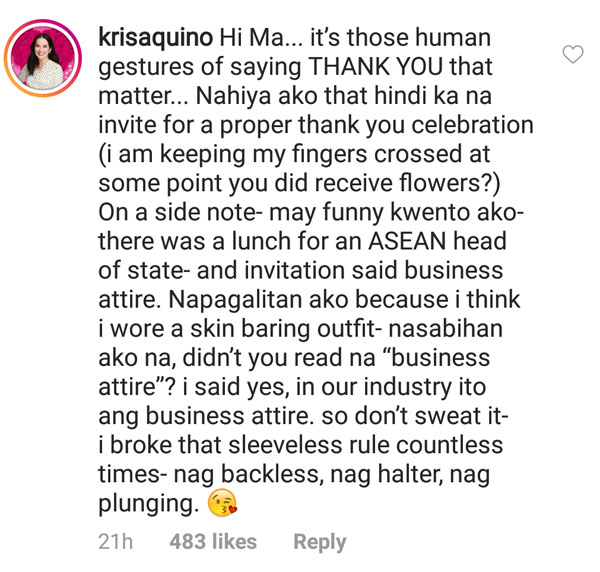 Sabi niya kay Kris, “@krisaquino hi ate!!! No I didn’t receive flowers maybe because i was married na hehehe but my friendship with you is more than enough hehehe bawal pala skin baring."

Aniya, “@krisaquino no need to apologize ate i was not expecting anything personal in exchange i willingly did it from my heart.” 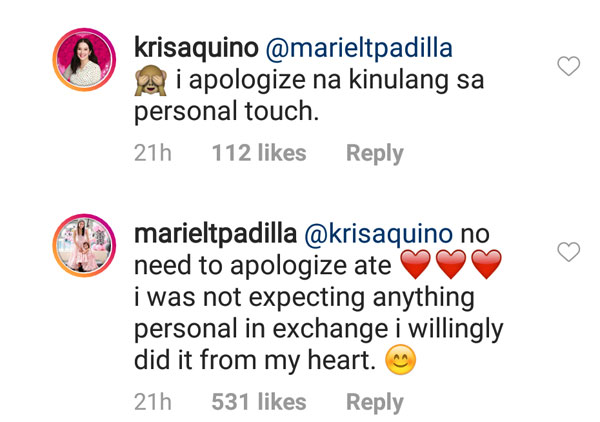