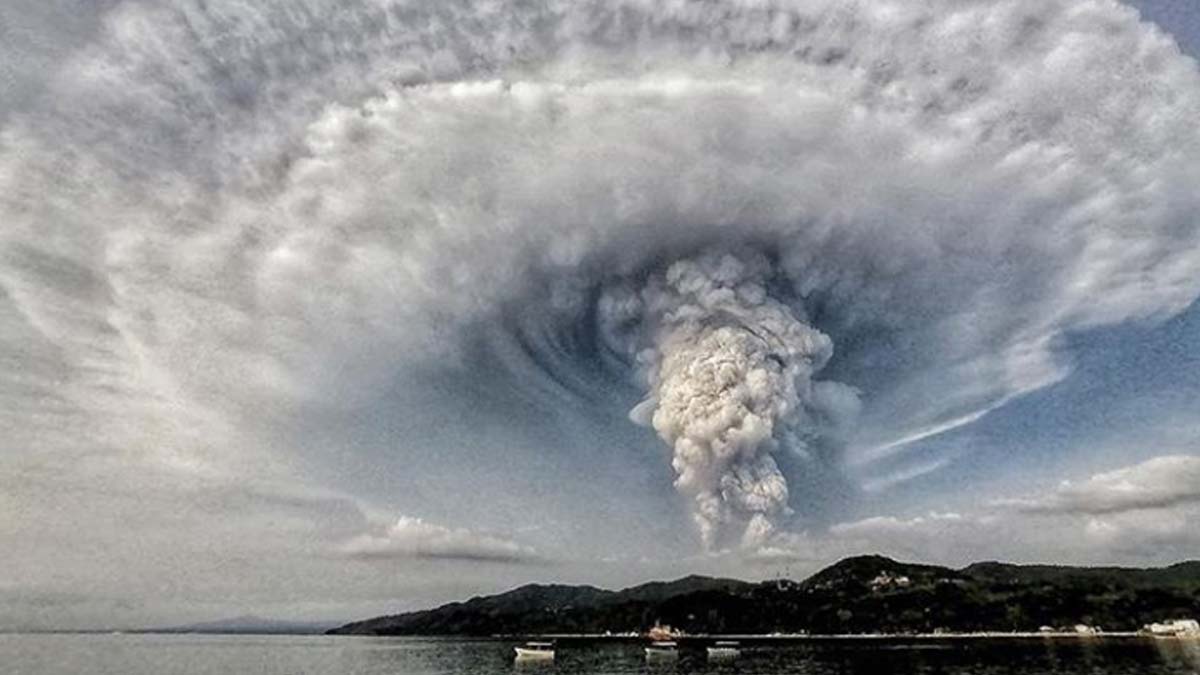 PHIVOLCS officials are on high alert as the eruptive activity in the main crater of Taal Volcano escalated to Alert Level 4 as of 7:30pm this Sunday, January 12.
PHOTO/S: @ogiealcasid on Instagram

As of press time, its current alert status has been raised to Alert Level 4, which means hazardous eruption imminent.

Initially, at 2:30pm, January 12, Philippine Institute of Volcanology and Seismology (PHIVOLCS) released a bulletin that first raised the alert status of Taal from Alert Level 1 to Alert Level 2.

At that time, there was "probable magmatic intrusion that may or may not lead to an eruption."

By 4:00pm, the alert status was raised to Alert Level 3, as the "Taal Volcano Main Crater has escalated eruptive activity, generating an eruption plume 1 kilometer-high accompanied by volcanic tremors and felt earthquakes in Volcano Island and barangays of Agoncillo, Batangas."

Then by 7:30pm, PHIVOLCS issued Alert Level 4, warning that a "hazardous" eruption may occur "within hours to days."

All departing and arriving flights are currently on hold at the Ninoy Aquino International Airport.

Classes have also been suspended in a number of cities due to the heavy ash fall.

Celebrities take to social media to send their prayers and concerns to netizens affected by the ongoing eruption.

On Instagram, a number of celebrities post photos of the ash clouds that can be seen from their respective locations.

Celebrity mom and Kalinga Ni Nanay founder Jennica Uytingco prays for the safety of people living near the volcano.

Other celebrities such as former actress Mikee Cojuangco and celebrity host Bianca Gonzalez post safety precautions from the ash fall.