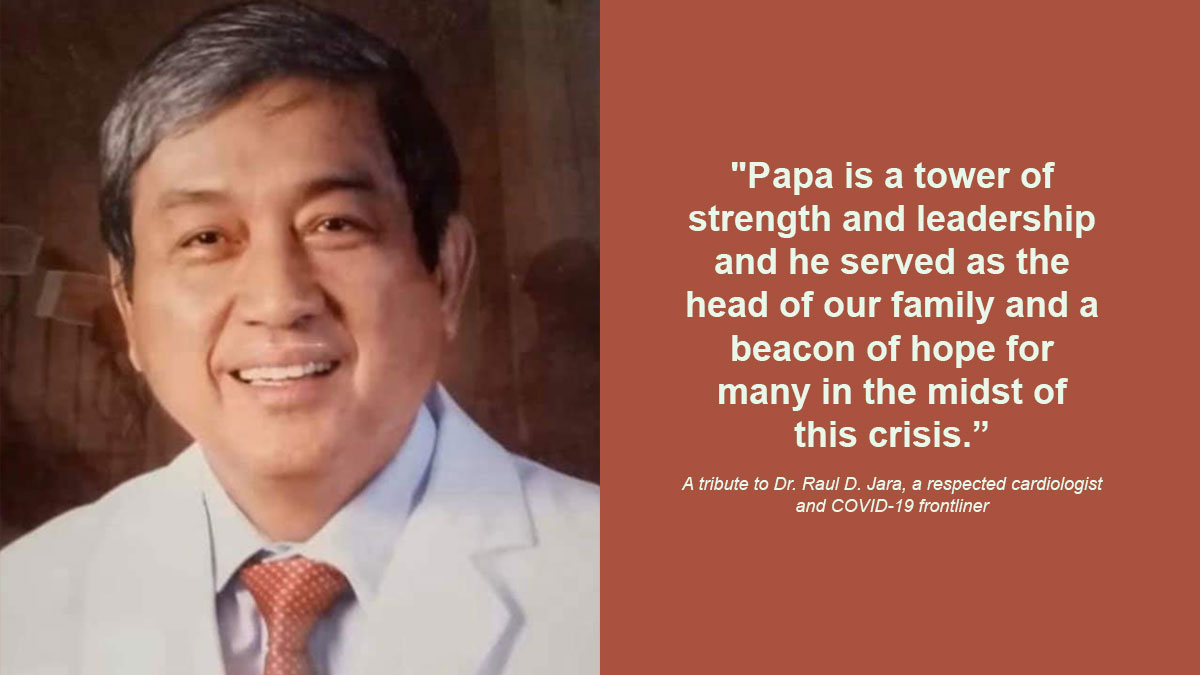 One of COVID-19 frontliner Dr. Raul Jara's children says about his passing, "His memory is not defined by how he died but how he lived... We must be strong. We must live on. We must persevere. Go on with a steady heart."

"A model father and husband, a tower of strength and leadership."

Pahayag nito, "Papa is a tower of strength and leadership and he served as the head of our family and a beacon of hope for many in the midst of this crisis.

"He knew the extensive battle he was facing and he kept on fighting.

"Our family extends the deepest gratitude to everyone who prayed for him and reached out during this difficult time.

"We are especiially grateful to Philippine Heart Center's doctors, nurses and staff who took care of him and have gone way and beyond their call of duty, as they treated him with compassion, like their own family.

"His memory is not defined by how he died but how he lived."

"He dedicated his whole life to constant learning and teaching and molding future doctors.

"He would ask the tough questions and push you to learn and persevere.

"He believed in his students and would think of them as his children and the hope for the future generations."

Patuloy ng anak ni Dr. Jara, "As an Internist and Cardiologist, he is passionate about the art and science of his work.

"He took pride in serving the Filipino people.

"He paid tribute to the predecessors who paved the way for Medicine."

"He was a model husband and father who always put his family first before himself.

"He has a garden in front of our house, where he takes care of his plants and his dream for us was to be like the branches of the trees, outgrowing their trunk.

"Papa is in each one of us; he lives on in the hearts of his wife, five children and their spouses and ten granchildren."

"We were with him every step of the way and he would remain with us throughout.

"We must be strong. We must live on. We must persevere.

"Go on with a steady heart."

A RESPECTED PILLAR OF CARDIOLOGY

"It is with profound sadness that we announce the loss of one of the great pillars of Cardiology, PHA Past President Dr Raul Diaz Jara.

"One who has spent his life teaching. One who never got tired to impart knowledge and wisdom.

"One who made you sweat as he bombards you with questions but would suddenly make you feel at ease as he breaks into a smile."

Dagdag pa rito, "Each trainee he encountered and had taught always has a story to tell about him.

"Rest in peace Dr Jara as we remember you in our hearts and the teachings you have imparted to us.

"We deeply mourn for your loss but we want this more to be a celebration of your life.
Philippine Cardiology will not be the same without you." 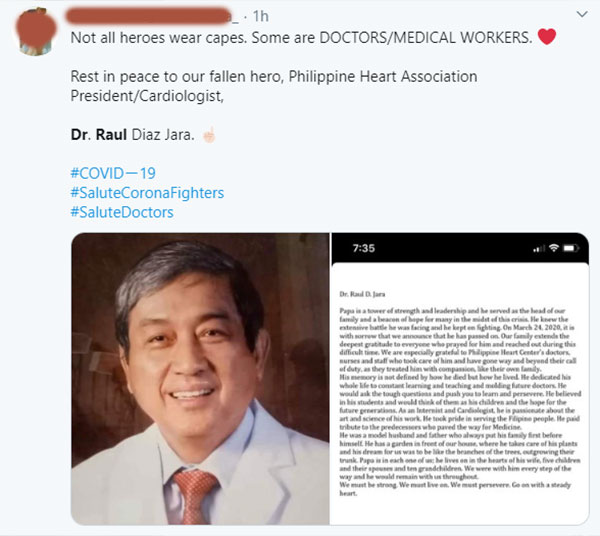 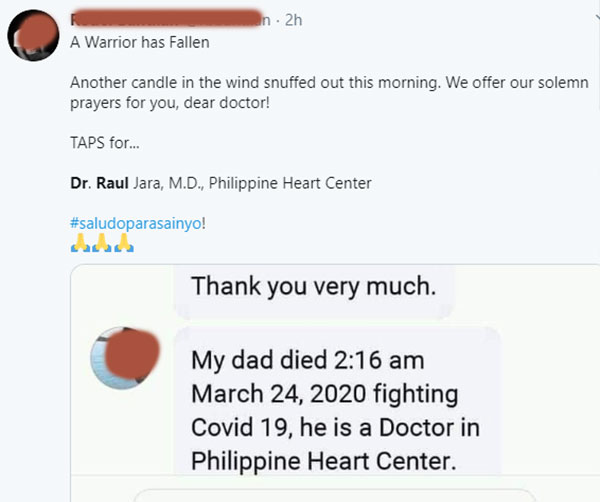