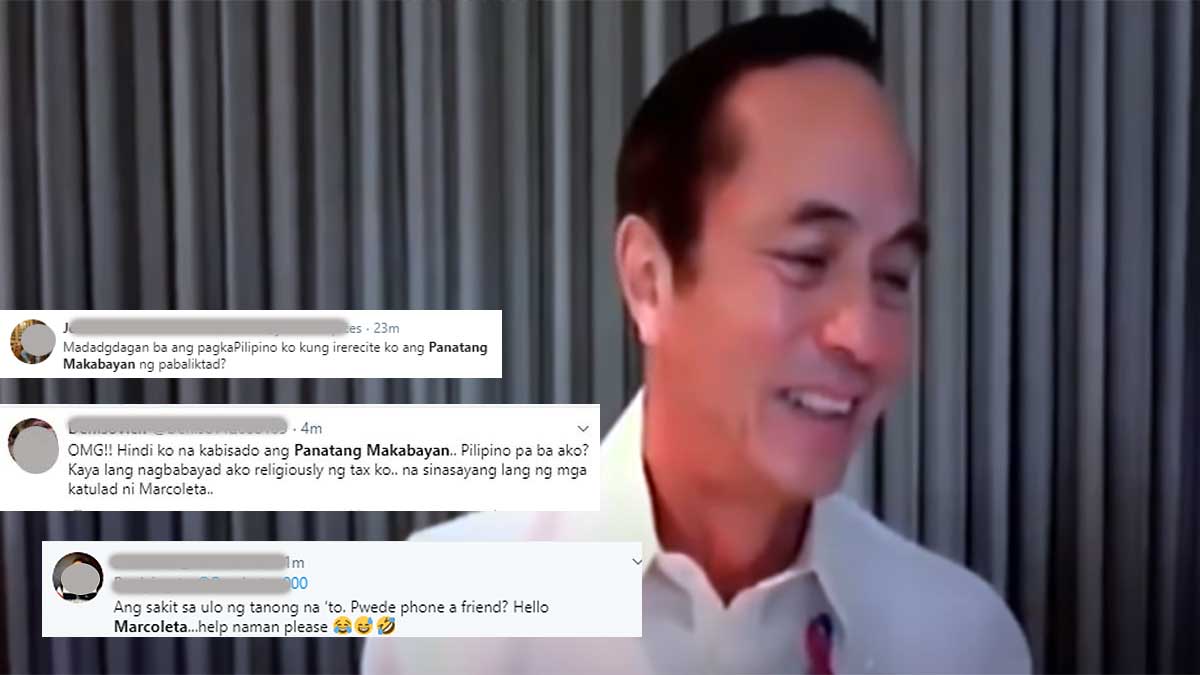 Amid queries about his allegiance, ABS-CBN chairman emeritus gets asked by Deputy Speaker Rodante Marcoleta to recite "Panatang Makabayan" during the Congressional hearing on ABS-CBN franchise issue.

Netizens have taken to Twitter the discussion if anyone still knows "Panatang Makabayan" by heart.

This, after ABS-CBN chairman emeritus Eugenio "Gabby" Lopez III was asked to recite the first line of "Panatang Makabayan" during the ABS-CBN franchise hearing in Congress, Monday, June 8.

It reached the fifth spot among the trending topics on Twitter earlier today.

Lopez was grilled about his allegiance as a dual citizen of both the Philippines and the United States. 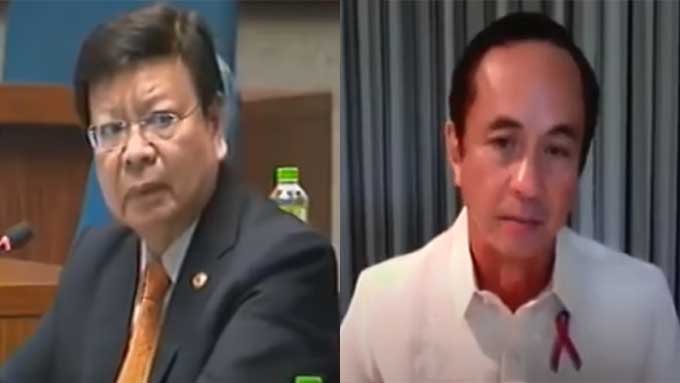 After about 16 seconds of silence, Marcoleta called on Congressman Carlos Zarate if he can coach Lopez who didn't immediately answer his query.

Lopez laughed at Marcoleta's remark, but continued to briefly exchange words with the person next to him, before he finally recited the line "Iniibig Ko Ang Pilipinas."

Congressman Zarate was not amused, however, by Marcoleta's "side comments."

Zarate actually asked for it to be removed on record, insisting that he has his "own time" should he wish to interpellate Lopez.

Filled with wry humor, netizens seem surprised that the issue on Lopez's allegiance all came down to whether or not he knows "Panatang Makabayan" by heart.

As it happens, a lot of netizens commenting on the incident can't seem to remember the Patriotic Oath since they themselves haven't recited it for years.

Some are plainly annoyed at Marcoleta for asking what they deem to be a frivolous question when more important matters are awaiting to be discussed during the hearing.

At least two netizens point out that Marcoleta even cited the Philippine National Anthem as "Bayang Magiliw" instead of "Lupang Hinirang."

The House deputy speaker has actually clinched the third spot in Twitter's list of trending topics because of the same issue.