Rabiya Mateo arrives in the U.S. for Miss Universe 2020 pageant 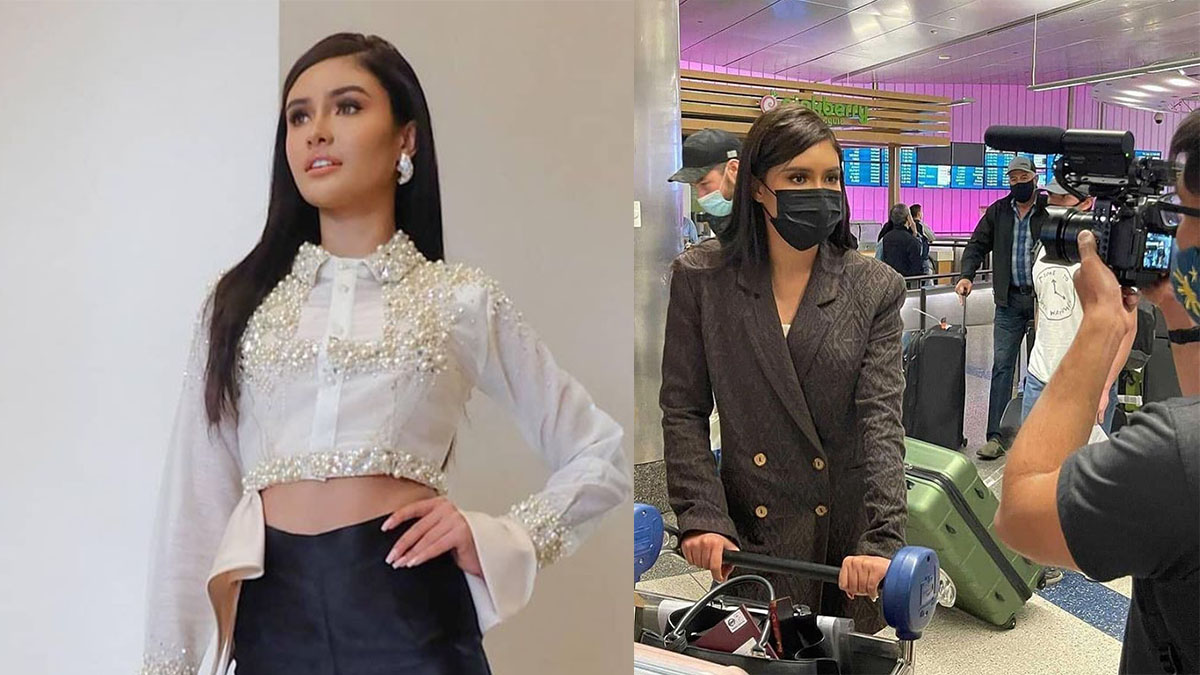 Philippine bet Rabiya Mateo arrived in the U.S. on Saturday, April 10, 2021 (Philippine time), for the Miss Universe 2020. Rabiya is currently in Los Angeles, California to attend some pre-pageant activities. The grand coronation will be happening on May 16, 2021 in Hollywood, Florida.
PHOTO/S: @rabiyamateo / @heyadamg / @jay_p_inla on Instagram

Pinay beauty queen Rabiya Mateo has already arrived in Los Angeles, California, in time for some pre-pageant activities ahead of the Miss Universe 2020 pageant.

The 24-year-old Ilongga is set to compete with around 80 candidates from all over the world for the Miss Universe crown.

The pageant's grand coronation night is scheduled to happen on May 16, 2021, at the City of Hollywood in Florida.

Rabiya boarded her flight to the U.S. Friday evening, April 9, 2021, with some of her team members including Miss Universe Philippines' creative director Jonas Gaffud.

Before her flight, Rabiya updated her Instagram and wrote, "Lalaban para sa bayan."

In her interview with ABS-CBN reporter Dyan Castillejo, Rabiya expressed how excited she is for the Miss Universe pageant.

She said, "There's a mix of emotion. I'm happy but at the same time, I'm nervous but that's completely normal. But I'm excited to go to the U.S.

"This is my first international flight and I can't wait to meet the other candidates from the different countries."

Rabiya arrived in Los Angeles, California, Saturday, April 10, 2021 (Philippine time), to attend some pre-pageant activities with skincare guru Olivia Quido-Co of O Skincare & Spa, one of the sponsors of the pageant.

Aside from Rabiya, Miss Universe El Salvador Vanessa Velásquez is also expected to participate in the said event.

In her interview with U.S.-based ABS-CBN journalist Steve Angeles, Rabiya asks her fans to pray for her and support her on her journey to get the country's fifth Miss Universe title.

Rabiya is the first candidate sent by the Miss Universe Philippines Organization to the pageant after it officially acquired the franchise for the local pageant, formerly owned by the Binibining Pilipinas Charities, Inc.