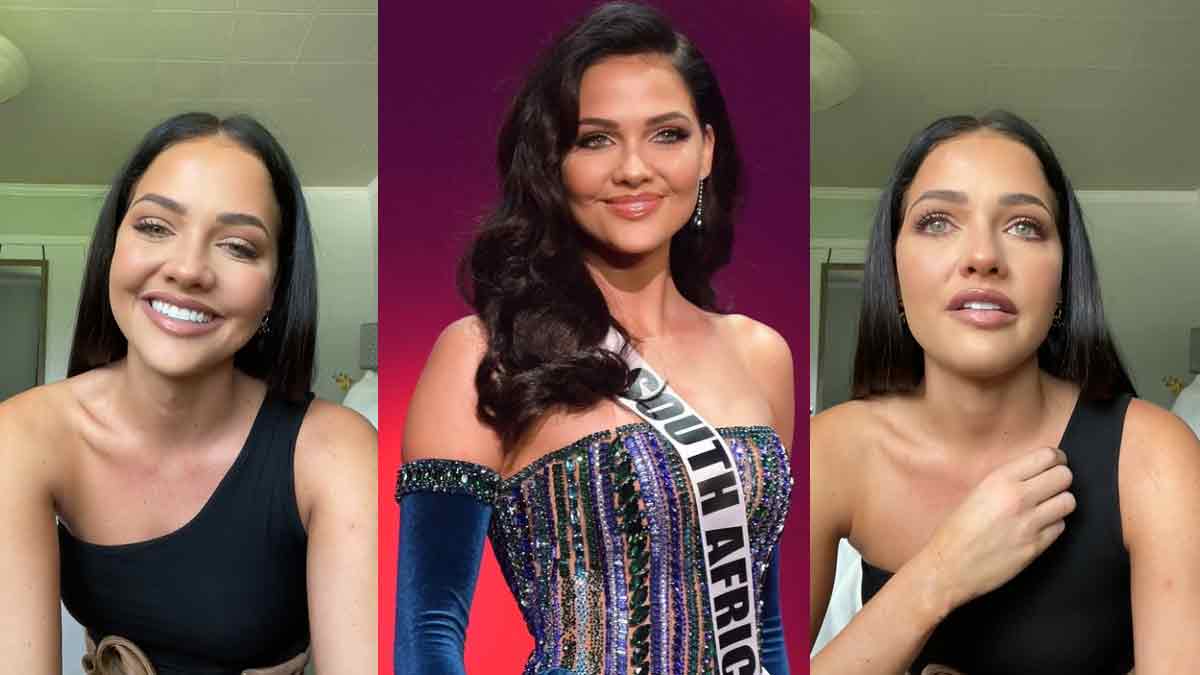 Miss South Africa Natasha Joubert reflects on her Miss Universe 2020 journey and admits it's still "hard to accept" the outcome of it, especially since it breaks her country's three-year winning streak at the pageant.
PHOTO/S: @natasha_joubert on Instagram

Miss South Africa Natasha Joubert took to Instagram on May 21, 2021 to reflect on her Miss Universe 2020 journey and to thank all of her supporters for the love they have shown her the past week.

The 23-year-old beauty queen-model said in the beginning: "It's really lovely to see people actually asking how am I feeling and how am I doing. The support that I've been receiving is unbelievable.

"I didn't think I'd cry so early, but it's simply because of all the support I've been receiving and the lovely messages and comments.

"I'm so, so grateful to have been able to represent South Africa and make you guys proud."

Natasha was among the candidates who participated in the 69th edition of Miss Universe on May 16 (U.S. time.)

Pageant fans considered Natasha as one of the top contenders for the finals, but to everyone's surprise, the South African beauty didn't make it to Top 21.

Miss Universe 2015 Pia Wurtzbach even took to Twitter to express her sympathy for South Africa. She acknowledged the hard work the country's team had put out, saying that their passion for the competition was similar to the Filipinos.

Many others sent messages of support and comfort to Natasha, especially since the loss meant it broke the three-year winning streak of South Africa in the prestigious pageant.

Starting with the win of Demi-Leigh Nel-Peters in 2017, South Africa made an appearance in Top 2.

Tamaryn Green was a runner-up to Catriona Gray in 2018. Then South Africa reclaimed the Miss Universe crown in 2019 when Zozibini Tunzi won the title.

Tunzi later made Miss Universe history as she held the title for two years, the longest reign so far.

Reflecting on this, Natasha admitted that it was "hard to accept" and she was "still trying to understand" the outcome.

"It was extremely hard standing there and knowing that South Africa did so well for three years.

"But I gave everything and I'm proud of myself for standing there. And I overcame so many things that I struggled with for such a long time...

"I have done everything I could. I gave my best. I showed up 110 percent."

Despite the outcome, Natasha said her Miss Universe experience was "really everything I could have wished for and more."

She felt "at peace" with everything she did and felt "content," especially with her performance at the preliminaries where she received good feedback.

Her whole pageant experience had taught her to "embrace" her vulnerability. It had also "fueled" her to keep working hard.

A number of Natasha's Miss Universe sisters left messages of support and love on her Instagram Live's comment section.

Our own Rabiya Mateo told Natasha:

Miss Puetro Rico Estefania Soto Tores, who was Natasha's roommate during the competition, expressed her love for her fellow beauty queen: