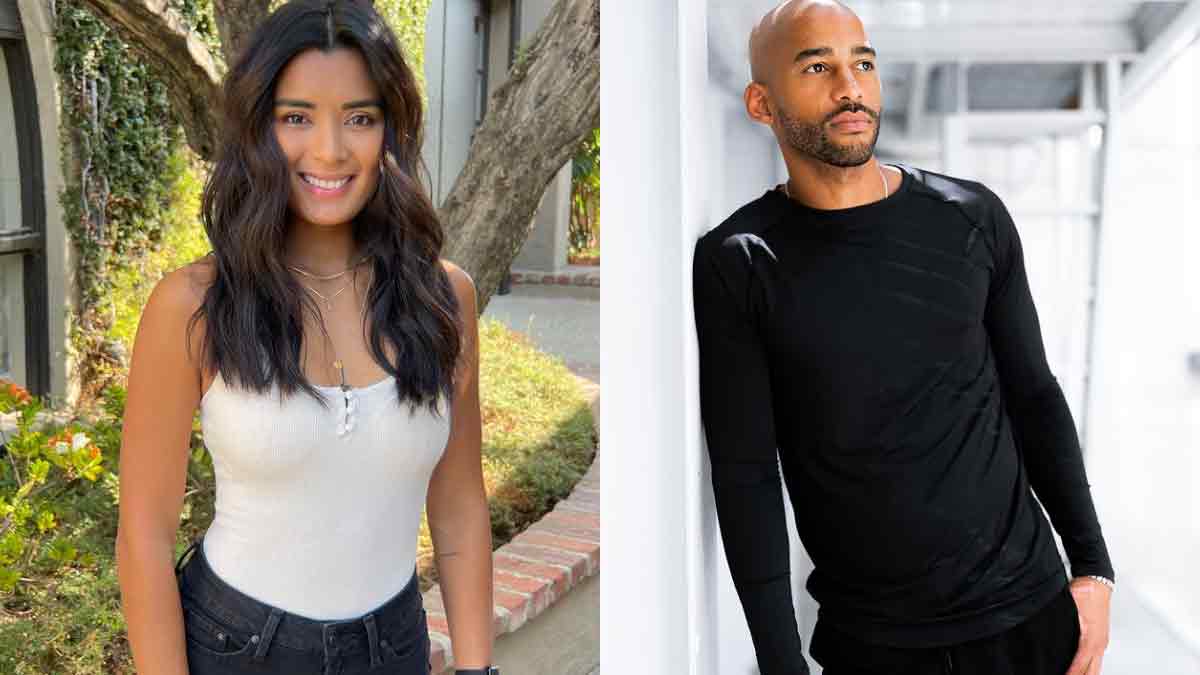 Despite going through divorce, Michelle Madrigal (L) and Troy Woolfolk (R) still live together in their family house and continue to navigate co-parenting for their four-year-old daughter Anika (not in photo).
PHOTO/S: @mitch_madrigal / @twoolf29 on Instagram

In the vlog, Michelle gave an update on her divorce from soon-to-be ex-husband Troy Woolfolk.

The former actress had been reflecting on her relationship with Troy, revealing that one of the major reasons behind their divorce was lack of compatibility.

"The chemistry was there obviously. Like, we were so in love," Michelle said, referring to her viral love story with Troy.

"And the difference between chemistry and compatibility, right? I think the reason why this marriage did not work was because we weren't really compatible.

"If you guys know our story, everything was expedited within six months of dating. We had a baby and all of that. Huge transition, right? I moved to another country with no family. I was in love."

But Michelle realized too late that chemistry wasn't a strong enough reason for a couple to stay together.

She continued: "You guys may or may not like the same things, but kind of ignore that when you have chemistry because you’re focused on that energy. They give you butterflies—you're so attracted to this person.

"And sometimes you ignore red flags. You kind of forget about your core values. That's where compatibility comes in.

"If you're not compatible, I think most marriages or relationships, in general, don't last because they're not very compatible with the person that they choose to be with.

"And this is why I never fully understood before to just date and see who is there for you. I literally dated Troy and fell in love and we had a baby."

Still, Michelle underlined that she has "no regrets" because her relationship with Troy led to having her four-year-old daughter Anika into their lives.

"If you like to travel and the person that you’re with doesn't even want to get on a plane or hates road trips and all of that, you guys are going to clash.

"The most important part is being compatible with someone."

Michelle also clarified that there was no third party involved in their decision to divorce.

The actress turned fitness trainer said, "There's no third party on his end or on my end.

"It was just a mutual decision to really separate, and we're not gonna get into that nitty-gritty details. You guys don't need to know that.

"But yeah, it was very amicable. We were both unhappy."

This revelation aligned with the brief statement Troy posted on his Instagram in August when the couple announced their separation and divorce.

He said that there was "no drama," adding that they were "probably better as friends than husband and wife."

In the same birthday vlog, Michelle revealed that she and Troy were still living under the same roof: "We still live in the same home. Separate rooms."

She acknowledged that their setup is "kind of hard," but they had been "learning on how to talk, how to become mature about things and not get triggered by the little details here and there."

The 33-year-old social media personality added that she does plan to move out from their house soon, and it felt strange to leave behind a house she and Troy once built together.

Michelle said, "Eventually one of us—or I—will be moving out of this house that we've pretty much built together. I've designed everything here. I styled, picked out all the decorations, and it's crazy that I'm going to move out of this place that we've created."

She then admitted that moving out would be a "huge transition" not just for herself, but for her daughter Anika.

The mother of one said that her daughter is doing "okay" so far and has yet to fully understand the situation.

Michelle and Troy are determined to take care of their daughter together.

"We just want to be there for our daughter. It's really important for your kids to see that you guys are still a team no matter what the circumstance is...

"It takes a lot of maturity to be in that space and be able to co-parent in this situation... I'm glad we're able to still be there for Anika."