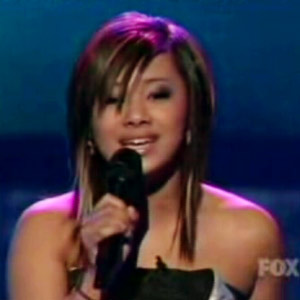 "I don't know where she gets it, but she definitely has the talent, the potential and the confidence to make it," Ramiele Malubay's neighbor Isidra Yokose said about the Filipino-American talent in an interview with the Associated Press. "We are so proud of her, and we have all the faith in the world that she will make it big."

Ramiele Malubay, the diminutive Filipino bet in the current season of American Idol, has the entire support of her countrymen as the program enters its final and deciding stretch.

"She is incredibly special to us and to the rest of the Filipino community," said family friend Genny Panaligan-Ke in an interview with the Associated Press [AP]. Genny founded the Watch ‘N Vote 4 Ramiele as a means to generate support for Ramiele's AI bid.

People close to Ramiele expressed disbelief at first when they heard that the 20-year-old Filipino-American was trying her luck in the popular talent search show. The thought of Ramiele subjecting herself to the mercy of judges Paula Abdul, Randy Jackson, and most especially Simon Cowell, was simply inconceivable. Ramiele, as observed by many of her friends, is painfully shy in front of an audience.

Seeing Ramiele breeze through the program, family and friends couldn't help but recall a particular incident that happened a few months ago. According to the story, Ramiele was cajoled by her parents to render a song number as a birthday present to high school friend Arthur "AJ" Ke during a party. But instead of springing to her feet to grab the microphone, Ramiele rolled her eyes and hid in one corner.

Ramiele's apprehension about her abilities might have stemmed from her failure to land a spot in American Idol last year. Her decision to take a second crack was mainly because of her father's incessant prodding and encouragement.

"I think she was lacking a bit of that confidence and didn't want the people close to her to expect too much from her," shared neighbor Isidra Yokose.

Yokose's observation was fairly accurate, at least during the early goings of Ramiele's campaign for Season 7. In her audition, Simon Cowell dismissed the 4'11" aspirant by comparing her to a "hotel singer." Fellow judge Randy Jackson, however, saved Ramiele from being axed for the second time by offering a kind remark. "You definitely got a big voice for a very cute, smaller girl," Jackson quipped, soothing Ramiele's bruised self-esteem.

NO BIG DEAL. Joining American Idol automatically turns the contestants into instant celebrities, and that involves digging up the contenders past and background.

Just recently, unflattering photos of Ramiele started popping up in cyberspace. The images showed Ramiele naughtily fooling around with a co-worker.

"It's not a big deal," she wrote nonchalantly on her blog in MySpace. "For me, those photos are not racy. But if you think they are, it's okay, that's your opinion. ... It has nothing to do with the show, which is looking for the next singing superstar and not looking for the perfect human."

Ramiele's strong showing reminds everyone of another Fil-Am favorite, Jasmine Trias, who wound up finishing third in American Idol Season 3.

In an earlier interview, Ramiele made a modest comment when the name of Jasmine and her inspiring AI run was brought up.

"First Filipino 'American Idol,' that's kind of still a surreal reach," Ramiele shared. "I don't want to be ahead of myself. I don't want it to go fast. I want it to just come as it does. I'm really excited to just get onstage and show everybody what I can do."

Ramiele survived the first elimination round in the finals of American Idol earlier today. Although the judges did not like her performance of "In My Life," she was declared safe by Idol host Ryan Seacrest.

The bottom three this week are Syesha Mercado, David Hernandez, and Kristy Lee Cook. In the end, America voted and decided to boot out former stripper David Hernandez.