Julia Barretto on younger brother Leon: “I’m grateful he spoke up and he protected us.” 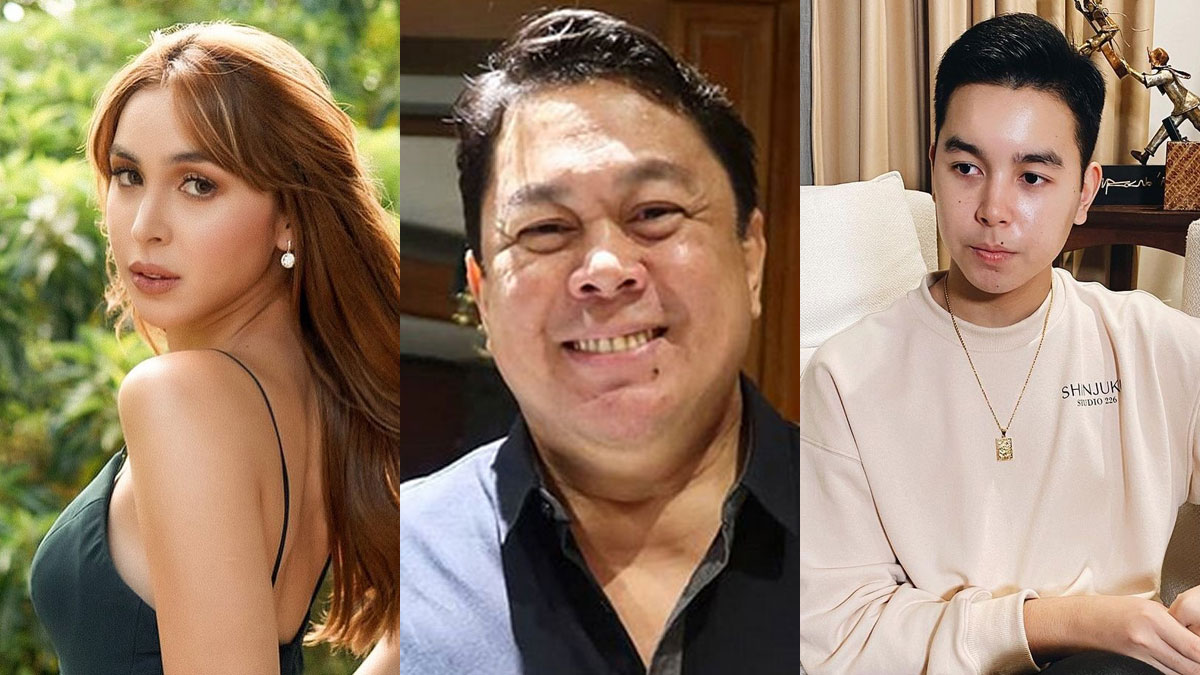 Julia Barretto on father Dennis Padilla and brother Leon Barretto trading barbs on public: "I was very pained, but not cried, because I think it wasn’t new, but it was more like pain because, before, it used to be between my dad and I, and now it’s between my younger brother and my dad."
PHOTO/S: Courtesy: Instagram

"But it was more like pain because, before, it used to be between my dad and I, and now it’s between my younger brother and my dad.

“And it’s painful because, sometimes, kung puwedeng sa akin na lang all the pain. If I could just spare my siblings from traumas from certain conversations.”

Aniya, “It did pain him to watch him go through what I had to go through but he’s brave.

“He’s very brave. I love him because now he’s the man of the house.

“And he’s so protective and he’s the youngest pa. I’m grateful he spoke up and he protected us.”

Sagot ni Julia, “Oh, yeah, I think it’s possible. But I do hope though that there’s healing between everyone and na ma-resolve.

Saad niya, “I'll be very honest, we have not spoken, and it's because there's just so much fear inside me now, if I'm being very open.

“You know, I kinda just want to huminga lang muna from that cycle.

"And, you know, I've just been praying also na, I don’t know, maybe in God's time and way na, you know, mag-meet kami in the middle without having to get hurt again.”