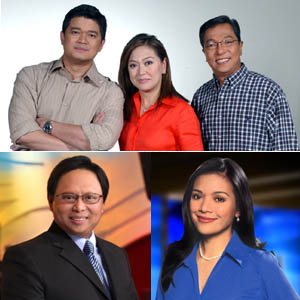 The 32nd Catholic Mass Media Awards honored publications, TV and radio stations that have promoted Christian values in outstanding ways for the past year. Through this annual event, the Archdiocese of Manila hands out trophies to values-oriented work in student communications, radio, print, television, cinema, music, the Internet and advertising.

The awards were given last night, October 13, at the University of Santo Tomas Medicine Auditorium in Manila.

This year's winners were chosen from entries that were published or aired in the mass media from May 2009 to April 2010. The winners exemplify CMMA values—Love for God; Love for Truth; Respect for Natural Environment; Promotion of Positive Filipino Values; and Love for Family and Life.

TV5's lone CMMA trophy was for the Jesuit Communication Foundation's show The Word Exposed, which was hailed as the Best Religious Program.


FILM. In the cinema category, Unitel's The Red Shoes got a special citation from the award-giving body. Starring Nikki Gil and Marvin Agustin, this indie film tells the story of a young boy who keeps a pair of red stilettos as a way of holding onto his past with a loved one.


Here is the list of winners in the 32nd Catholic Mass Media Awards for 2010:

Best TV Special - Manaoag: The Call of the Virgin (Provincial Media Board Dominican Province of the Philippines / GMA-7)