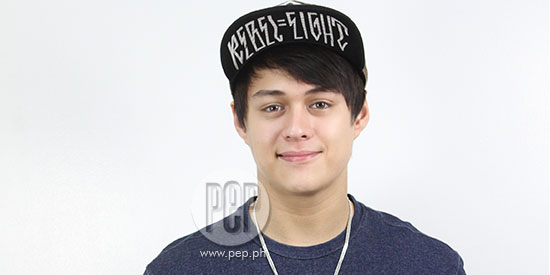 First, he just finished promoting She's The One, which stars Bea Alonzo and Dingdong Dantes, and opened in cinemas on October 15.

Of the film, he said, “It’s about appreciating what’s there, before you lose it."

Of Dingdong, he revealed that the Kapuso Primetime King is actually a relative.

Aside from the movie, he has an album, King of the Gil, and a concert of the same title in Smart Araneta Coliseum on November 29.

Now why is Enrique a hit among female fans?

And even if he was paired with various actresses—Kathryn Bernardo, Liza Soberano, Kathryn Bernardo, and Bea—the KathQuenatics, LizQuen, JulQuen, and BeaQuen loveteams all gained a fan base?

Maybe, it's with the way he moves.

Hence, we asked: if he were to dance with any of his leading ladies, what tune is he going to pick?

But who's his favorite leading lady?

A pause before he answered, "Julia!"

Find out why: first episode of PEPtalk with Enrique Gil.