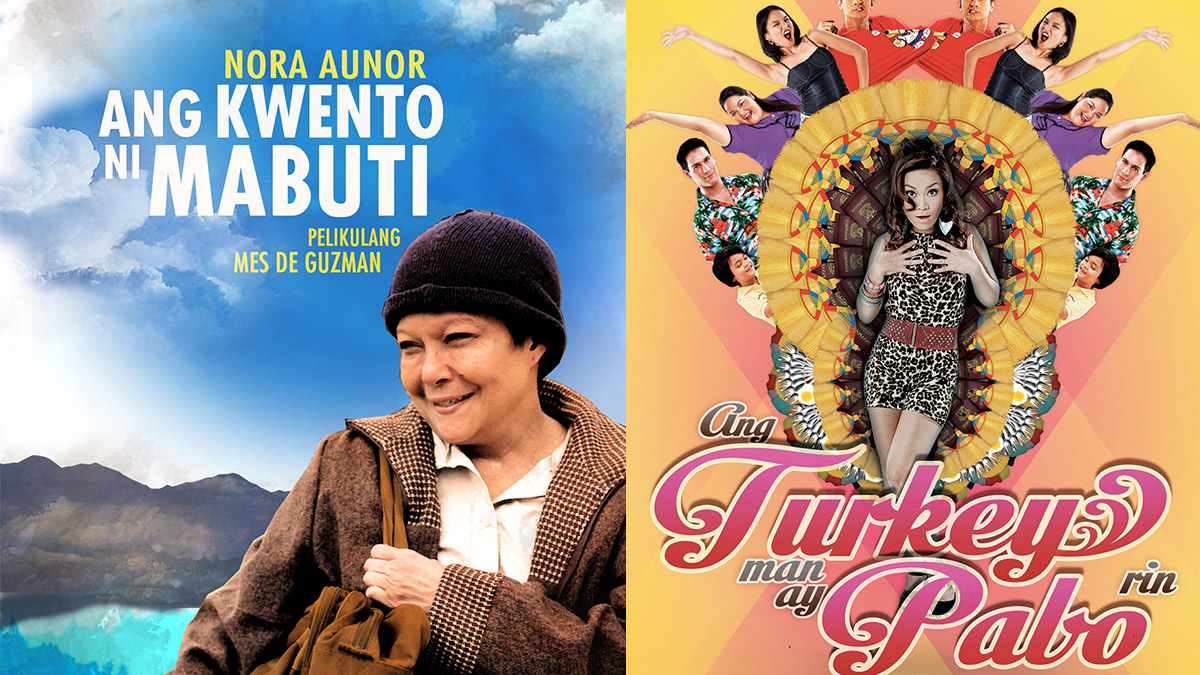 The CineFilipino film festival continues to thrive in becoming one of the prime sources of award-winning films and directors, not only in the Philippines, but in the international arena as well.

After all, this local film festival's goal has been clear since its inception in 2013, and it’s aptly captured in its tagline—"Kwento ang Hari."

CineFilipino has since become a launchpad for filmmakers to tell their stories and craft their vision into a visually appealing film that will leave viewers at the edge of their seats and take away important lessons that will leave a mark in their lives.

As CineFilipino enters its fourth edition this 2019, it continues to search and hone the craft of aspiring filmmakers who would soon become critically acclaimed, world-class directors, through their feature films or short films.

PEP.ph (Philippine Entertainment Portal) takes a look at five directors who started their journey in CineFilipino and are now known to be successful filmmakers:

Her humble beginnings started in 2013 when she directed the CineFilipino entry Ang Huling Cha-Cha Ni Anita, starring Therese Malvar and Angel Aquino. The movie bravely tackled a story of a teenage woman who fell in love with a much-older woman. 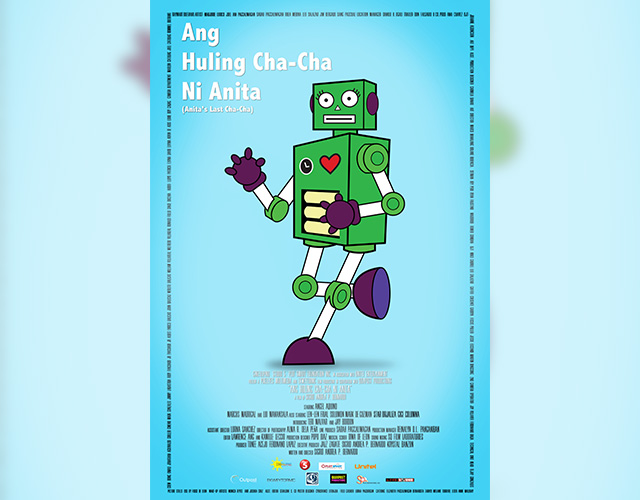 It was awarded as the Best Picture at CineFilipino along with another entry, Ang Kwento ni Mabuti. The awards did not end there, as the film traveled over 30 film festivals around the globe—it won the Lesbianism & Gender Award during the 2015 Zinegoak Bilbao International GLT Film Festival held in Spain.

Bernardo has now crossed over to doing mainstream films. Currently, she is the director of an upcoming adult movie starring Cristine Reyes and Xian Lim.

Ice Idanan joined the second CineFilipino Film Festival in 2016 with the movie Sakaling Hindi Makarating, serving both its director and cinematographer. It was top-billed by Alessandra de Rossi, JC Santos, and Pepe Herrera. The movie won second Best Picture in the film fest, and it gave Ice her first Best Director win. It was also released theatrically in February 2017. 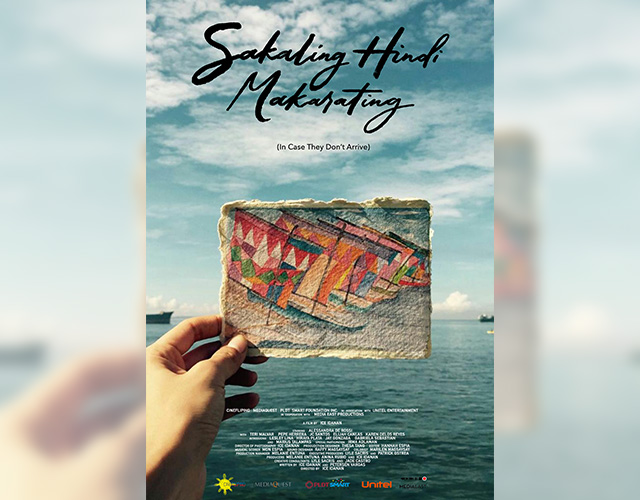 It opened doors for Idanan, who was then tapped to direct the 2019 movie Stranded, starring Jessy Mendiola and Arjo Atayde.

Randolph Longjas first joined CineFilipino in 2013, via the comedy film Ang Turkey Man Ay Pabo Rin. Due to its commercial appeal, the film was turned into a TV series, Kano Luvs Pinay. 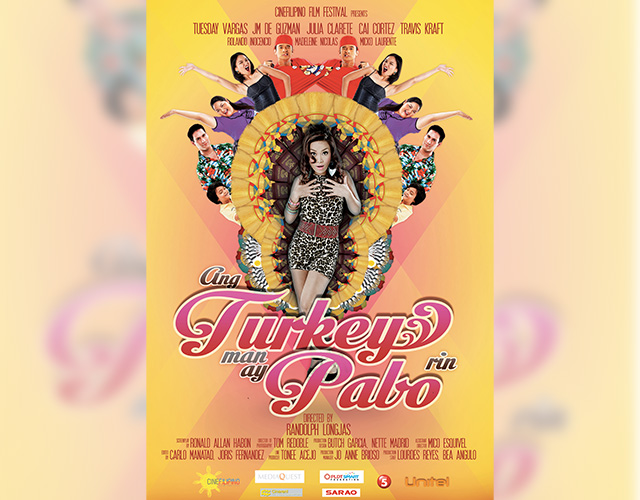 Longjas returned on the second year of CineFilipino in 2016 via the entry Star Na Si Van Damme Stallone, starring Candy Pangilinan. It won the third Best Picture during the festival. The movie also became part of the 1st Pista Ng Pelikulang Pilipino, which was spearheaded by the Film Development Council of the Philippines, and was shown nationwide. 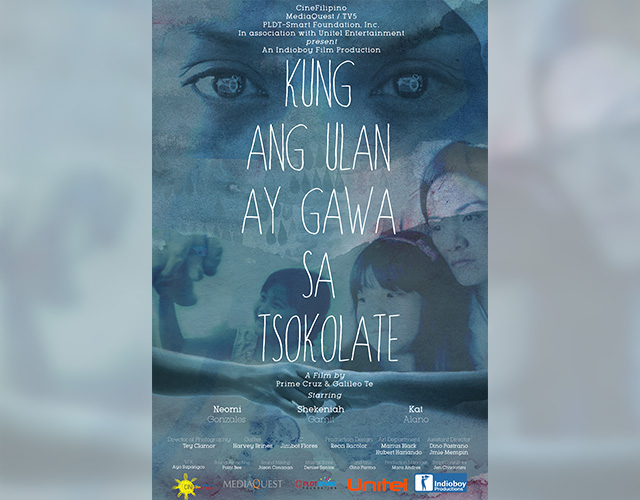 In the same year, he went on to direct the full-length film Ang Manananggal sa Unit 23B. Originally shown in the 2016 QCinema film festival, it was able to get a theatrical release at the first Pista ng Pelikulang Pilipino in 2017.

Not long after that, Cruz crossed over to mainstream media, directing Gerald Anderson and Arci Munoz's Star Cinema movie Can We Still Be Friends?, which was shown in 2017. In the same year, Regal Films tapped Prime to do the horror movie The Debutantes.

Dwein Baltazar joined CineFilipino in 2018 via her drama entry Gusto Kita With All My Hypothalamus. The film, which is Baltazar's love letter to Quiapo, received the second Best Film award during the festival. It also swept the awards at the recently concluded FAMAS Awards, winning Best Picture, Best Director, and Best Original Screenplay. 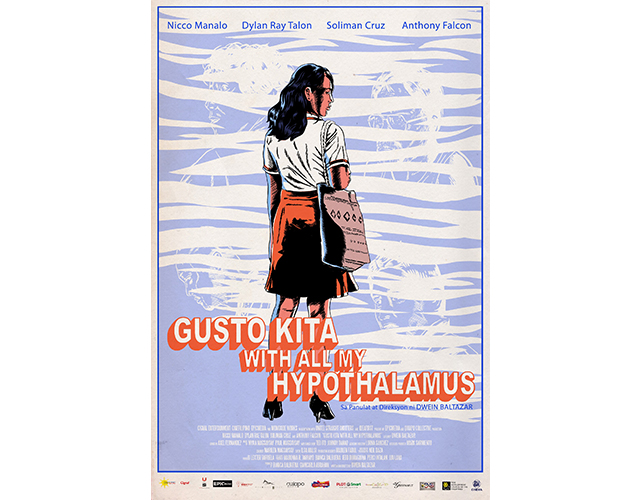 After writing for GMA News and Public Affairs's original drama series, I Heart You Davao, Baltazar wrote the screenplay for Dan Villegas's Black Sheep-produced movie Exes Baggage. The movie featured the love team of Angelica Panganiban and Carlo Aquino, and served as their reunion project. The film ultimately became a box-office hit.

Baltazar also directed the critically acclaimed film Oda sa Wala, which was an entry to the 2018 QCinema Film Festival and has since been featured in film fests abroad.

This 2019, Baltazar was given a chance to write and direct an original series for ABS-CBN's streaming platform, iWant, with Past, Present, Perfect. Featuring Shaina Magdayao and Loisa Andalio, the series has become one of the most-viewed original content for iWant.

CINEFILIPINO CALLS OUT FOR ENTRIES

A film festival organized by Cignal Entertainment and Unitel Straight Shooters Media, CineFilipino has proven to create opportunities for filmmakers in the country, and there are definitely more filmmakers with the same aspirations, itching for the same chance given to the aforementioned directors.

CineFilipino is still accepting entries for its fourth edition, with all the instructions, mechanics, and application forms listed on its official website. The deadline for applications on feature-length films is August 9, 2019, while the deadline for short films is on August 30, 2019.

CineFilipino has also adapted through the ever-changing times in terms of entertainment. After the film entries are shown in cinemas, they will also be available on easily accessible platforms Cignal TV and the streaming service Cignal Play.

This article was created by Summit Storylabs in partnership with Cignal Entertainment.
Shop the items in this story!
Website
http://cinefilipino.com/