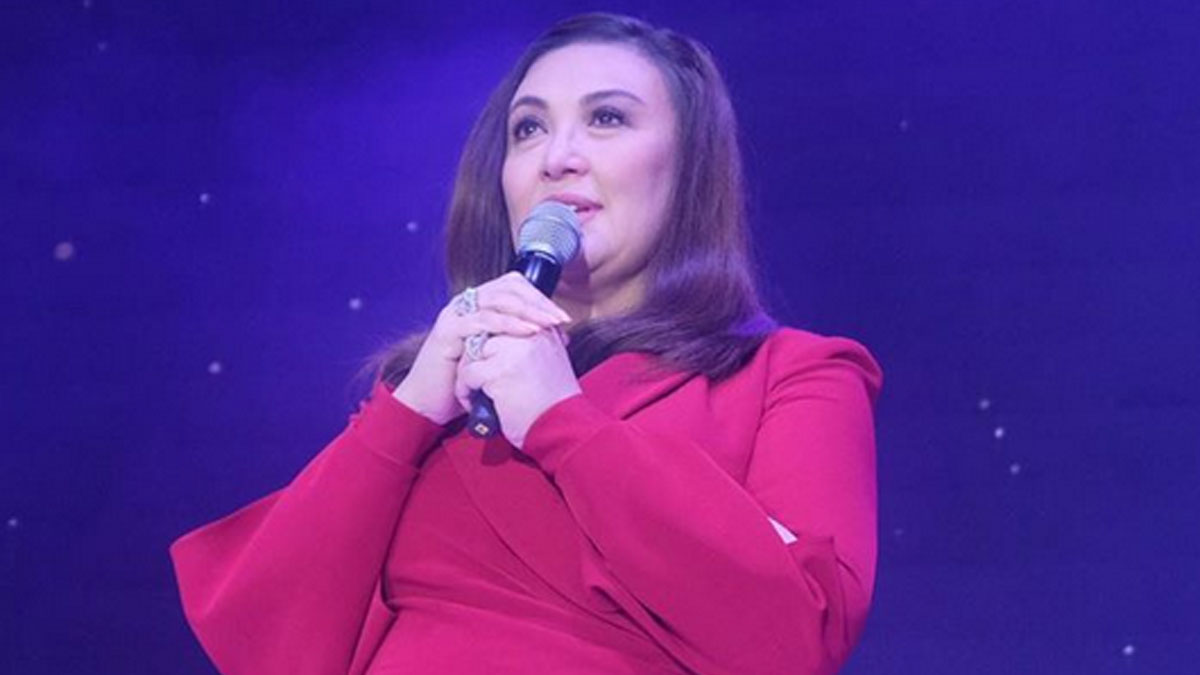 A tribute to the one and only Mega Star, Sharon Cuneta! Truly deserving of the very first VIVA ICON award! #VIVACON

SHARON CUNETA: "VIVA MADE ME."

Lahad ni Sharon, "Viva stands for Vina Vanessa, the three-year-old daughter of Boss Vic and Mama Mina [Aragon] who perished in the fire at their home, and I don’t know if you all knew that.

"So from the beginning, from the name pa lang, may meaning na.

"She passed away 1980. And Mama was told she’d never have children again and, lo and behold, before we knew it, she’s pregnant with Valerie.

"When Valerie came out, she look almost exactly like her Ate Vina [Morales] and then later, VR, Vicente Rafael, my inaanak sa binyag and sa kasal.

"Before Veronique and Vincent and Valerie and VR became bosses, we would get together every Sunday after GMA Supershow, I would go to Sct. Madrinan.

"So I felt very bad when they turned it to Amerasian recording studios ‘coz it was my home for so long.

"My mother used to be so jealous of Mama Mina..."

"And, even now, as I’m not really exclusively with Viva, because after all our successes, we both grew.

"And I’m very happy for my Viva family because they’re really a powerhouse now.

"So many stars, so many successes and, I think, I’m very, very touched tonight because I didn’t expect to remember little Sharon…"

"I want to thank Tito Eddie Garcia, my first director in Viva, also my first father in a movie. It’s really the end of an era.

"And I have Robin and Direk Eddie to thank for that.

"Tito Eddie Rodriguez is also in heaven… they’re all in heaven.

"I want to thank Willy Cruz, who’s also in heaven for my beautiful theme songs, 'Pangarap na Bituin,' 'Bituing Walang Ningning,' 'Sana’y Wala Nang Wakas'; Rey Valera for 'Maging Sino Ka Man' and countless other hits, for giving soul to every hit movie that we made at Viva.

"I want to thank Papang Leroy Salvador, Tito Maning Borlaza... my God, they’re all in heaven, and all my directors and co-stars after those first few movies... Gabby Concepcion, of course.

"I just like to dedicate this special honor to my father, "pagtukoy ni Sharon kay former Pasay City Mayor Pablo Cuneta, "who was so brave to bet on his bunso and so brave to pick up the phone and say, ‘Vic, mag-produce tayo.'

"And later on, just let Boss Vic to take over the whole company.

"And, most of all, next to my dad, I want to thank and dedicate this honor to Mama Mina.

"It’s hasn’t been the same without you Mama, I still look for you when I still talk to you.

"She picked my projects from komiks and she made me read the Tagalog dialogue in komiks out loud because I was better in another language, so she had to get me used to Tagalog dialogue.

"I didn’t think I would come this far, but it would have been a million times more special if you were still here, but I know you’re with us here…”