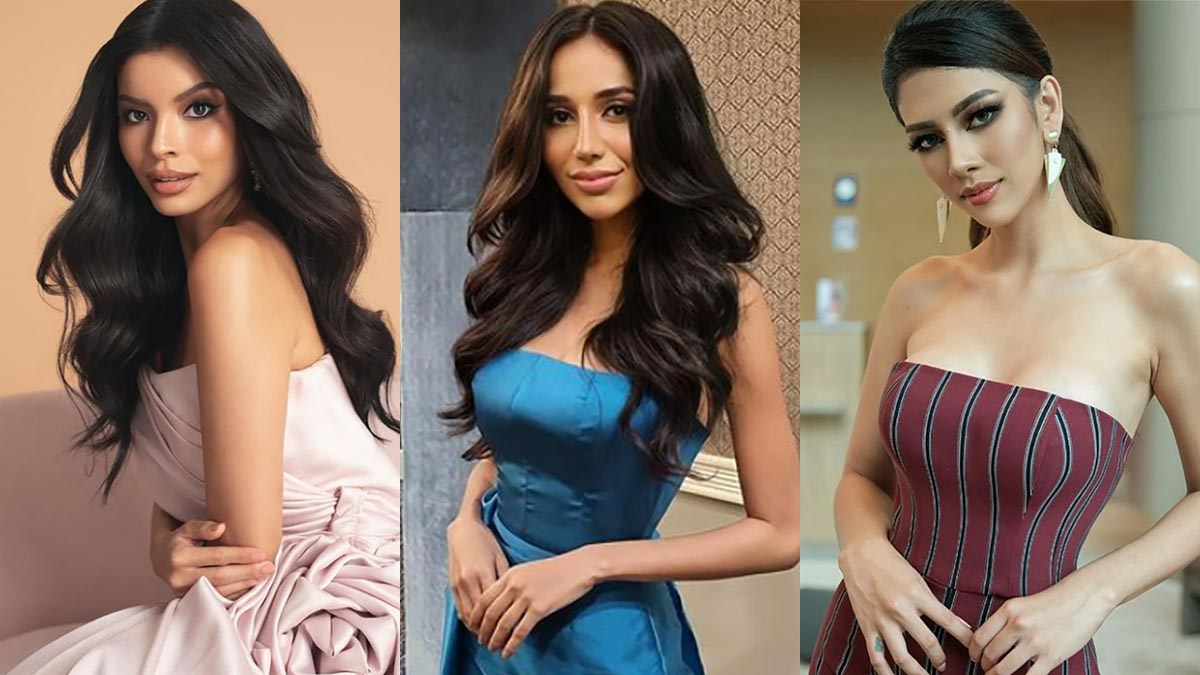 “I grew up a theater kid. So, even if my mom could barely make ends meet, she made sure that she had a budget to send me to acting workshops,” kuwento ng 24-anyos na si Stacey kamakailan via Zoom.

“Because she knew that would make me a more empathetic, compassionate human being.

“And I absolutely fell in love with the craft. Our deal was, ‘When you graduate high school, you can spread your wings and perhaps sign with an agency, and have more liberty in terms of pursuing this dream.’

“So, as soon as I graduated high school, I took as many acting workshops as I could.

“It led me to a few potential managers but ultimately I signed with Viva and worked for them for five years.

“And that was an absolute thrill. My first ever recurring role was Luna Sangre on ABS-CBN. Isa po akong bampira.

“And just my luck, I was along side Bea Rose Santiago, our Miss International, and MJ Lastimosa, our Miss Universe Philippines who finished in the Top 10.

“So, they were the first two people from the pageantry world that truly planted that seed of, ‘Maybe you should join.’

“So, obviously when Bea and MJ said that, it was you know in the back of my mind, ‘That’s cute!'’

“But I didn’t really know that… I wasn’t familiar with the full picture of what pageantry actually entails.

“Of course, I’ve been a pageant fan all my life but my focus, my heart, my whole heart was in acting.

“And I was determined to make my impact. So, fast forward to last year… we hosted the first people, first family we ever hosted since the pandemic, at home since the onset of COVID — the Muhlach family, Tita Almira Muhlach and her daughter Illa.

“So, that was the running theme for the entire dinner, ‘We’re here to urge you to join. You have to join!’

“And at the time I was in the depth of depression. My confidence had plummeted. I just had no belief in myself. My self-image was at an all-time low and I thought, ‘Hmmn, this is not for me right now.’

“And finally when I felt as though I was more mentally and emotionally ready, I asked Tita Ruffa Gutierrez who’s a friend of my mom, to connect me with Aces and Queens.

“With her help, and also Ate Yssa’s help, I was able to meet Tito Gerry [Diaz] of Aces and Queens, and we had a lunch. And it was the same story.

“He convinced me, sort of nanliligaw po si Tito Gerry, e, whenever he meets a potential candidate. There’s an art, there’s a method to it, you know where he gives the lowdown.

“He instills the belief in us, that confidence in us. And from that meeting, literally the next day I went to an Aces and Queens screening to meet the rest of the team, and to get their blessing, to get their approval to join the team.

“And the day after that, I went to my first formal training…

“The reason I finally considered pageantry with my whole heart, with my whole mind into this journey, is because you know the pandemic held a mirror against humanity.

“Though I was sort of forced to reframe and redefine what happiness and what success meant to me, and ultimately I realized it’s not fame, it’s not money that I can spend my whole life.

“Just acting, hmmn, and advocating for those whose voices have been silent, I will be a happy woman.

“And when it dawned on me throughout my own self-discovery, pageantry is essentially acting meets advocacy — that instantly electrified me.”