Eric Quizon speaks of showbiz burnout and love for craft 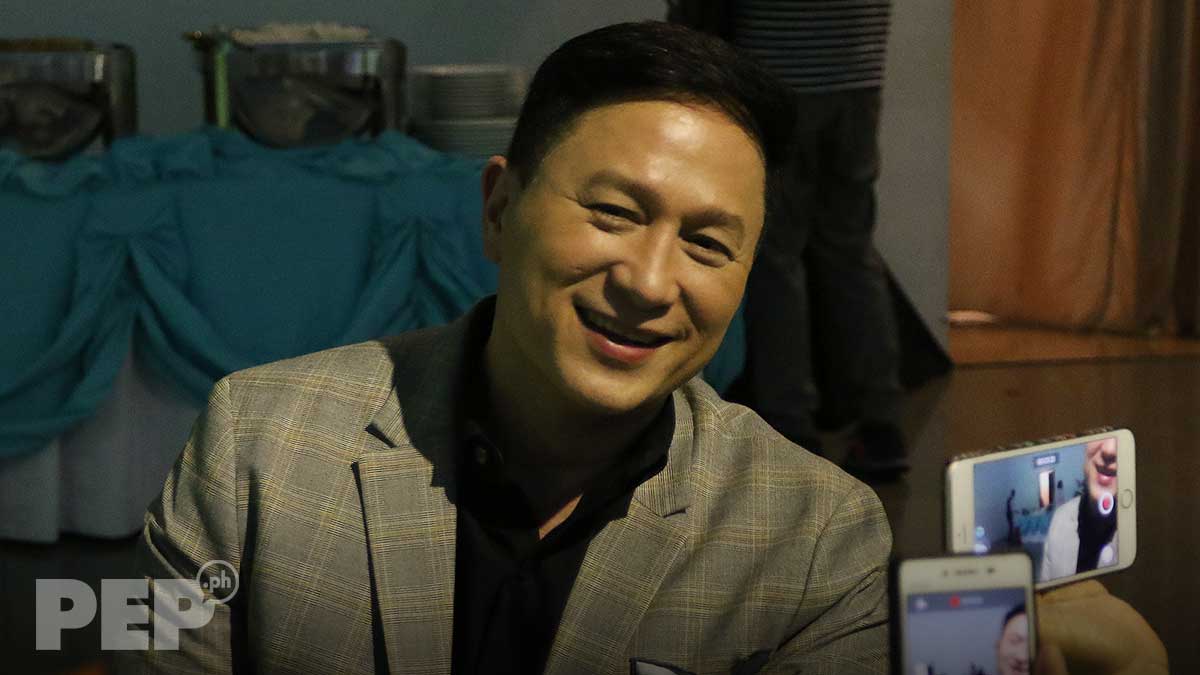 Eric Quizon recalls the peak of his showbiz career: “There was a time I was doing shows for five networks!"
PHOTO/S: Noel Orsal

At the peak of Eric Quizon's showbiz career, TV network wars did not exist.

The 52-year-old Eric was only 19 years old when he joined show business.

"Kasi when I started in this industry, we were movie stars then. We were part of Regal, Seiko, or Viva," says Eric, referring to the three biggest film companies at the time. 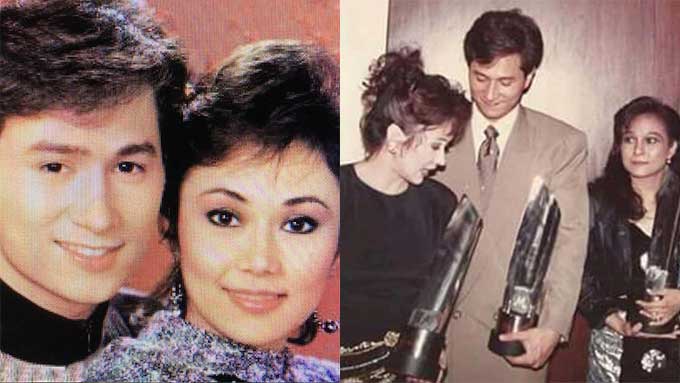 (In the left photo, Eric shows a photo of him and Pahiram Ng Umaga leading lady Vilma Santos. The right photo is a throwback from when he won Best Supporting Actor for the same movie at the Gawad Urian Awards in 1990. Eric says in his post that it was honor to be flanked by Vilma and Nora who tied for Best Actress.)

"And then, of course, with the advent of TV, the popularity of TV, nangyari is nalipat lahat, e.

"We were just being borrowed from Regal. Then we do shows for GMA, ABS-CBN...

"And then, kumbaga, parang there's no exclusivity because we were just borrowed."

Eric remembers signing contracts for TV projects, but these contracts were not limited to just one network.

"There was a time I was doing shows for five networks!" Eric recalls. "I was doing Loveliness with ABS-CBN, then Loveliness was moved to Channel 13."

Loveliness was a variety show hosted by Alma Moreno, whose real name is Venesa Moreno Lacsamana.

Eric and Francis Magalona were also co-hosts of the blocktimer Loveliness, which originally aired in ABS-CBN from 1987 to 1988, before its transfer to IBC 13 from 1988 to 1990.

About his back-to-back TV shows in the '90s, Eric continues:

"Meron akong show sa ABS-CBN, yung Ready, Get Set, Go! It lasted for seven years. It is a noontime show on a Sunday. Imagine, that was seven years!

"And then there was Buddy en Sol, it lasted for seven years as well. It was on Channel 9."

"I even had a show for Channel 4. I was hosting this parang Sine Ginto. It was a show talking about classical movies."

Eric's world was a far cry from today, when the stars who make it big in showbiz are often those considered "homegrown" or have exclusive contracts with a major TV network.

"During that time, I was only allowed to work with RPN 9, because nauna iyan, e. So ang trabaho ko was RPN 9 and ABS." 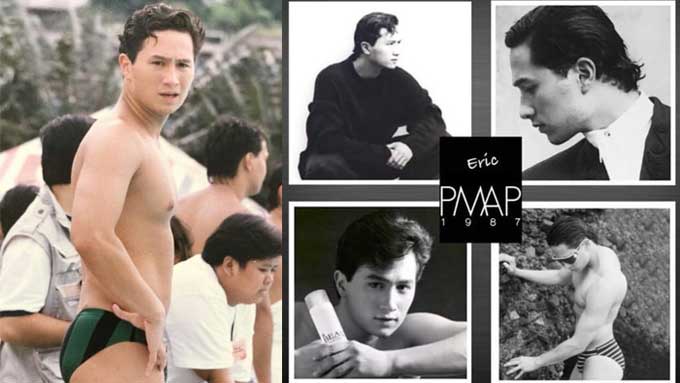 Eventually, Eric Quizon found himself getting more TV projects from GMA-7, where he also worked on groundbreaking fantaseryes as a director.

"And then, sometimes, ganun naman yun when you get older, minsan di ka na nila..." he says about the flow of projects stopping at ABS-CBN.

"So, lumipat ako sa GMA. I was given a very warm welcome.

Eric is talking about being cast in the 2001 Kapuso teleserye, Sana Ikaw Na Nga, starring Tanya Garcia and Dingdong Dantes.

"'Tapos naging interesting pa kasi yung character ko dun, naging asawa ko si Tanya. I saved her, pero I was gay. I was having an affair with Wendell Ramos."

It was a big deal on television because the show tackled gay affairs at a time when the LGBT— Lesbian, Gay, Bisexual, and Transgender—community was not as open and vocal as it is today.

"And yung mga tao were waiting for mga eksena namin ni Wendell. Kasi we had a discussion, kasi nag-survey sila at the time."

As for his projects as a TV director, Eric is happy to say that most teleseryes he handled rated well and lasted from "nine months to a year."

"Ay, no naman. But I got burnt so much that I moved to another country.

Eric goes on to say that he had other career options. After all, he had a working visa in the United States, and he was considered a resident of Hong Kong at the same time.

He chose to stay in Hong Kong and went into producing concerts and events.

"I was into live entertainment. I was producing concerts. Pero yung trabaho ko, I’ll just oversee everything," he says.

"I am a creative director there and a producer. But ang ginagawa ko, I have a company, and then I subcontract another company to do the thing for me.

Eric also used his time away from the limelight to publish Dolphy: Hindi Ko Ito Narating Mag-isa, a biography of his father, Comedy King Dolphy, written by Bibeth Orteza.

It was a tribute to Dolphy in time for his 80th birthday.

"For me it was a milestone because I wanted to do that for my dad," says Eric, who is considered by movie insiders as the most accomplished of Dolphy's sons.

"And then, I was able to do a world tour for the book with my dad and my whole family. 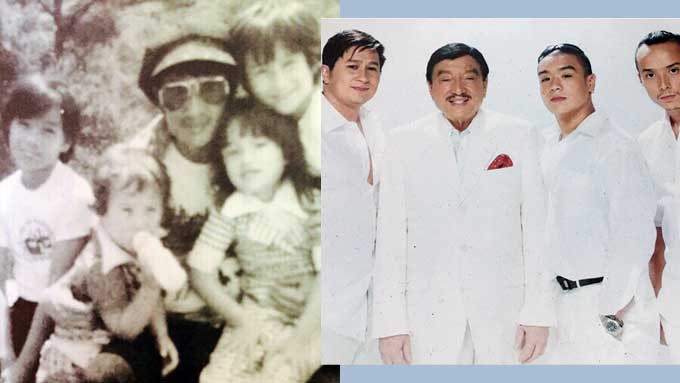 FOR THE LOVE OF HIS CRAFT

His showbiz hiatus lasted two years. Eric returned to acting and directing via the 2009 Metro Manila Film Fest entry Nobody, Nobody But Juan, top-billed by his father Dolphy.

Talking about the inevitable pull of showbiz, Eric remarks, "I got burnt out, but of course, I ended up wanting to do it again."

Eric has been in show business nearly 33 years, and he says candidly that this kind of staying power is harder for today's generation of stars who are "a dime a dozen."

As a movie and TV director, has he worked with primadonna stars?

Eric says that he was not the type of director who cusses when he's not satisified with work done on the set.

This 2019, Eric is part of the main cast of GMA-7's primetime series Sahaya, top-billed by Bianca Umali and Miguel Tanfelix.

He plays a greedy businessman out to grab the lands of sea-dwelling Badjaos in a fictional town in Mindanao.

At the same time, he is slated to direct an upcoming Regal Entertainment movie starring Maricel Soriano. 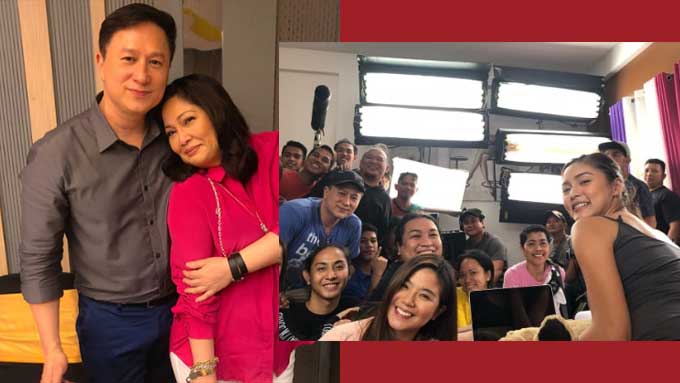 (Seen here are two photos of Eric working as a director for the 2018 comedy film My 2 Mommies together with lead star Maricel Soriano and the 2018 Metro Manila Film Fest entry One Great Love top-billed by Kim Chiu.)