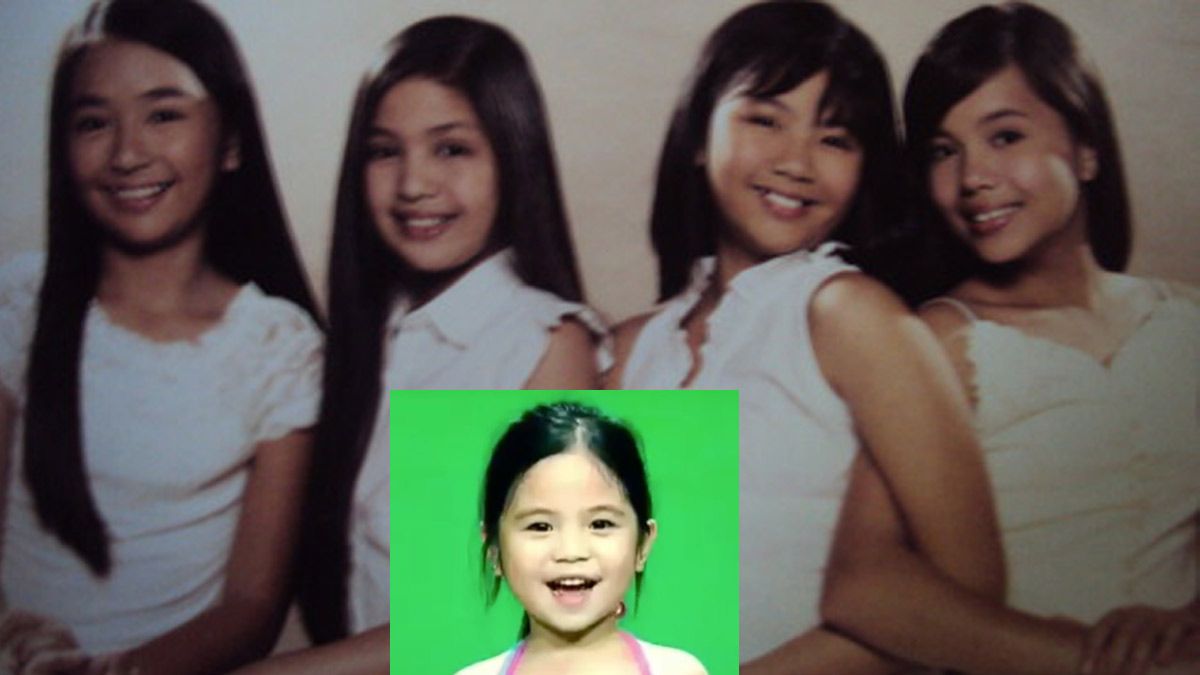 For 14 years, the ABS-CBN show became a Sunday habit for both kids and adult audiences.

It had segments that everyone could relate to, such as games, spoofs, and music videos, as well as parodies of trending TV shows and movies.

Goin’ Bulilit had been the training ground for some of today's most popular stars. Kathryn Bernardo, Julia Montes, Nash Aguas, Miles Ocampo, and Sharlene San Pedro were some of the celebrities who started their careers through the Kapamilya show.

Some of these child stars established their names in the entertainment scene while others chose to take a different career path.

See how your favorite Bulilit is faring now:

Kathryn Bernardo has always remained in the spotlight ever since she joined Goin’ Bulilit. She is now dubbed as the Phenomenal Box Office Queen. The ABS-CBN star is the only Filipino actress with two films earning more than P800 million each.

The first one is The Hows of Us, her 2018 movie with Kathniel partner, Daniel Padilla, who is also her real-life boyfriend. It earned P810 million during its run. In the second movie, she was paired with GMA-7 actor Alden Richards. Their 2019 movie Hello, Love, Goodbye movie earned over P880 million at the box office.

Aside from being an actress, Kathryn is now a businesswoman who has her own nail salon business called Kathnails. She is also taking up Marketing in Enderun Colleges. 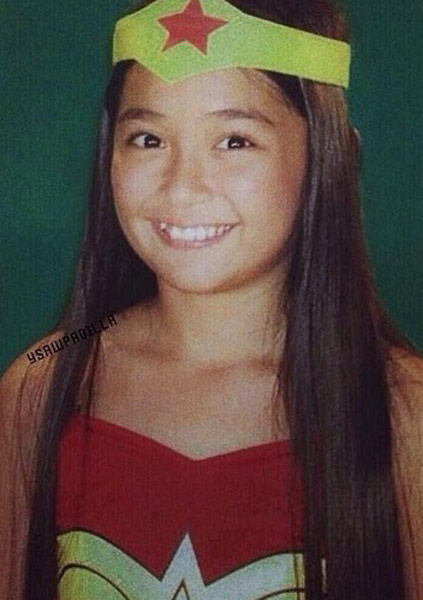 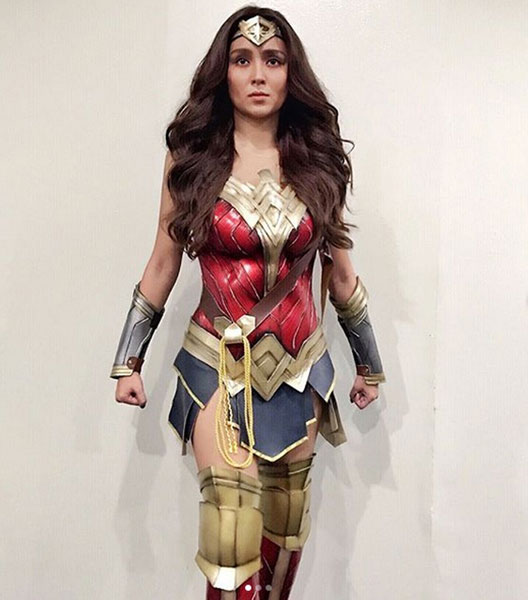 Then known as Mara Schnittka, Julia Montes was a commercial model before joining Goin’ Bulilit. She impressed everyone with her acting prowess in various TV dramas and movies. She portrayed the bida-kontrabida Clara in the 2011 remake of Mara Clara, which she top-billed along with Kathryn Bernardo.

In 2012, Julia was paired with Coco Martin in the drama series Walang Hanggan. It was her first mature role.

Her remarkable role in Doble Kara was recognized when she won a Gawad Tanglaw Award for Best Actress.

Currently, Julia is taking a break from showbiz while spending quiet time with her family. 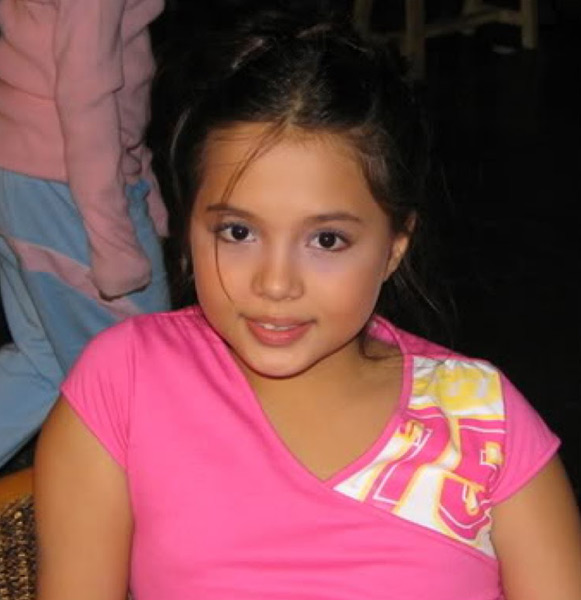 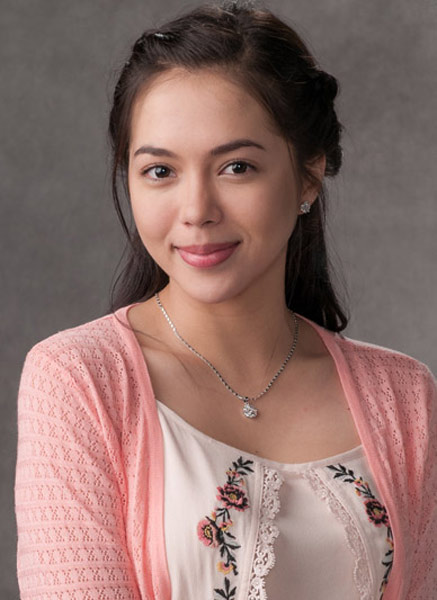 At the age of 5, Nash Aguas competed in the “Batang F4,” a kiddie talent search in the now-defunct ABS-CBN noontime show MTB, or Magandang Tanghali Bayan. At age 6, he joined ABS-CBN’s kiddie talent show Star Circle Quest and was named the grand winner or Grand Kid Questor.

At 20, he had acquired several real-estate properties, including his current investments: a house in Las Vegas and a Japanese restaurant with eight branches.

He is currently in a relationship with GMA-7 actress Mika dela Cruz. 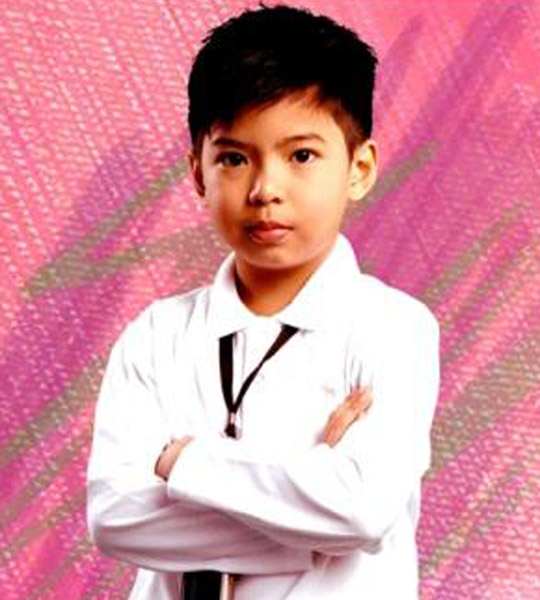 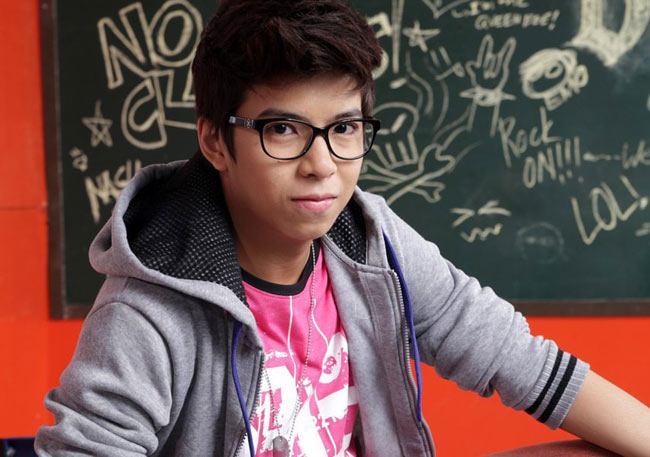 Mika dela Cruz, the younger sister of Angelika dela Cruz, started her career via Star Circle Summer Kid Quest in 2006. She then became part of the Goin’ Bulilit kids.

As a teen actress, she played kontrabida to Julia Barretto in Mirabella.

In 2016, Mika officially signed a contract with GMA Artist Center.

This year, Mika was chosen to star in GMA-7's TV series, Kara Mia, which she top-billed along with Barbie Forteza.

Mika is currently into vlogging, allowing her to talk about her travels and her skincare routine.

She is in a relationship with Kapamilya actor Nash Aguas. 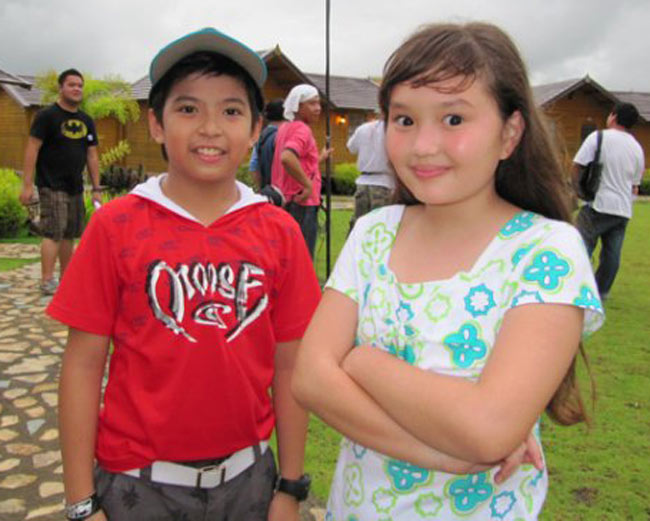 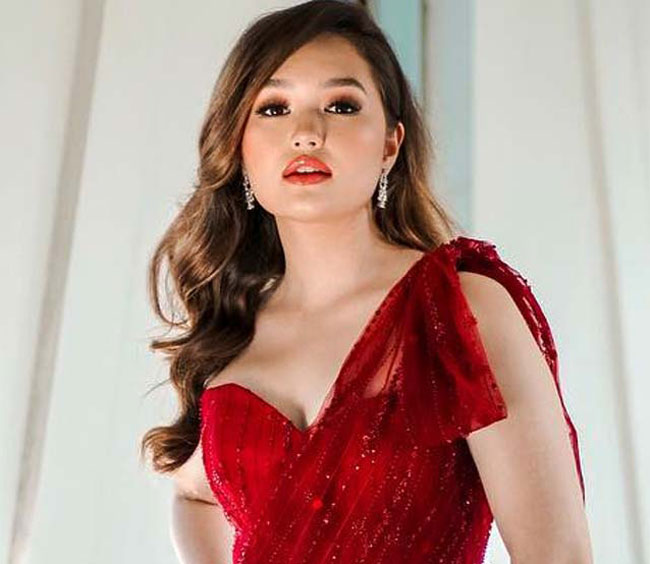 Miles Ocampo was first known as Pepay in the 2004 afternoon series Mangarap Ka, which was top-billed by Piolo Pascual.

After graduating from Goin’ Bulilit, Miles became a mainstay in a youth-oriented show, Luv U, and the family comedy sitcom, Home Sweetie Home.

Miles is pursuing her studies at the University of Philippines where she is taking up creative writing. 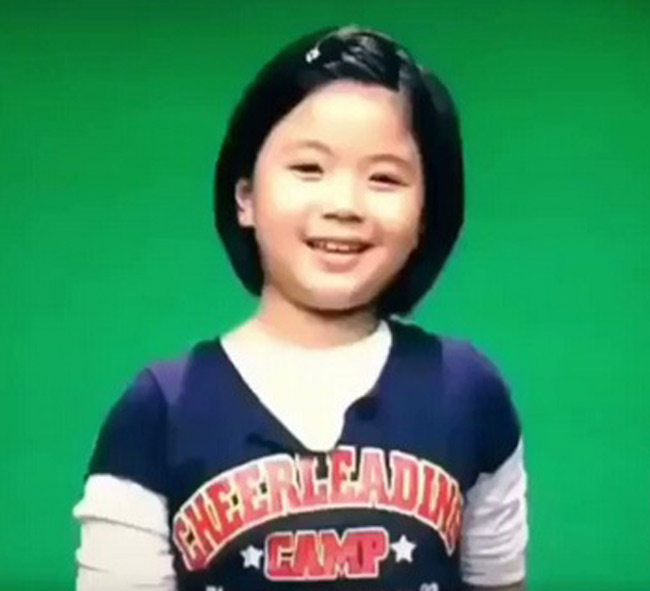 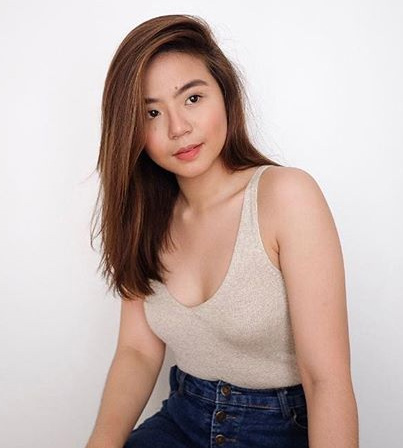 Popularly known as Hopia, Trina Legaspi was also part of the first batch of bulilits of Goin’ Bulilit. After receiving good feedback for her role as the young Kris Aquino in the 2004 series Hiram, she got her screen name "Hopia."

She impersonated Kris Aquino and was partnered with EJ Jallorina, who spoofed Boy Abunda in a segment of the gag show.

In 2016, Hopia earned her bachelor’s degree in Communication. 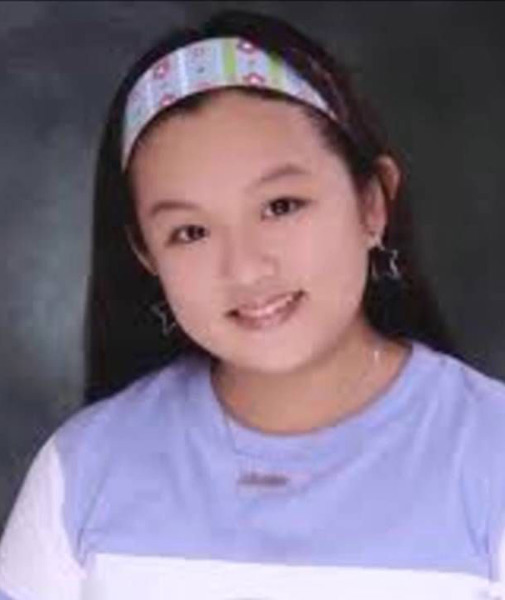 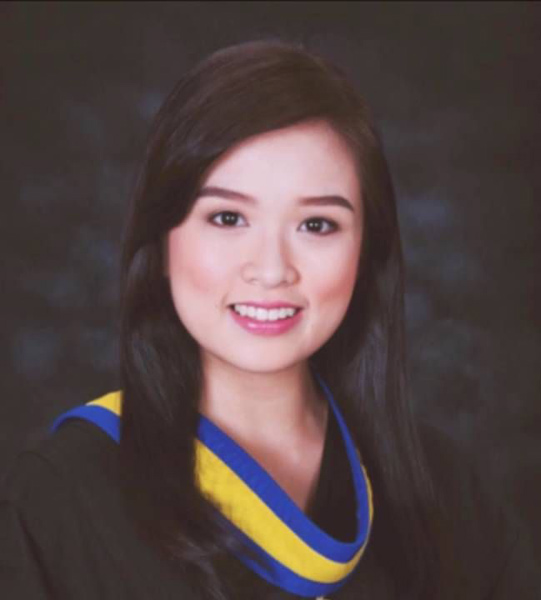 Kiray Celis was discovered for Goin’ Bulilit after she joined “Munting Miss U,” a segment of the defunct noontime show, Magandang Tanghali Bayan.

She was then four years old and went by her real name, Johanna Celis. She graduated from Goin’ Bulilit in 2009.

She appeared in some teleseryes such as Mara Clara and youth-oriented shows Growing Up and Luv U.

The young comedienne starred in the movie Love is Blind with Derek Ramsay, Solenn Heussaff, and Kean Cipriano. Kiray also top-billed I Love You to Death along with Enchong Dee.

In 2018, Kiray signed a contract with GMA-7, after being with ABS-CBN for several years. She was part of the Kapuso prime-time series Love You Two.

Apart from acting, she also ventured into the food business. She now owns a restaurant in Manila called Chicks and Fins. 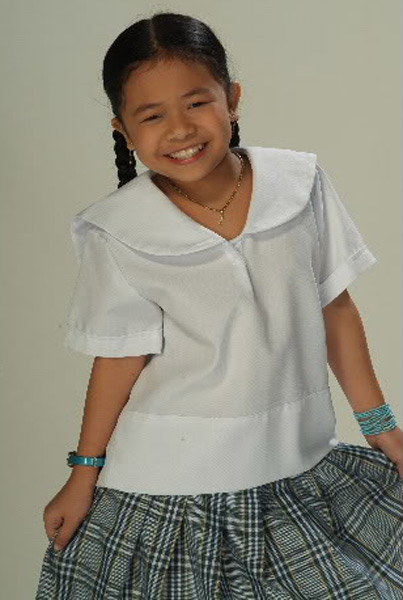 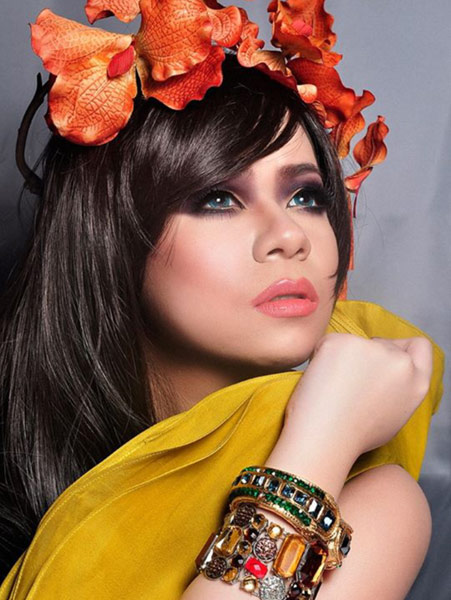 Igi Boy Flores is one of the original cast members of Goin’ Bulilit. His Instagram account reveals his current passion for fitness and self-love.

He has admitted in past interviews that he would look forward to Saturdays because he would get to see his friends in the comedy show. He also thanked the show for helping him showcase his talent in comedy.

Currently, he is producing content as an online gaming streamer. 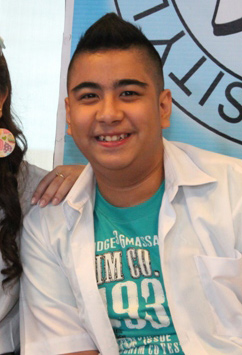 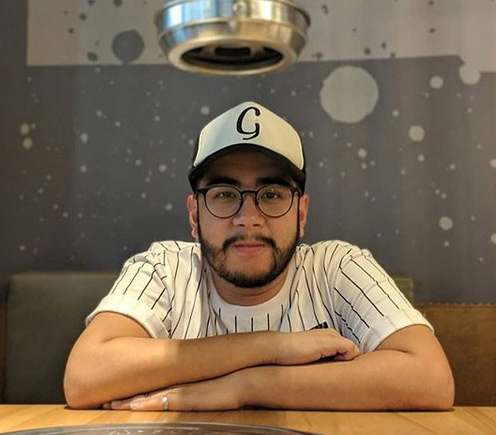 Among the kids in Goin’ Bulilit, Nikki Bagaporo became known for singing. In 2018, she released her single “Never," which she also wrote.

Nikki was cast as Vivian in Goin' Bulilit's parody of Lovers in Paris called "Lovers in Pares."

At present, Nikki is a celebrity influencer. 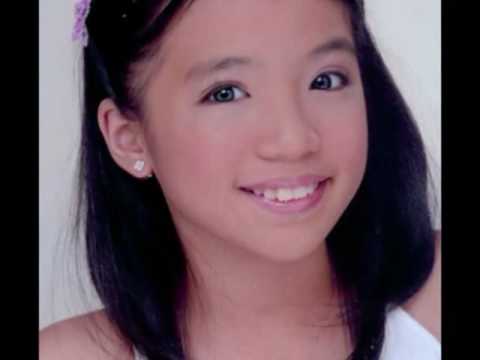 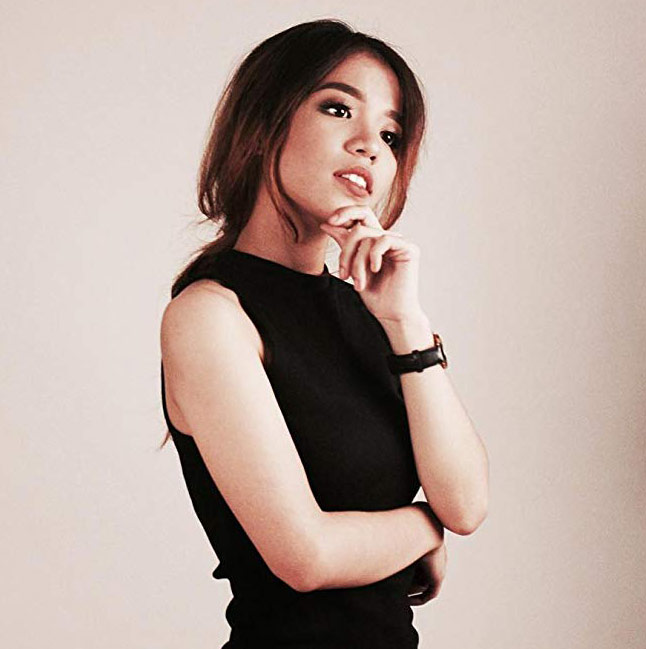 John Manalo’s matinee idol looks had always been evident during his time in Goin’ Bulilit. In 2004, John had his film debut as the son of Kris Aquino in Feng Shui. For this role, he earned two awards: Best Child Performer at the 1st PMPC Awards for Movies and Best Child Actor at the 2005 FAMAS Awards.

In 2018, John finished his AB Communication course at the University of Santo Tomas. Currently, John enjoys photography, which he showcases in his Instagram account. 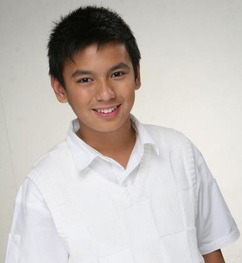 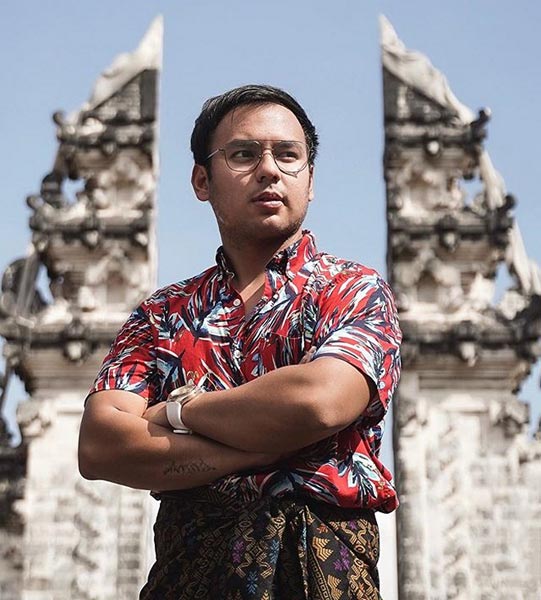 Sharlene San Pedro was seen on TV at a young age of four. She made her first appearance in 2004, through ABS-CBN’s talent search, Star Circle Quest (SCQ): Kid Edition where she placed second. After winning, she earned her spot on Goin’ Bulilit along with her fellow SCQ contestant, Nash Aguas.

Through the years, Sharlene has done many remarkable projects both on TV and movies such as Mga Anghel na Walang Langit (2005), Calla Lily (2006), and Princess Sarah (2007). In 2018, Sharlene reunited with some of her co-stars in Goin’ Bulilit for the teen flick, Class of 2018.

Eventually, Sharlene veered away from acting and focused on hosting instead. She was a MYX VJ from 2016 to 2019. 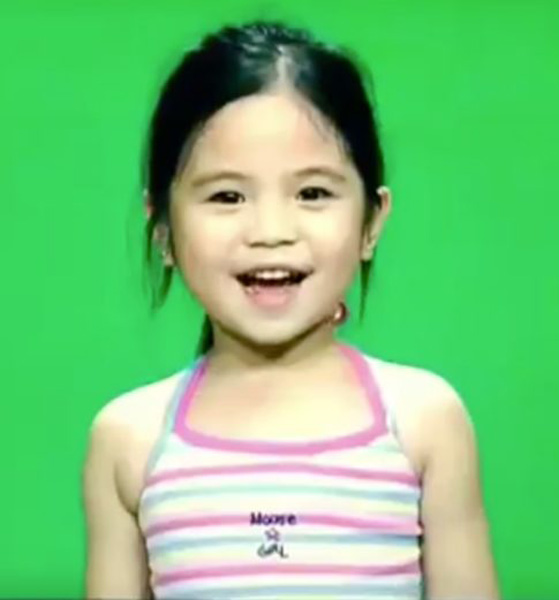 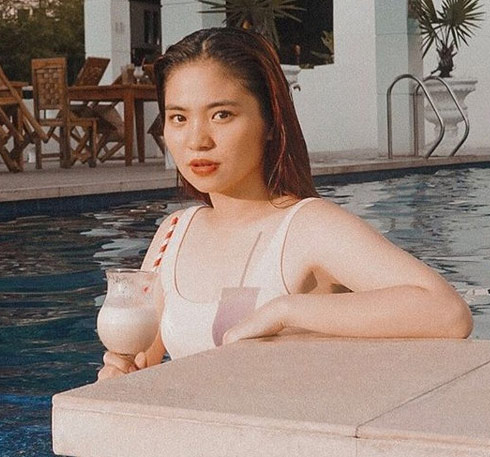 Clarence Delgado was first discovered via Star Circle Quest in 2011 where he was named as the Male Star Questor. After winning the reality show, he became a mainstay of Goin’ Bulilit.

Despite his busy work schedule, he managed to prioritize his studies and was able to complete his elementary education with honors.

Now all grown up, he is a mainstay in the Kapamilya sitcom Home Sweetie Home. 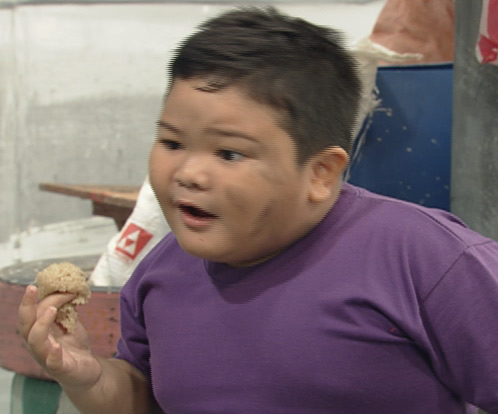 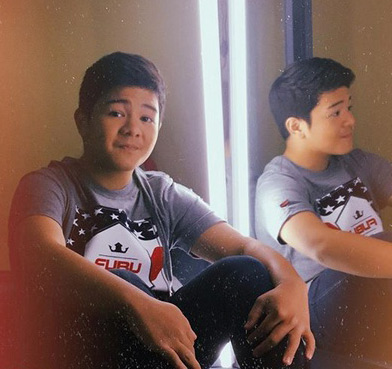 Known for her role as a young mermaid in Mutya and Abby in Be Careful With My Heart, Mutya can be considered one of the remarkable child stars of her generation.

Mutya was a mainstay of Goin’ Bulilit for six years. She received the Best Child Performance award for her portrayal as Abby Lim in Be Careful with My Heart at the 4th FMTM Awards 2012 for TV Entertainment.

She is now part of the early prime-time Kapamilya series Pamilya Ko. 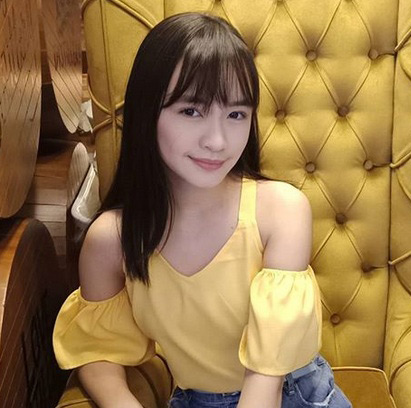 Kristel Fulgar became known as a young kontrabida because of the roles she portrayed.

Now an online content creator, she uploads videos on YouTube expressing her love for music. To date, she already has almost 1 million followers on her channel.

She made a lot of girls jealous when she spent time with Yohan Kim, CEO of a South Korean skincare brand called the Face Republic, which was launched in the country last year. 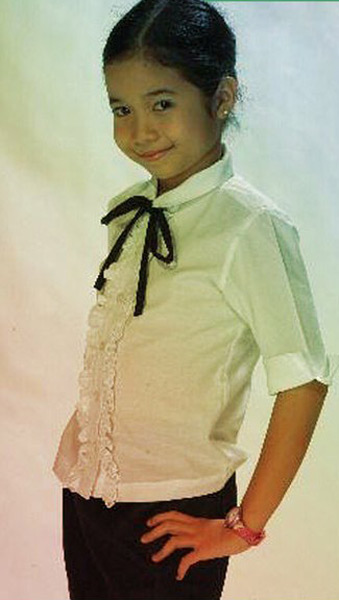 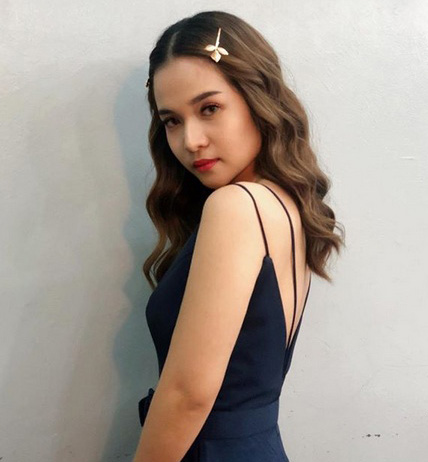 Jane Oineza started as a commercial model for various product brands before becaming a mainstay of Goin’ Bulilit. After graduating from the show, she joined the live-action fantasy series Kung Fu Kids (2008). She also appeared as a supporting cast member in local TV shows.

In 2014, she joined Pinoy Big Brother: All In as a celebrity housemate and was named 3rd Big Placer.

Jane is one of the lead stars of the movie Ang Henerasyong Sumuko sa Love, which will open in cinemas on October 2, 2019. 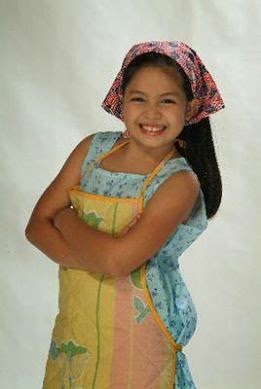 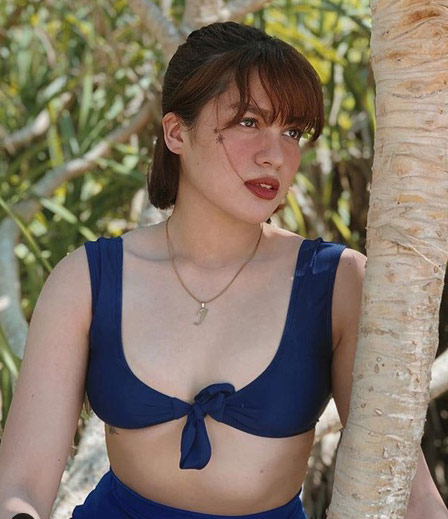