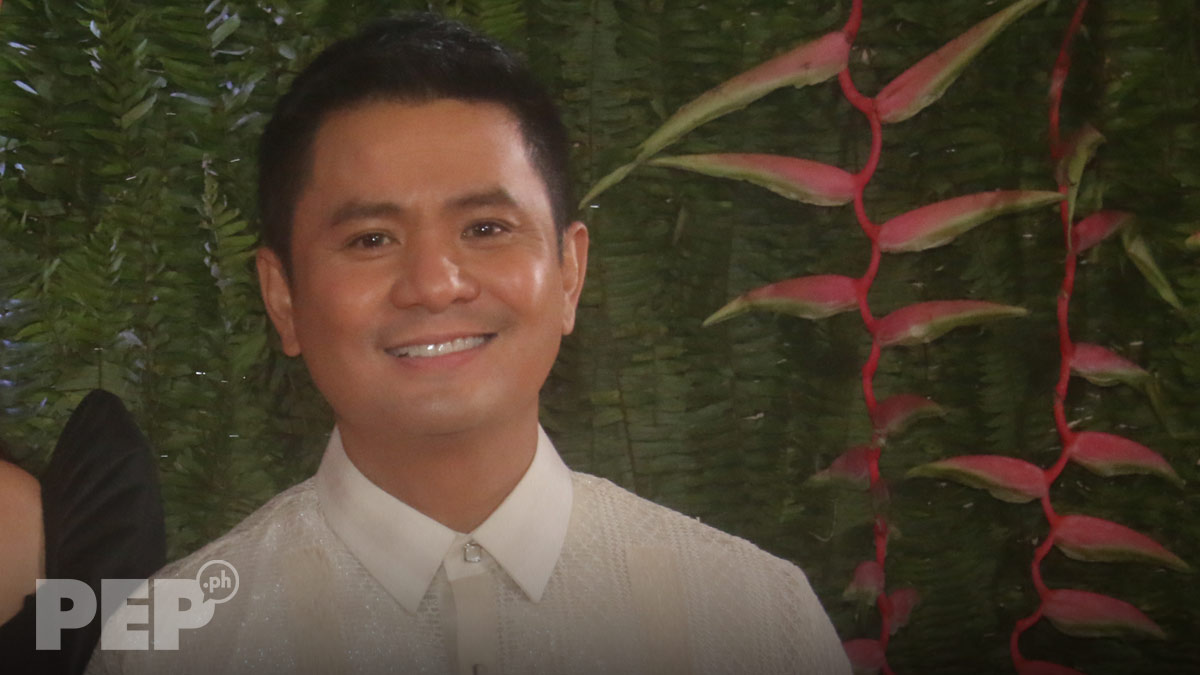 In the 31 years of Ogie Alcasid in the entertainment industry, he has added comedy actor and TV host to his appelation singer-songwriter—and he excels in all.

All in all he has done 38 movies while doing sitcoms and gag shows on television, but he considers music as his greatest contribution to the industry.

The occasion was a press conference to promote his anniversary concert, OA: Ogie Alcasid in August that year.

Born Herminio Jose Alcasid Jr. on August 27, 1967, Ogie first made his mark in high school as a member of the renowned Kundirana music ministry of the all-boy school, La Salle Green Hills, in San Juan.

In college, he enrolled at the University of the Philippines College of Mass Communication in Diliman, Quezon City.

The following year, Ogie recorded, Pagkakataon, and crossed over to acting via the comedy flick, Feel na Feel.

The movie also starred Janno Gibbs, another singer-actor, who played a rival of Ogie competing to win Manilyn over.

But off the set, the two artists hit it off instantly and would go on to become constant collaborators and good friends until today.

Ogie and Janno appeared together in a July 2018 episode of Gandang Gabi, Vice, in which it was revealed they both pursued Manilyn.

Ogie said nothing came out of his courtship, while Janno admitted he and Manilyn became a love team partner on screen and off.

The 1990s saw the rise of Ogie as a singer-songwriter of hit tunes such as “Pangako” and “Bakit Ngayon Ka Lang,” which were later revived, respectively, by Regine Velasquez and Pops Fernandez with the Freestyle band.

(Much later, Ogie would write the immortal love songs “Kailangan Kita” and “Kailangan Ko’y Ikaw” for the movies of the same title, and recorded by Gary Valenciano and Regine Velasquez, respectively.)

Ogie was an in-demand actor in movies that required him to do either all out comedy or provided comic relief in action and even in horror flicks.

He made nearly 30 movies in that period of time, even appearing in five productions in 1992 (Working Students, Ano Ba Yan? Manong Rehas, Mahirap Maging Pogi, and Ali in Wonderland).

Next, he conquered the realm of TV, starting with ABS-CBN's sitcom Mana-Mana (1991-1992) and the musical program Small Brothers (1992) with Janno Gibbs.

Ogie moved to Channel 5 (then called ABC 5) for the cult hit gag show, Tropang Trumpo (1994-1995), and eventually to GMA-7 to form a new comedy sketch program with his Tropang Trumpo co-star, Michael V, and it was called Bubble Gang.

He also served as a judge in GMA-7’s local staging of the American Idol franchise, called Pinoy Idol (2008), while appearing in various shows in the same network.

When he left Bubble Gang in late 2013, Ogie had several projects in Channel 5 (now called TV5) before going back to his original home network, ABS-CBN.

Since 2016, Ogie has been a judge in the “Tawag ng Tanghalan” segment of the noontime program, It’s Showtime, and in the local staging of the international TV franchise, Your Face Sounds Familiar (Kids Edition).

For some time, he appeared in the sitcom Home Sweetie Home, and is now a regular performer in the Sunday-afternoon musical show, ASAP Natin ’To.

Ogie has found stability in his family life. He basks in the love of his wife Regine Velasquez, with whom he has an only child, the boy Nate.

He and his ex-wife Michelle van Eimeren remain close friends, and their two daughters, Leila and Sarah, are now young women.

She is called Ninang Michelle by Nate, being one of his godmothers.

Ogie met Michelle in 1994, when the Philippines hosted that year’s edition of Miss Universe. She represented her home country, Australia, to the pageant, while he took on the role of the candidates’ tour guide named Manolo.

They fell in love and, two years later, Ogie and Michelle got married at the Basilica of Martin de Tours in the Taal town of Batangas.

In the June 2007 issue of YES! Magazine, Ogie revealed that he and Michelle had already separated, with his ex-wife living in Australia with their two daughters. The couple’s marriage was officially annulled in 2010.

In the same magazine interview, Ogie opened up about his love for Regine and their romantic relationship.

The Songwriter and Asia's Songbird tied the knot on December 22, 2010 at The Peak in Terrazas de Punta Fuego in Nasugbu, Batangas.

Ogie’s eldest child, Leila, now lives in the country with her dad and Regine in their home in Quezon City.

Leila is starting to build her own career in showbiz, while her younger sister Sarah stays with their mother in Australia.

In a PEP.ph article, posted on August 17, 2019, Ogie disclosed that he and Regine had been planning to explain to Nate about their family situation, but their son’s curiosity beat them to it. 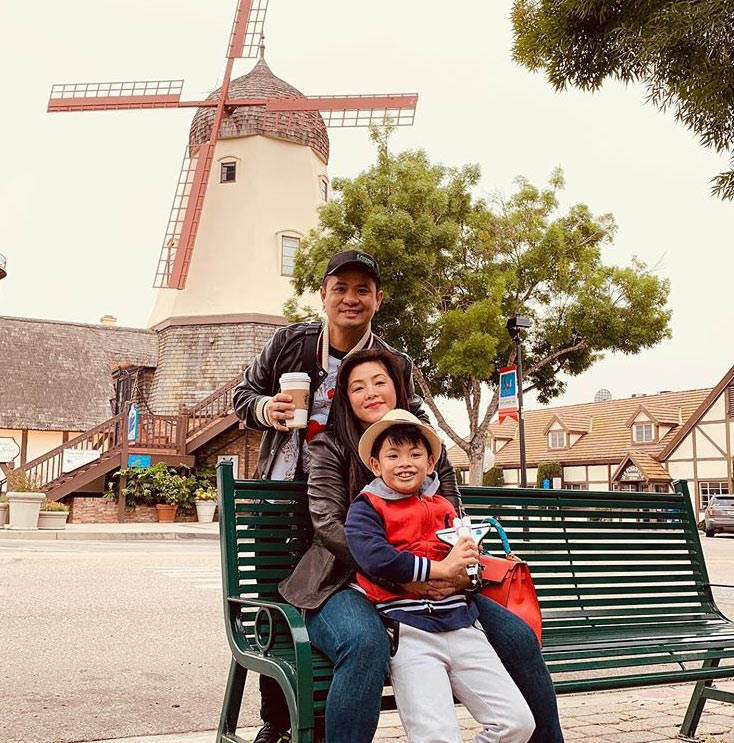 Ogie Alcasid with wife Regine Velasquez and their son Nate