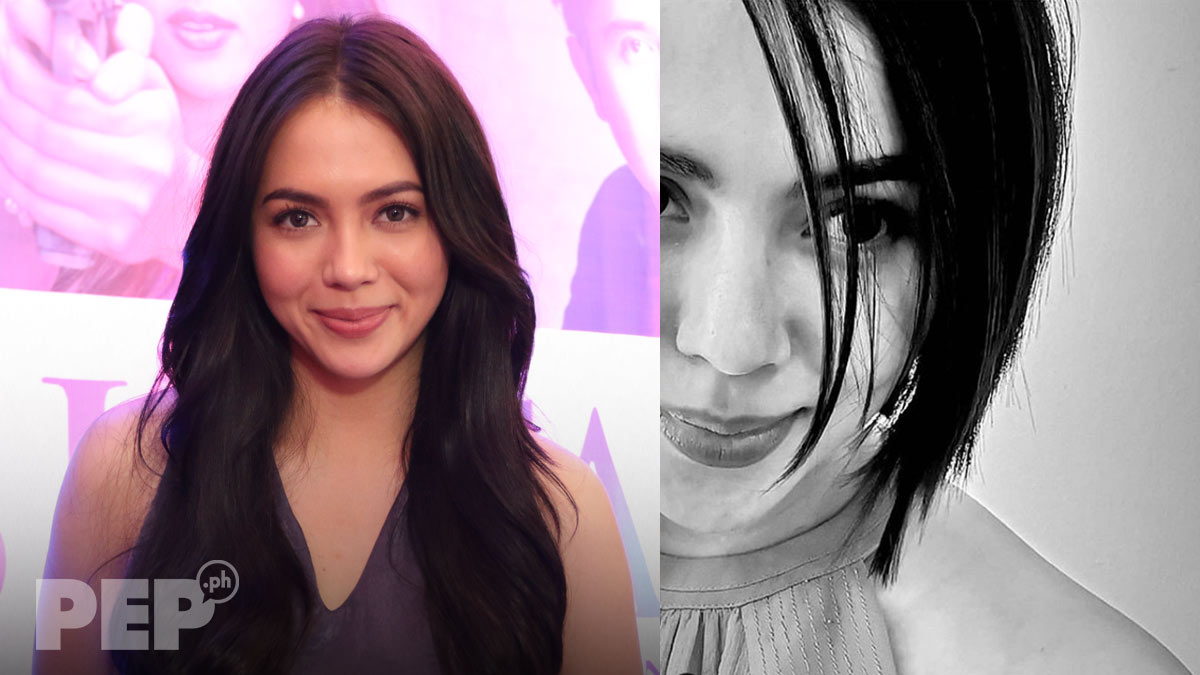 Did you know that Fil-German actress Julia Montes started her TV career by appearing in two GMA-7 shows before signing up with ABS-CBN?
PHOTO/S: Noel Orsal

It’s been more than a year since Julia Montes wrapped up her last acting project, the afternoon soap Asintado (2018), and her loyal fans are eagerly awaiting her showbiz comeback.

Prior to Asintando, the 24-year-old actress made a mark with her effective and endearing portrayal in ABS-CBN teleseryes beginning with Mara Clara, followed by Muling Buksan ang Puso, Walang Hanggan, Ikaw Lamang, and Doble Kara.

She also captured the nation’s heart with her own Cinderella story.

Gemma and Martin, who are both deaf-mute, were pen pals who fell in love with each other.

He came to the Philippines a few times to visit his beloved, the last being in 1995, when their first and only child, Mara, was two months old.

Mara (aka Julia) grew up with her mother, but she was raised by her maternal grandmother Floresita Hautea, whom she fondly calls Mommy Flory.

Mommy Flory, a widow, ran her own beauty salon in the family’s residence in Pandacan district, Manila.

At age five, the mestiza girl was spotted by a talent scout, who encouraged her and her Mommy Flory to go to video tape recorder (VTR) auditions for advertising work.

Her first commercial was for the Nido milk brand in 2000.

In 2001, Julia became a child actress in GMA-7’s teleserye Sana Ay Ikaw Na Nga wherein she was cast as the daughter of Robin Da Rosa and Angelu de Leon.

In 2004, Julia continued her acting career in ABS-CBN, initially playing the young version of a female lead star’s role, such as Anne Curtis’s Stephanie in the primetime series Hiram, and eventually bagging her own spot in the kiddie gag show, Goin’ Bulilit.

She was then signed up by ABS-CBN’s talent-management arm, Star Magic.

By this time, she had also taken the role of family breadwinner, providing for her grandmother, mother, and two younger brothers on her mother’s side.

Finally, all her hard work and perseverance paid off when she got her big break in Mara Clara, the 2010 remake of the iconic soap opera that ran from 1992 to 1997.

The story revolved around teenage girls Mara and Clara who were switched at birth: the girl Mara (played by Kathryn Bernardo) grew up poor and in school was maltreated by Clara (played by Julia), who was raised by the rich parents of Mara.

The teleserye catapulted both Julia and Kathryn to stardom.

Just like the original actresses who played their roles—Judy Ann Santos as Mara and Gladys Reyes as Clara—the two newbies went on having successful individual careers.

But Julia—unlike Kathryn, who formed a love team with Daniel Padilla—struck it on her own.

Even before Mara Clara premiered on ABS-CBN on October 25, 2010, the Filipino-German teen actress Mara Schnittka had already assumed the screen name Julia Montes.

She made the decision after Star Magic chairman emeritus Johnny Manahan, aka Mister M, chose the screen name from a list given to him by Julia's Star Magic handler.

Julia auditioned for the bida-kontrabida role of Clara, but she didn’t make the cut.

When tapings began, though, the actress who got the part was found to be wanting, so another round of auditions were held.

Julia auditioned again, and this time, she passed with flying colors.

With her strong mestiza features and personality, Julia turned out to be the perfect foil to sweet and morena Kathryn.

At 17, Julia was cast as the leading lady in the 2012 primetime teleserye Walang Hanggan, as inspired by the 1991 romance drama Hihintayin Kita sa Langit, which in turn, got its inspiration from the classic novel, Wuthering Heights.

Julia held her own alongside much older and more experienced actors like Coco Martin and Paulo Avelino as she played the two gents’ object of affection.

Julia and Coco’s characters ended up together, and their pairing clicked with TV viewers, so much so that their next project together, the 2014 drama series Ikaw Lamang, became a top-rater, too.

But it’s on TV that she really shone her brightest, and rightfully found solo stardom.

In Doble Kara, which ran from August 2015 to February 2017, Julia played the dual role of twin sisters Kara and Sara with equal conviction and charisma.

She once again showed her acting chops in her last acting project to date, Asintado, which ended its nine-month run in October 2018.

As Julia established her showbiz career, she was quietly rebuilding ties with her estranged father, German national Martin Schnittka, whom she last saw when she was a baby.

In her February 2017 guesting on the Kapamilya morning talk show, Magandang Buhay, the actress talked about their December 2016 reunion that happened here in the Philippines.

“Nag-sorry,” she recalled on what her father told her, as she began to break into tears.

Since getting reconnected, Julia and her father’s relationship has grown stronger.

They met again in June 2017 in London, when the actress participated in an event in the United Kingdom.

A year later, Julia flew to Germany to celebrate Christmas with her dad, and she stayed there a bit to spend more time with her newfound family members.

In April 2019, Julia reportedly gave birth to her baby with Coco Martin at a hospital in Metro Manila.