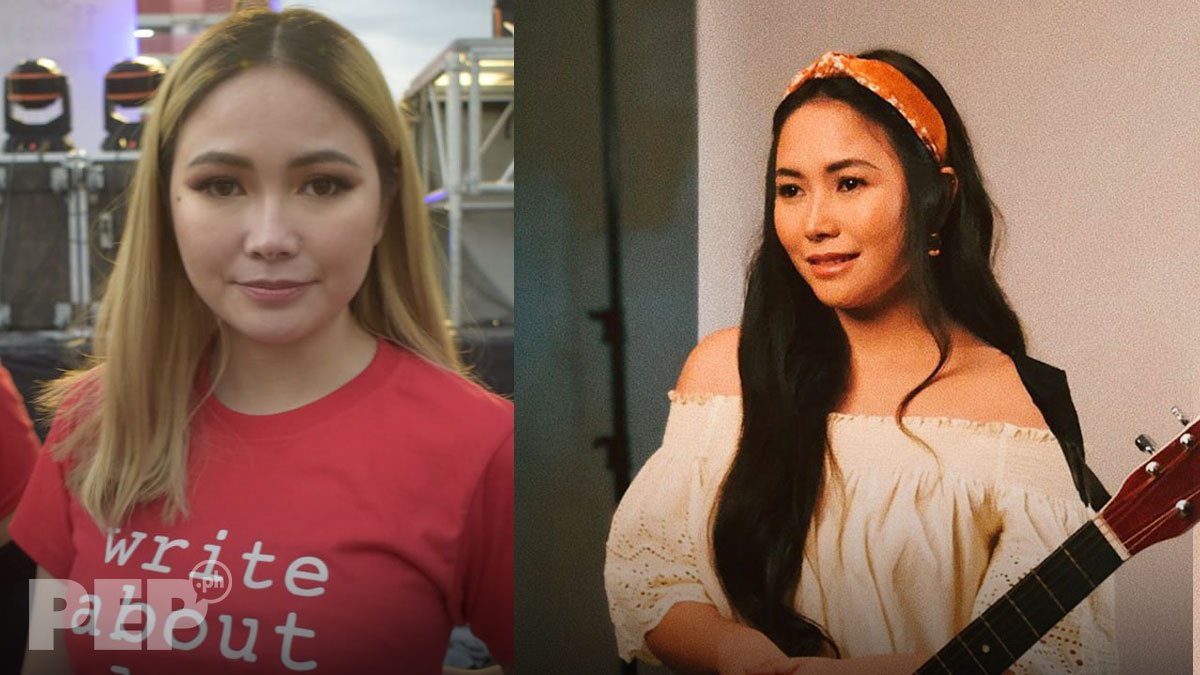 Yeng Constantino is already an icon in the Philippine music industry. The amazing thing is, she's good at acting as well and has an award from the Metro Manila Film Festival 2019 to show for it.
PHOTO/S: Erickson Dela Cruz (left frame)

Yeng Constantino was just 17 when "Hawak-Kamay," the song she composed and performed in the first week of Pinoy Dream Academy in 2006, became an airwave sensation.

Filipinos related to the song because it spoke to them about not giving up hope amid countless hardship.

"Hawak-Kamay" was used in the soundtracks of countless TV shows and movies, translated into English by a foreign artist, and is still being played on the radio up to today.

Yeng’s brilliance as a songwriter was confirmed in "Salamat," the next composition she wrote and sang in Pinoy Dream Academy when she was declared its winner.

In "Salamat," Yeng poured her gratitude to her supporters, and the public loved it.

It became an instant OPM classic and was also used in TV and movie soundtracks.

In 2019, K-pop group Momoland sang "Salamat" for their Filipino supporters during their first-ever fan meet in Manila at the jampacked Araneta Coliseum.

All eyes were on Yeng after she stepped out of Pinoy Dream Academy.

She had two popular songs under her belt, could her debut album Salamat duplicate their success?

The answer was yes. The album containing 10 songs she partly composed and released in January 2007 debuted at number 2 on the Odyssey album charts. It then peaked to the number one spot by April of that year.

The album also produced four other hit singles: "If We Fall In Love," "Pangarap Lang," "Cool Off," and "Time In."

The album brought Yeng the Hitmaker of the Year trophy from the 1st Megamixx Radio Music Awards in Guam in 2007, because she released seven hit songs in the same year.

Then at the 2008 Awit Awards, Yeng won the Best Album of the Year award. She also won the best inspirational/religious song for "Salamat," and the People’s Choice Favorite Music Video for "Time-In."

From then on, Yeng and her songs perennially appear in the music charts.

In 2009, she released "Lapit," another inspirational rock song, and "Jeepney Love Story," a romantic song that received a lot of attention owing to its cute music video that featured a cameo of Piolo Pascual.

Yeng released another massive hit in 2013. The song was "Chinito," a charming ditty that she claimed was dedicated to Enchong Dee.

The song's video featuring the Kapamilya actor was her most-viewed music video at that time. Enchong was so enthralled with the song that he officially released his own single of "Chinito."

In August 2014, Yeng released "Ikaw," a romantic ballad she composed as a prelude to her wedding with her then fiancé, Victor Christian "Yan" Asuncion.

The song captured the hearts of lovers—they followed Yeng’s lead and played the song at their own weddings.

Their wedding video remains Yeng’s most-viewed music video to date, with 95.7 million views as of press time. It features scenes from her lush wedding that was held in Hacienda Isabella in Cavite.

"Ikaw" also gave Yeng the Song of the Year trophies from the 2015 PMPC Star Awards for Music and the 2015 Awit Awards.

This particular song, she said in a radio interview in 2015, came from a source that’s hard to describe.

Yeng further said her songs cannot be fully credited to her because she finds inspiration from different sources.

Yeng may be a pro at writing music, but she claimed it hasn't been that easy for her.

She said in the same interview it has become even harder for her to write songs now that she’s in a loving relationship.

YENG STANDS OUT IN MOVIES

Yeng has made an impressive mark in the showbiz industry with 14 years in music.

She’s a respected icon who is dubbed the Pop Rock Princess. She has judged several singing competitions, including Tawag ng Tanghalan, Pinoy Boyband Superstar and We Love OPM.

What’s next for this Kapamilya songstress?

It was a romantic film about a movie-writer who has to collaborate with a more capable writer in order to finish her screenplay.

This was Yeng’s third film after starring in two indie movies: Shift in 2013 and The Eternity Between Seconds in 2018.

In Shift, Yeng played a free-spirited call center agent who fell in love with a gay coworker. In The Eternity Between Seconds, she played a woman who befriends a stranger while they are both trapped in an airport in Korea.

Yeng, who has not done any teleserye, proved she has the chops for acting as well in the three films.

In Write About Love, she played Joyce, the character in a screenplay.

For this role, Yeng took home the Best Supporting Actress Award in MMFF 2019, an affirmation of her acting prowess.

She was not even around to receive her award. Yeng was at an airport and she only learned about it via Twitter.

Her fans were curious: Would that signal a change in her career?

According to Yeng, acting only serves to refresh her songwriting skills.

She elaborated to The Manila Times in an interview that acting helps her keep her sanity.

She said, “Yung paikot-ikot na ginagawa. Nakaka-hamster wheel na you just have to do something else to inspire you, to make you excited again about your craft, and even in my songwriting.

Will we see more of Yeng Constantino the actress in 2020? In a major ABS-CBN teleserye, perhaps? It will be a treat, for sure.