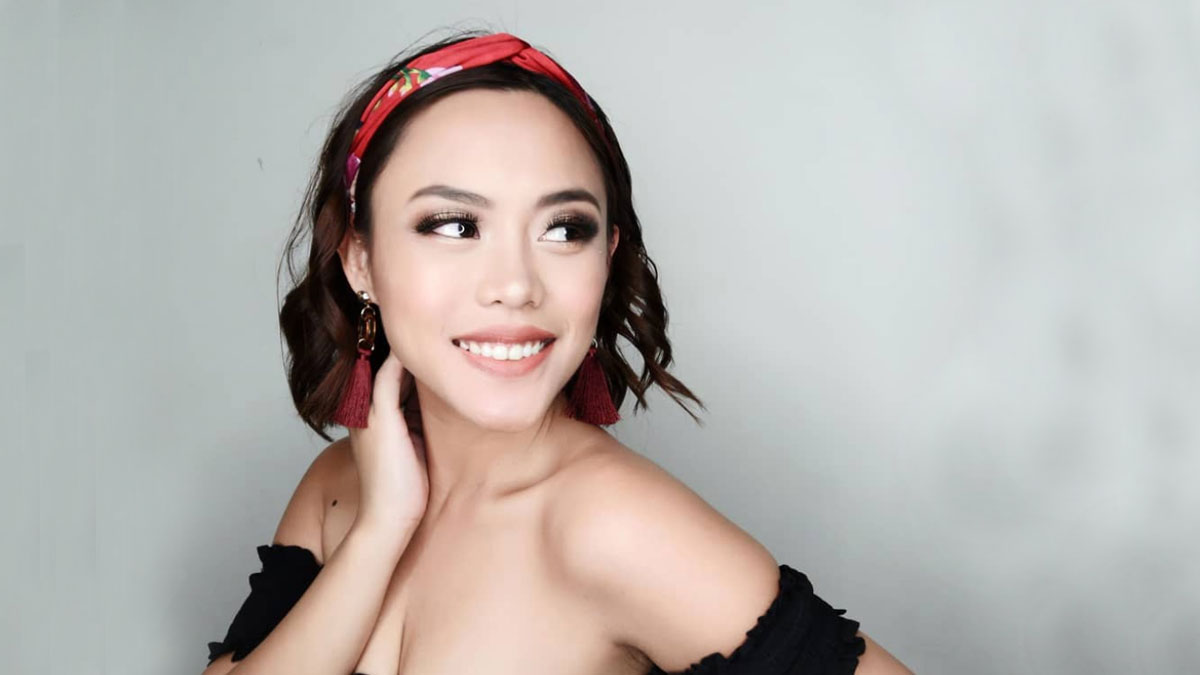 In five years, Kim Molina has successfully made a crossover from theater to television and movies.
PHOTO/S: @kimsmolina on Instagram

But her singing talent was honed in Saudi Arabia, where she performed as a front act for visiting Filipino artists.

The contest had participants from neighboring countries like Bahrain, Kuwait, and the United Arab Emirates.

She then represented the Middle East region in the 2009 edition of World Championships of the Performing Arts, held in Los Angeles, California.

in a nutshell: KIM MOLINA'S CAREER

Kim entered the world of theater through the Philippine staging of Broadway shows Disney’s Tarzan (2013), Carrie (2013), and Ghost The Musical (2014).

When she became the alternate of Aicelle Santos in Rak of Aegis, she was named Best Actress in a Musical by Gawad Buhay, an award-giving body exclusive to the performing arts, during Rak of Aegis’s first run.

Soon, she crossed over to mainstream showbiz and impressed audiences with her winsome performances in movies like #WalangForever (as the best friend of lead star Jennylyn Mercado) and Camp Sawi (as the traumatized lover).

She also did several guest appearances in various TV shows before she landed the kontrabida role of Savannah Rosales in the hit teleserye Kadenang Ginto, which has been airing since October 2018.

At the same time, she also played a memorable role in the defunct drama series The General’s Daughter, and is currently in the cast of the long-running action-drama series FPJ’s Ang Probinsyano.

Kim took on her first starring role in the seriocomic flick Jowable, which proved to be the sleeper hit of 2019 and turned her into a box-office star.

This 2020, she is set to star in the follow-up project titled Ang Babaeng Walang Pakiramdam, as well as another movie that’s still under wraps.

She is also performing as a guest star in Jennylyn Mercado and Dennis Trillo’s concert, CoLove, on February 15.

On March 20, Kim will share the limelight with fellow funny women Candy Pangilinan and Giselle Sanchez for the stand-up comedy concert, Titas of Manila.

A GLIMPSE OF KIM MOLINA'S LIFE IN SAUDI ARABIA

Kim and her mom Myra joined Ronnie Molina, the head of the family, in Saudi Arabia when she was two years old.

Her parents were both dentists.

Reflecting on her life as an OFW child, she weighed in on the pros and cons of growing up with one’s family abroad.

“I think it differs and depends on the set up,” she said in an email interview with PEP.ph (Philippine Entertainment Portal).

“I mean, there are families living abroad with most of their relatives being present like what I had so it wasn't that difficult for me to develop a close relationship with them.

“I think the main disadvantage is that as a kid, I did not get to experience the little things children my age got to do like roaming around the streets with friends and playing outside since there were strict rules in Saudi Arabia during my time.

“Other than that, it just depends on the upbringing of the parents and the way they wanted their children to grow up to.

“Tulong naman po sa pagtira ko sa KSA as a person and as an artist, well I think it helped me develop a much broader perspective in terms of different cultures and be more open on how to approach people living in different parts of the globe.”

The singer-actress is currently in a relationship with Jerald Napoles, whom she met on the set of Rak of Aegis.