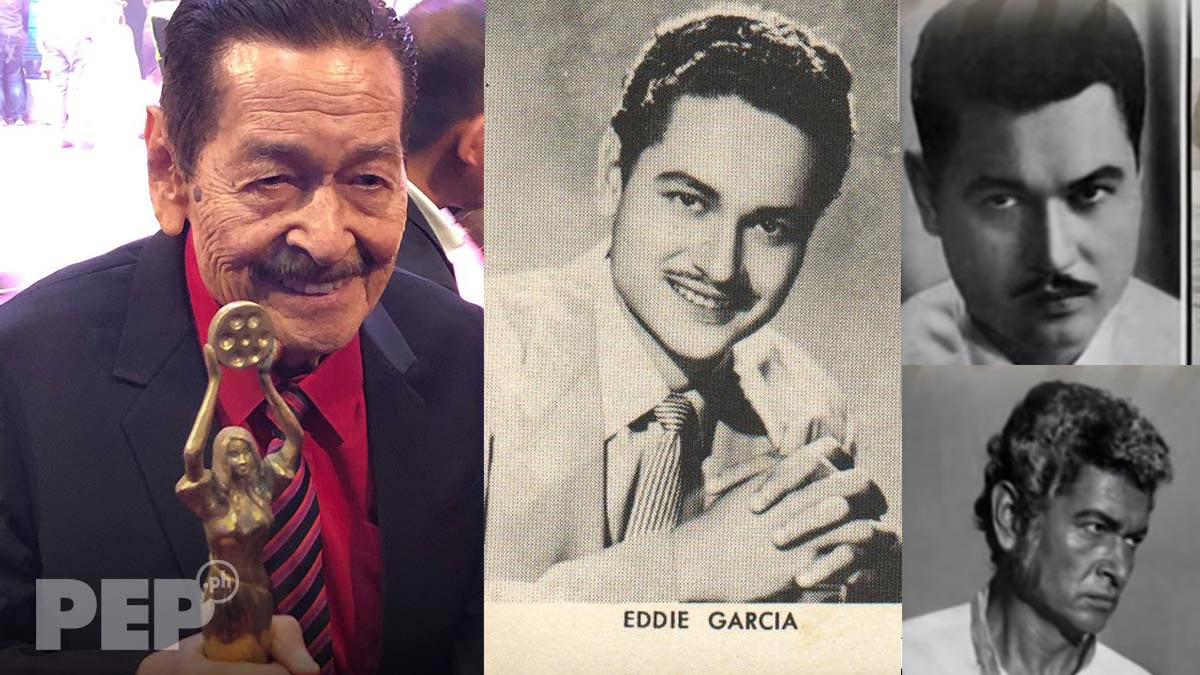 When Eddie Garcia died at age 90 on June 20, 2019, the actor-director left behind a formidable body of work that spanned seven decades.

More significantly, he will always be remembered for his unassailable work ethic that earned him immeasurable respect in and outside showbiz.

The world he loved mourned his passing and even then, his death led to some good deed—a congressional bill aiming to give protection to his colleagues.

House Bill No. 181 or the Eddie Garcia Bill was filed by House Deputy Speaker Michael Romero following the veteran actor's accident on the set of a GMA-7 drama series on June 8, 2019.

Eddie sustained a neck fracture from that accident. He slipped into coma and died 11 days later.

Congressman Romero of the 1-PACMAN Party-list is Eddie’s stepson.

He filed the Eddie Garcia Bill to enact into a law the Occupational Safety and Health Standards (OSHS) Act for the movie, TV, and theater industry.

In December that year, the Department of Labor and Employment concluded from its investigation that GMA-7 violated three provisions of the OSHS Law, thus imposing a fine of P890,000 to the network and six other private companies involved in the accident.

On January 28, 2020, the House committee on labor and employment began hearing the Eddie Garcia Bill.

A week later, a second hearing was held with the Film Development Council of the Philippines chairperson Liza Dino-Esguerra calling on the showbiz industry to support the Eddie Garcia Bill.

THE MAKING OF AN ICON

Eduardo “Eddie” Verchez Garcia was born on May 2, 1929, in Buhi town, Camarines Sur, to Antonio Garcia, a captain in the Spanish Army, and Vicenta Verchez, a Filipina from Macabebe town in Pampanga.

After completing his primary schooling, he was sent to Manila to continue his studies at San Beda College.

In 1946, when Manila was liberated from the Japanese by the Americans, he joined a unit in the Philippine Army called Philippine Scouts and was stationed to the U.S. military base on Okinawa Island in Japan.

He wanted to go back to Okinawa and re-enlist, but he learned, in 1949, from a friend that Manuel Conde was looking for new actors to cast in his movie, Siete Infantes de Lara.

Eddie got a part as one of the sons of Duke Busto de Lara, the lead role of the late actor/director/producer.

That movie by Conde, who was declared National Artist for Cinema in 2009, jump-started Eddie's acting career.

In an interview with Ces Drilon in her TV program, Pipol, (June 2013), the showbiz icon recalled earning P300 for his first paycheck, when the postwar currency exchange rate was two Philippine pesos to one U.S. dollar.

In his 12 years in Sampaguita, he played a variety of villainous roles.

When asked by Ces why he was typecast as the bad guy, he replied with a grin: “Well, somebody has to play it.”

He hastened to add he was happy with whatever role was given to him.

Such humility and openness to try different roles and genres served him well in adapting to the changing trends in showbiz—from patriotic in the 1960s to bomba in the 1970s; from sex-comedy, glossy melodrama, and true-to-life action in the 1980s–1990s to teleserye in the 2000s and indie in the 2010s.

Eddie did more than 600 movie and TV projects, about 30 of which he directed.

“I’ve always wanted to be a director,” he said in the same TV interview.

“So I told myself it would take me probably 15 years to direct. Luckily, it only took 12 years.”

His directorial debut was Karugtong ng Kahapon, a World War II epic starring Mario Montenegro that was released in 1961.

“I was always at the editing room, observing the editors how they would cut the films. I was always with director-friends. We’d talk about movies.”

He added, “I never think of awards. If it comes, it’s a bonus for a job well done. It probably appealed to them [the moviegoers].”

Nonetheless, Eddie had the lion’s share of awards, both as an actor and a director.

Other award-giving bodies gave him recognition, too, notably from the Manunuri ng Pelikulang Pilipino and the Film Academy of the Philippines (FAP).

Eddie’s performance as a lonely closeted gay man who comes to terms with his sexuality at age 70 in Jun Lana’s 2012 seriocomic film, Bwakaw, also earned him international honors from the Asia Pacific Film Festival and Asian Film Awards.

Eddie’s secret to a long and fruitful career could be attributed to his pragmatic approach to his profession.

“Every role is just a job,” he told YES! Magazine. “You do it well, you get paid, and forget about it. Jump into the next one.”

In early 2014, the screen legend, who kept his private life really private, opened the doors of his home to the YES! team for a photo shoot intended for that year’s edition of the annual list of “100 Most Beautiful Stars.”

The one listed in the magazine as “The Idol” and his longtime partner Lilibeth Romero welcomed YES! to their residence in Alabang, Muntinlupa.

Lilibeth is the mother of Congressman Michael Romero, who would later on file the Eddie Garcia Bill.

Eddie himself had only one living child with his late wife. Their older son, Eddie Jr., died in a motorcycle accident in 1971, and their only daughter succumbed to heart attack in 1996.

During the magazine photo shoot, Eddie was strict about choosing and wearing his own clothes.

He dutifully followed directions from the photographer, though at first he resisted using his vintage car as a prop.

During the post-shoot interview, while having merienda at the dining room, he was less formal and casually answered questions.

He was a man of few words and he didn’t consider being in showbiz as different from working in any other field, so he had only practical advice for the younger stars.

“Do it well,” he said. “Learn your craft. Be prompt. Stay out of tsismis. Don’t give your co-stars or the director headache. ’Yan lang naman, e!”

Eddie was similarly warm and unguarded when PEP.ph caught up with him at the October 2018 press con for one of his last movies, Hintayan ng Langit, which is about a estranged couple reuniting in purgatory.

As a Catholic, he said he believed in purgatory, adding in jest, “Hindi pa ako nakakapunta do’n, e. Hahaha!”

He didn’t have regrets when it comes to love and to his career.

And to live a life without regrets, learn from the master: “Well, you do good to your fellowmen, and huwag kang mang-aapi ng tao, and you live a happy life.”