Rhys Miguel (rightmost) drops out of Love At First Stream as the partner of Kaori Oinuma (middle). Jeremiah Lisbo (leftmost) will now play his character in the movie to be directed by Cathy Garcia-Molina.
PHOTO/S: @jeremiahlisbo / @kaori_oinuma / @rhysmiguel on Instagram

Rhys will be replaced by Star Magic and Rise Artist Jeremiah Lisbo, who was last seen in an episode of Maalaala Mo Kaya. 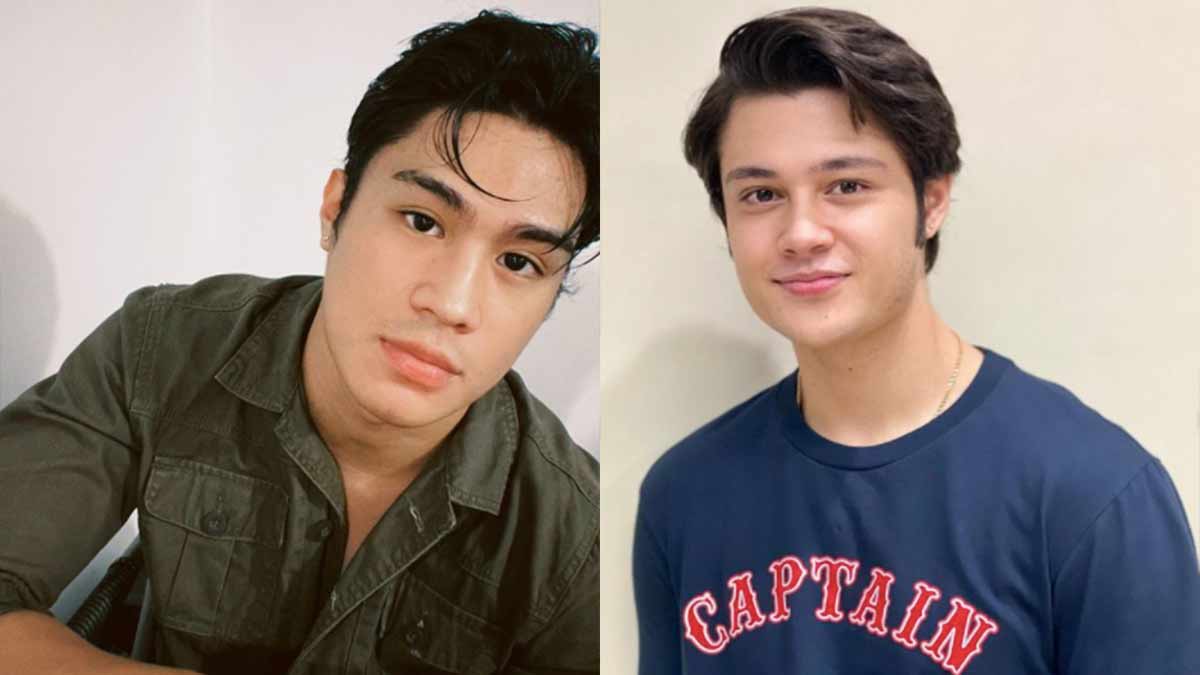 The character is the love-team partner of PBB: Otso eighth big placer Kaori Oinuma in the movie.

This was announced by ABS-CBN Films through an official statement released earlier today, October 25, 2021.

According to the statement, Rhys has to drop out of the project “due to personal matters.”

The statement reads: “ABS-CBN Films officially announces that Jeremiah Lisbo has been cast in its upcoming offering with kumu, ‘Love at First Stream,’ where he is starring opposite Kaori Oinuma.

“Jeremiah has stepped in for Rhys Miguel, who was initially cast in the role but will no longer appear in the project due to personal matters.

“We are excited to bring the story to life as we continue to deliver entertainment through various content offerings to our audiences worldwide.” 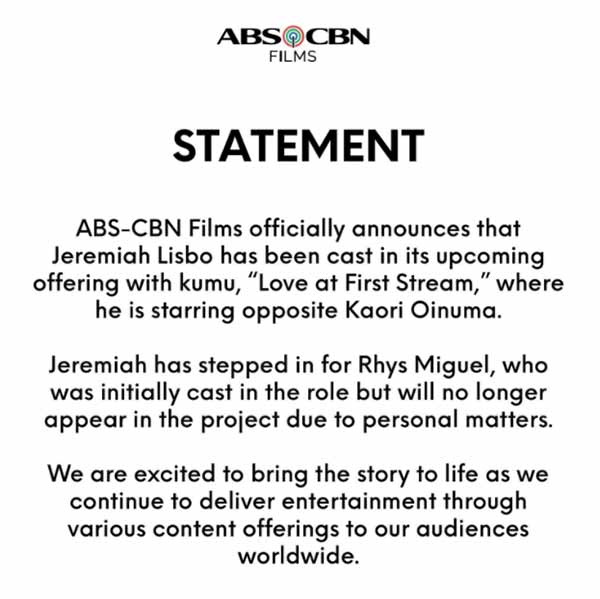 Kaori and Rhys were first launched as a love team through the ABS-CBN weekly series He’s Into Her. Jeremiah was also part of the cast as the third wheel to the main love team of the show, Donny Pangilinan and Belle Mariano.

Kaori and Jeremiah, who also worked in the Star Cinema love podcast project Four Bad Boys and Me, were also paired in another project, the series Love On Da Move.

The project, produced by Brightlight Productions and Star Cinema, has yet to be aired on TV5.

The collaboration between kumu and ABS-CBN Films for a movie was first announced in July 2021.

Aside from Kaori and Rhys, the film will also feature Rise artists Daniela Stranner and Anthony Jennings, who were first paired in Liza Soberano and Enrique Gil’s prime-time series Make It With You.

Love At First Stream is Direk Cathy’s first directorial job during the pandemic. While not directing films, Direk Cathy is doing her own show on kumu.