Angel Locsin will no longer star in Darna movie 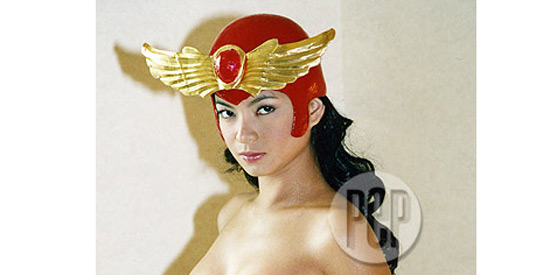 Angel Locsin developed a disc bulge in her spine, which is why she can no longer star in Darna. The project was supposed to helmed by director Erik Matti.

Angel Locsin developed a disc bulge in her spine, which is why she can no longer star in the movie version of Darna.

This was revealed by ABS-CBN earlier today, October 26, in a statement furnished to PEP.ph.

According to Kane Errol Choa, ABS-CBN's Corporate Communications head, Angel will no longer continue with the project due to health reasons.

In June 2014, it was publicly announced that Angel will topbill the Star Cinema-produced film.

Erik Matti and Dondon Monteverde of Reality Entertainment were supposed to spearhead this project.

In her interview back then, Angel expressed her gratitude for being chosen to play the iconic character: “Nagpapasalamat ako sa pamilya ng Ravelos for trusting me again especially sa pinakamamahal ko na Star Cinema at ABS-CBN.

(Read: Angel Locsin shed tears of joy for being chosen to reprise Darna in movie)

Angel was first seen as the Mars Ravelo-created superheroine in GMA-7's telefantasya that aired in 2005.

This 2015, Angel will no longer push through with the action-fantasy film since she will need to undergo rehabilitation and treatment for the disc bulge.

Here is the complete statement of ABS-CBN (published as is):

"It is with deep regret that we announce that ABS-CBN, Star Cinema, and Angel Locsin have mutually agreed that Angel will no longer do the “Darna” movie due to health reasons.

"Because of her passion, dedication, and commitment to the project, she underwent various rigorous training regimens for two years.

"Unfortunately, this led her to developing a disc bulge in her spine.

"This then limits her from doing strenuous activities such as stunts, liftings, and the usage of harness, all of which will be required of her for the action scenes in the film. Aside from that, she will need to undergo rehabilitation and treatment.

"And so while we have envisioned her to do the iconic Filipino heroine, Angel’s health and safety are both our primary concern. Hence, the decision.

"Fans need not worry. They can still look forward to seeing her in a movie that she is currently shooting with Vilma Santos. Angel’s physical condition does not prevent her from finishing the said project.

"Again, we sincerely thank Angel for her hard work and pray for her recovery." 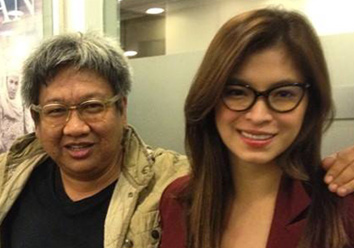