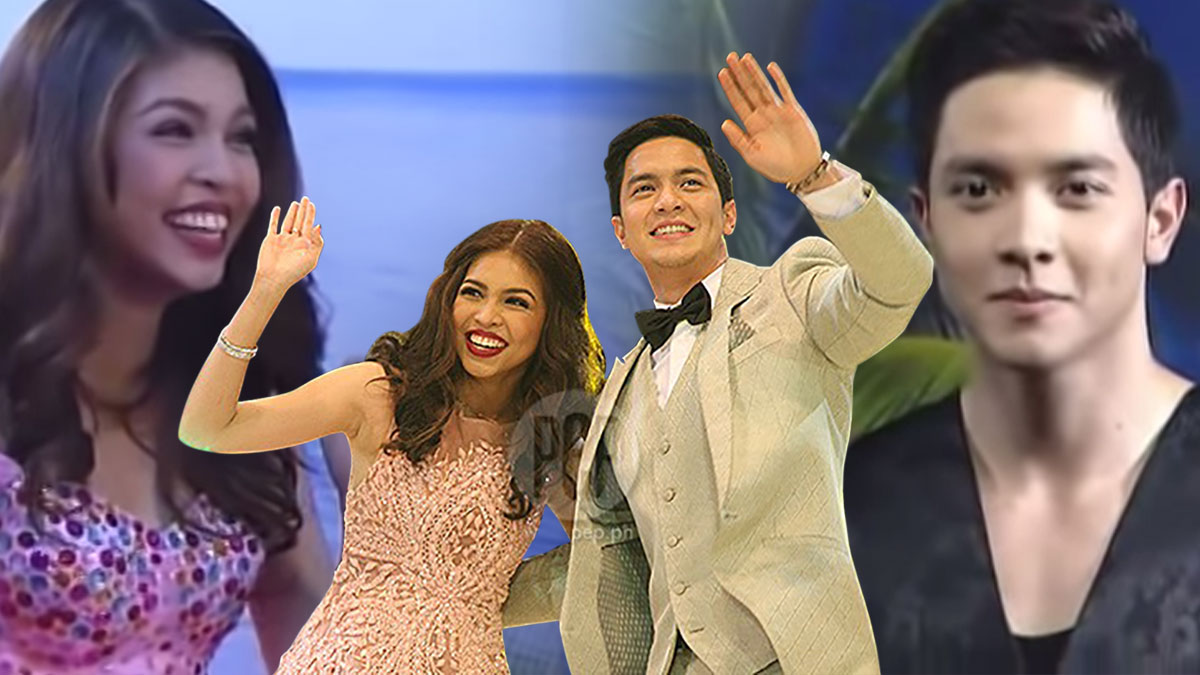 Did you know that the Tamang Panahon concert of AlDub remains the highest-rating episode of Eat Bulaga, and that it rated 10 times higher than its rival program?
PHOTO/S: Noel Orsal / Eat Bulaga!
ILLUSTRATION: Mixi Ignacio

The bad news is that Eat Bulaga! is taking a break from holding live shows because of the COVID-19 pandemic.

The good news is that the Kapuso noontime variety show has been airing select replays of memorable episodes and segments from its forty-three—yes, 43—years on television.

The "Kalyeserye" segment of Eat Bulaga! was so popular that the ratings of the GMA-7 noontime variety show soared to as high as 50 percent, a rare feat for a daytime program.

It also consistently beat its rival program, It's Showtime, to a point where the ABS-CBN program registered single-digit ratings.

PEP.ph (Philippine Entertainment Portal) looks back at four record-breaking TV ratings of Eat Bulaga! at the height of AlDub's popularity.

This is based on data provided by AGB Nielsen.

The September 5, 2015 episode of "Kalyeserye" featured the first face-to-face meet-up of Alden and Yaya Dub.

The two finally saw each other in person!

Alden and Yaya Dub were seen running to the back of the studio, coming from opposite sides of the stage, and when they turned around, they caught sight of each other for the first time.

Yaya Dub smiled shyly at Alden as they exchanged their now-famous "Pabebe Wave." 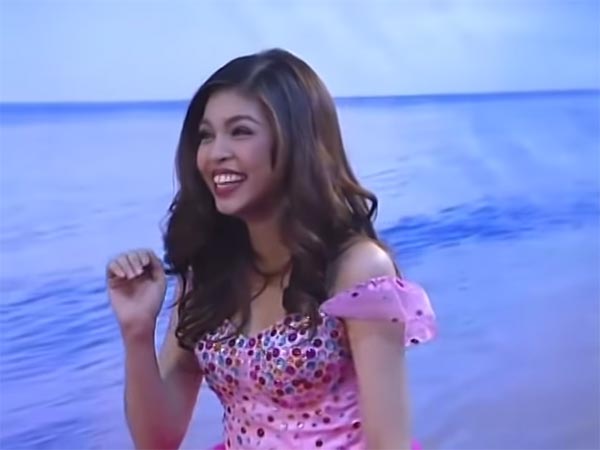 Yaya Dub and Alden started walking toward each other, in anticipation of finally getting close, when, whoosh, an unattractive plywood suddenly dropped from the ceiling. Landing right between them, it looked exactly like a bad wall, totally keeping the two from touching.

The episode registered a 39.5% TV rating, according to AGB Nielsen. Rival program It's Showtime got a single-digit rating of 8.7%. 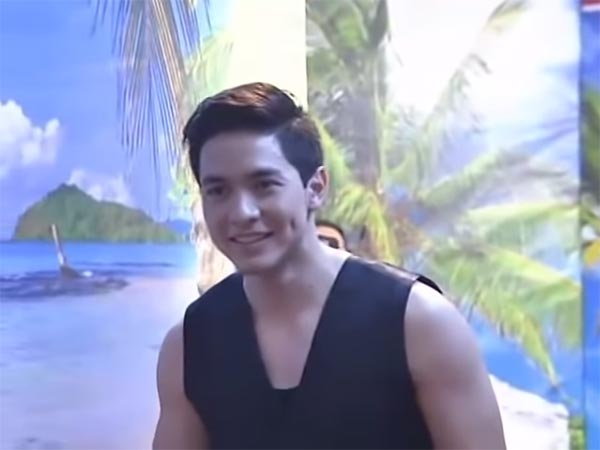 Alden and Yaya Dub finally had their first date in the September 19, 2015 edition of "Kalyeserye."

They were at last allowed to see each other, but Alden and Yaya Dub did not break Lola Nidora's (Wally Bayola) "no-touch" rule.

The episode proved to be the most-awaited event among AlDub fans, with Eat Bulaga! reaching 43.1% ratings. It was the first time Eat Bulaga! would get a rating in the 40% range after many years.

It's Showtime registered 10.7% on the same day, according to AGB Nielsen. 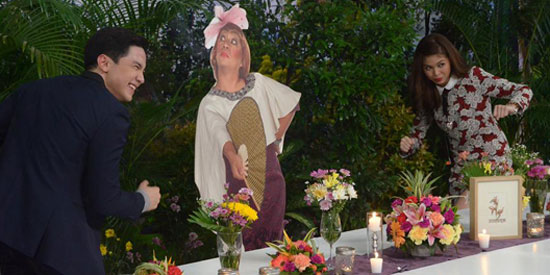 #ALDUBEBForLove featured the second date of Alden and Yaya Dub.

It also featured a teaful Alden singing "God Gave Me You" on the Broadway Studio stage.

The episode registered an even higher rating, 45.7%, according to AGB Nielsen, breaking the show's previous record of 43.1%. 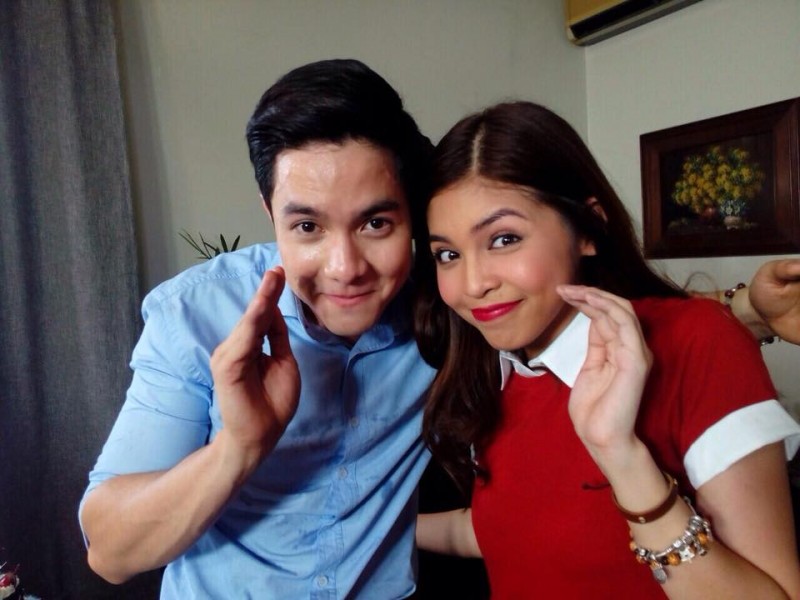 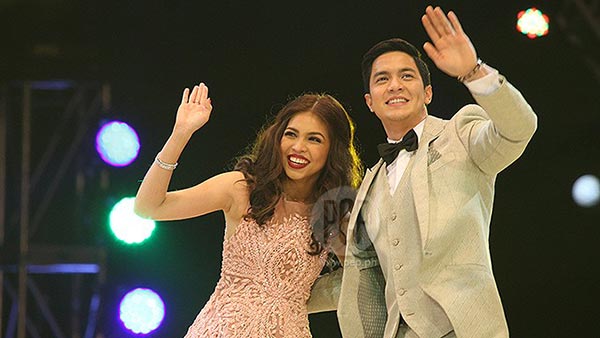 The highlight of the event was the meet-up of Alden and Yaya Dub. The camera dutifully followed Alden from outside the arena, where he walked past a long expanse of concrete leading to the massive entrance, in his hands a bouquet of flowers and the glass shoe that Yaya Dub left behind in Broadway Centrum.

When the two were finally together, at one point Alden tried to kiss Maine, but she stopped him by putting her finger to his lips.

The three-hour show, with no commercial interruptions, earned at least 39.5 million tweets for the hashtag #ALDubEBTamangPanahon in 2015. It broke the record of the hashtag #WorldCup match between Germany and Brazil in 2014. 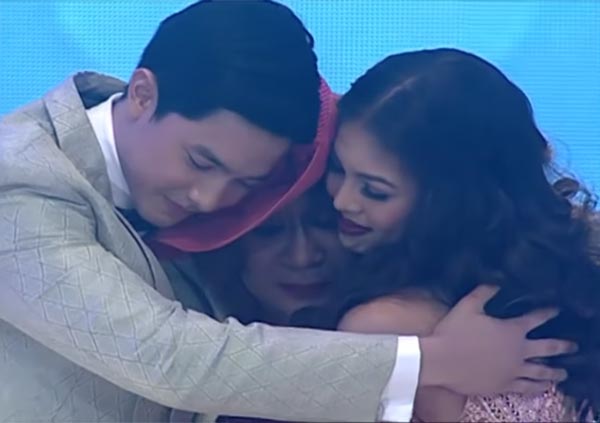 In TV ratings, the Tamang Panahon concert registered a whopping 50.8%, making it the highest-rating single episode of Eat Bulaga!

This rating was 10 times higher than the rating of It's Showtime, which registered at 5.4%, despite also having a much-awaited episode.

On that day, It's Showtime aired the culmination of its sixth-anniversary special and announced the winners of its yearly "Magpasikat" competition. The group of Teddy Corpuz, Vice Ganda, and Jugs Jugueta won the competition.