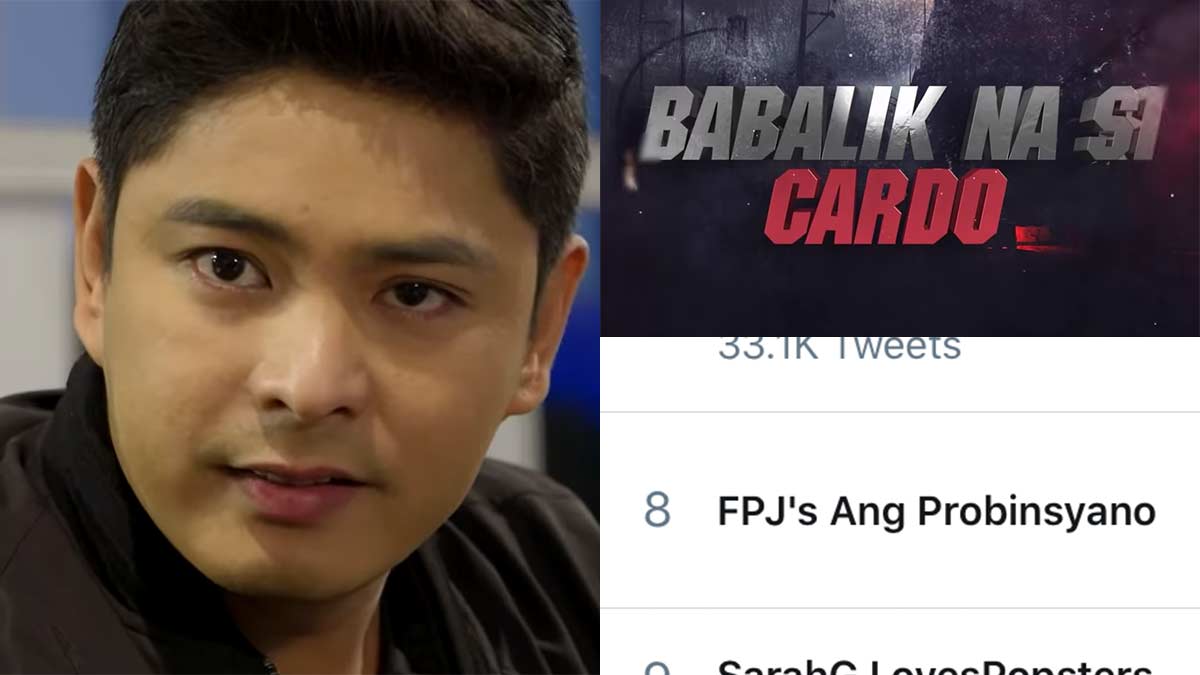 Cardo Dalisay is back!

FPJ's Ang Probinsyano is all set to make a comeback after its almost three-month break due to the community quarantine.

The first teaser was a 30-second video where Coco Martin's character, Cardo Dalisay, was doing a house-to-house tour and knocking on each door.

Coco then entred a house, and turned on a TV set, which showed "Kapamilya Channel."

The official reveal of the Kapamilya Channel happened on TV Patrol, which also announced the TV shows that will be airing again.

ABS-CBN has been off the air since May 5, 2020, following the cease and desist order issued by the National Telecommunications Commission (NTC) after the network's congressional franchise expired on May 4.

The second teaser was a two-minute trailer confirming the comeback of Coco Martin's series.

It showed a recap of the recent events in FPJ's Ang Probinsyano before it went off the air on March 16.

This included Cardo's investigation on Lemuel (Romnick Sarmenta) and Lily's (Lorna Tolentino) plans of taking over the power of her husband Oscar (Rowell Santiago), who is the President of the Philippines in the story.

The Kapamilya Channel is set to start airing Probinsyano, along with Love Thy Woman, and A Soldier's Heart, on June 13.

Also part of the cable channel's lineup are the following shows: It's Showtime, ASAP Natin 'To, Magandang Buhay, and The Voice Teens.

The show became a trending topic on Twitter shortly after the two teasers were released.

Here are some of the netizens' reactions to Cardo's comeback.

FPJ's Ang Probinsyano has been airing on TV since September 28, 2015.

The TV show is currently on its fourth year.