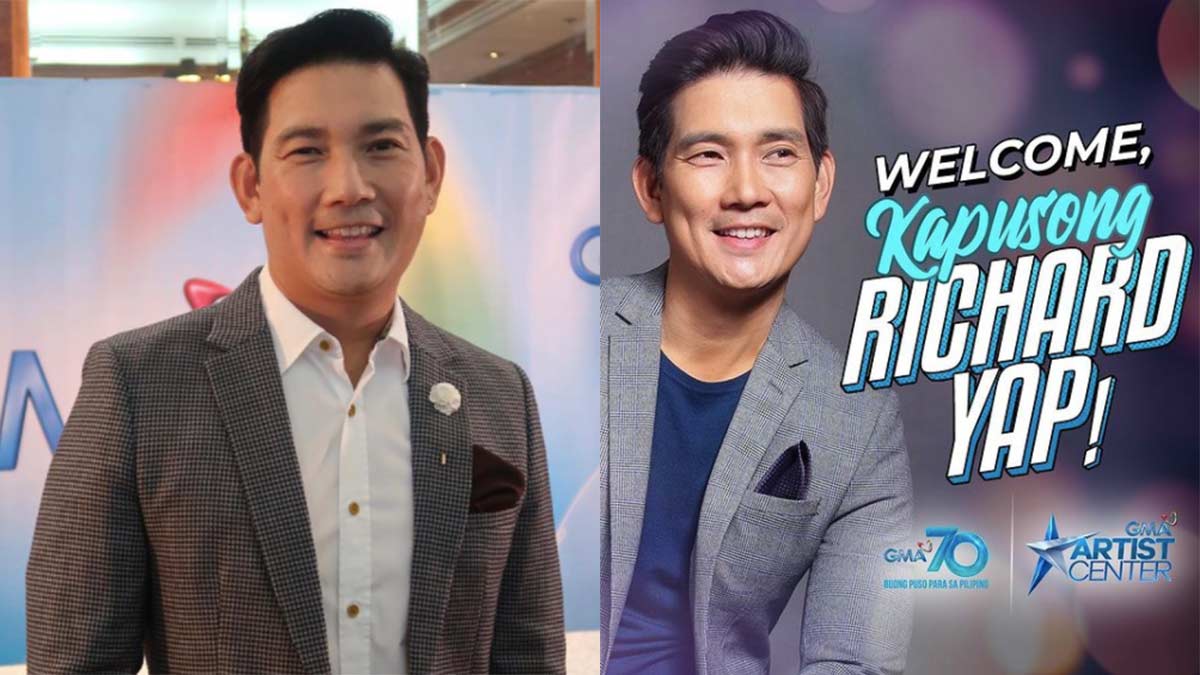 A Kapamilya for nine years, Richard Yap has a change of heart and is now a Kapuso. The 53-year-old actor signed a contract with GMA Artist Center earlier today, December 16.
PHOTO/S: @kapusoprgirl / @gmanetwork on Instagram 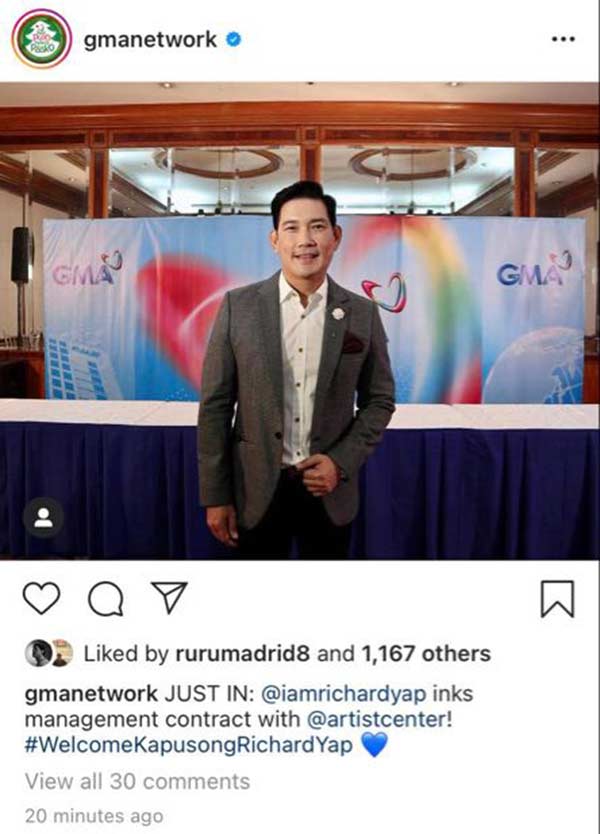 Before Richard's contract signing, GMA Artist Center posted a teaser that read: “aRe You ready to meet our newest Kapuso?

The letters R and Y, both in capital letters, were accompanied by a blurred photo of a male artist.

PEP Troika named Richard as the Kapamilya actor in the blind items.

Richard and his camp did not react to the rumors.

Back then, he was busy campaigning for a seat in Congress as representative of Cebu.

He lost his congressional bid.

In June 2019, ABS-CBN’s afternoon series Kadenang Ginto launched a teaser for its third season, which revealed Richard's participation in the show.

In a press conference in July 2019 for the new season of Kadenang Ginto, Richard said about the network-transfer rumor: "Tsismis lang iyon.”

On July 11, 2020, Richard appeared as a guest in GMA-7 and TAPE, Inc.’s noontime-variety show Eat Bulaga! via its segment “Bawal Judgmental.”

RICHARD YAP: FROM KAPAMILYA TO KAPUSO

Richard, who started as a commercial model, started his acting career via ABS-CBN’s 2011 drama series, My Binondo Girl. He played the father of Kim Chiu’s character.

Next, he did a guest role in the prime-time series Walang Hanggan.

He was supposed to be part of Kris Aquino’s teleserye Kailangan Ko’y Ikaw, but instead, he was chosen to portray Jodi Sta. Maria’s partner in the daytime series Be Careful With My Heart in July 2012.

Originally intended to run for only 13 weeks, the series registered high ratings that Richard was pulled out of Kailangan Ko’y Ikaw at the same time that Be Careful With My Heart was extended to run until November 2014.

The success of Be Careful With My Heart crowned Jodi and Richard as ABS-CBN’s Daytime Queen and King.