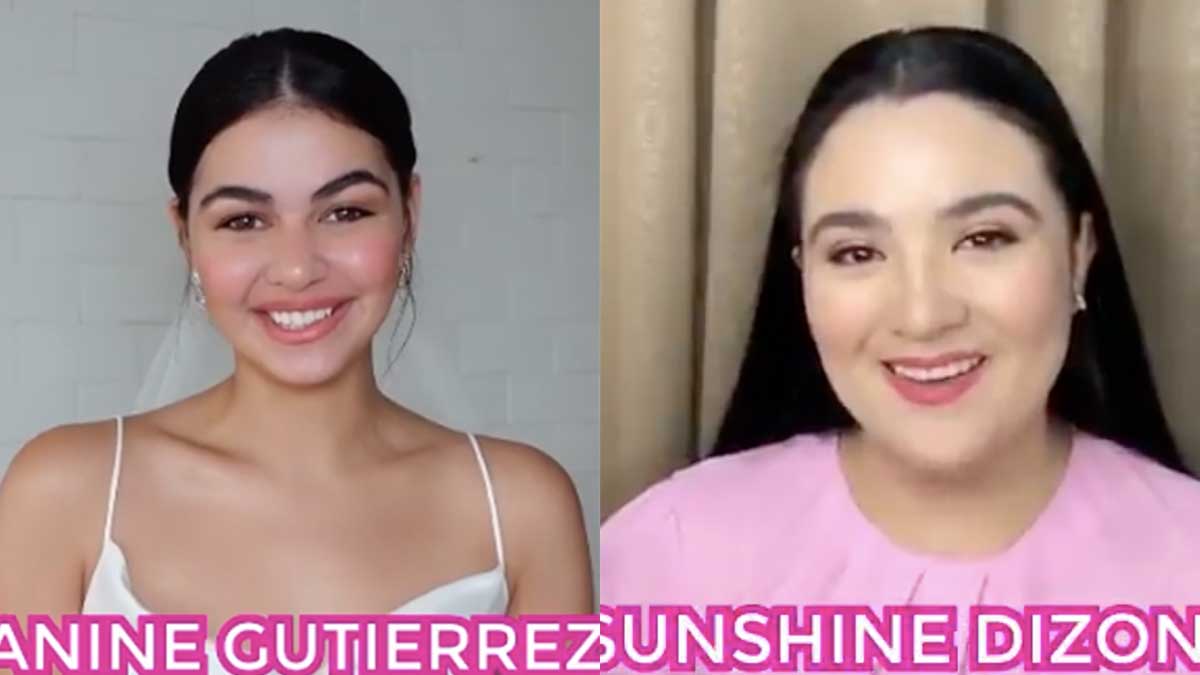 Janine Gutierrez is excited to work with her “ate” Sunshine Dizon in their first teleserye with ABS-CBN.

The two former Kapuso artists will be seen together in the upcoming Kapamilya family drama series Marry Me, Marry You.

The show's teaser that was launched last Friday, April 30, 2021, also served as an announcement revealing Sunshine’s transfer to ABS-CBN.

In her caption, she welcomed Sunshine to ABS-CBN.

The two worked together in the GMA afternoon series Villa Quintana, which ran from 2013 to 2014. It was Janine’s first lead role for a teleserye.

Janine exuberantly expressed in a post her enthusiasm that after seven years, she and Sunshine will reunite in their first teleserye with ABS-CBN, another "FIRST" in her career.

“Ate Shine is one of the most generous, kindest and undoubtedly one of the BEST actresses we have in the Philippines.

In the comments section, Sunshine replied to Janine and said, “nini i got your back then and Ate will always be here for you alam mo yan. Love you and happy to be doing our first together.” 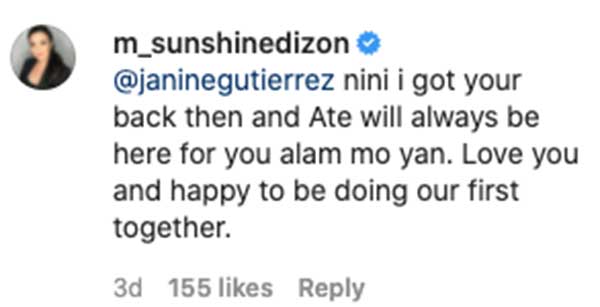 Janine and Sunshine both transferred to ABS-CBN this 2021 after their long years with GMA-7.

Sunshine was a Kapuso for 25 years beginning in 1996. Her contract with the network expired and was not renewed in 2021.

ABS-CBN officially welcomed Sunshine through a media conference on April 30, 2021.

In the past, Sunshine occasionally did guest appearances in ABS-CBN's drama anthologies, such as Maalaala Mo Kaya and The Maricel Drama Special.

Janine is also elated to be in the cast of Marry Me, Marry You along with renowned showbiz veterans—Cherry Pie Picache, Vina Morales, and Edu Manzano.

Janine said in her caption, “OMG YOU GUYS ETO NA!!!!! SO LUCKY TO BE PART OF THIS INCREDIBLE CAST OF MY ULTIMATE IDOLS AND ABSOLUTE ICONS!!!!”

She is also happy to have Paulo Avelino as her leading man. They are together in the film Ngayon Kaya, which has yet to be shown in cinemas.

On Paulo, Janine said, “We used to talk abt doing a serye together and it's actually happening”

The show's lock-in taping with the entire cast and crew is scheduled in May. However, its airing date has yet to be announced.