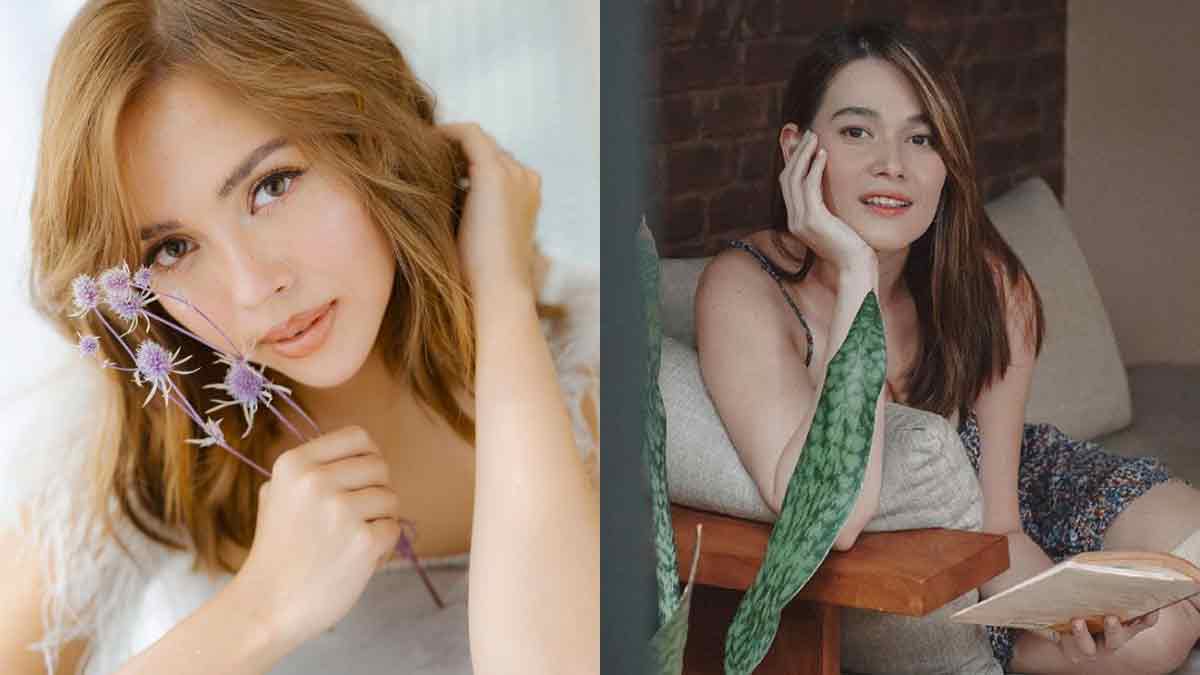 Fans of the actress tweeted that she would make a good replacement for Bea Alonzo, the series’ original lead star.

Kahit Minsan Lang was teased in early 2020 as Bea’s next TV project as a Kapamilya, but the teleserye was put on hold after the coronavirus pandemic restricted TV productions.

Later that year, a production insider told PEP.ph (Philippine Entertainment Portal) that the series will proceed but Bea won’t be returning as its lead due to pandemic restrictions.

Her network transfer was met with strong reactions from fans.

Julia Montes for the role

Fans saw the potential of the series and gave out suggestions for its lead replacement on Twitter.

Among the names suggested were Maja Salvador—who revealed that she was offered the role, but turned it down— Angel Locsin, Bela Padilla, Shaina Magdayao, Denise Laurel, and Julia Montes. The latter’s name trended on the site.

Many of Julia’s avid fans supported the idea, especially since they had been rooting for the actress’ TV comeback for a long time. 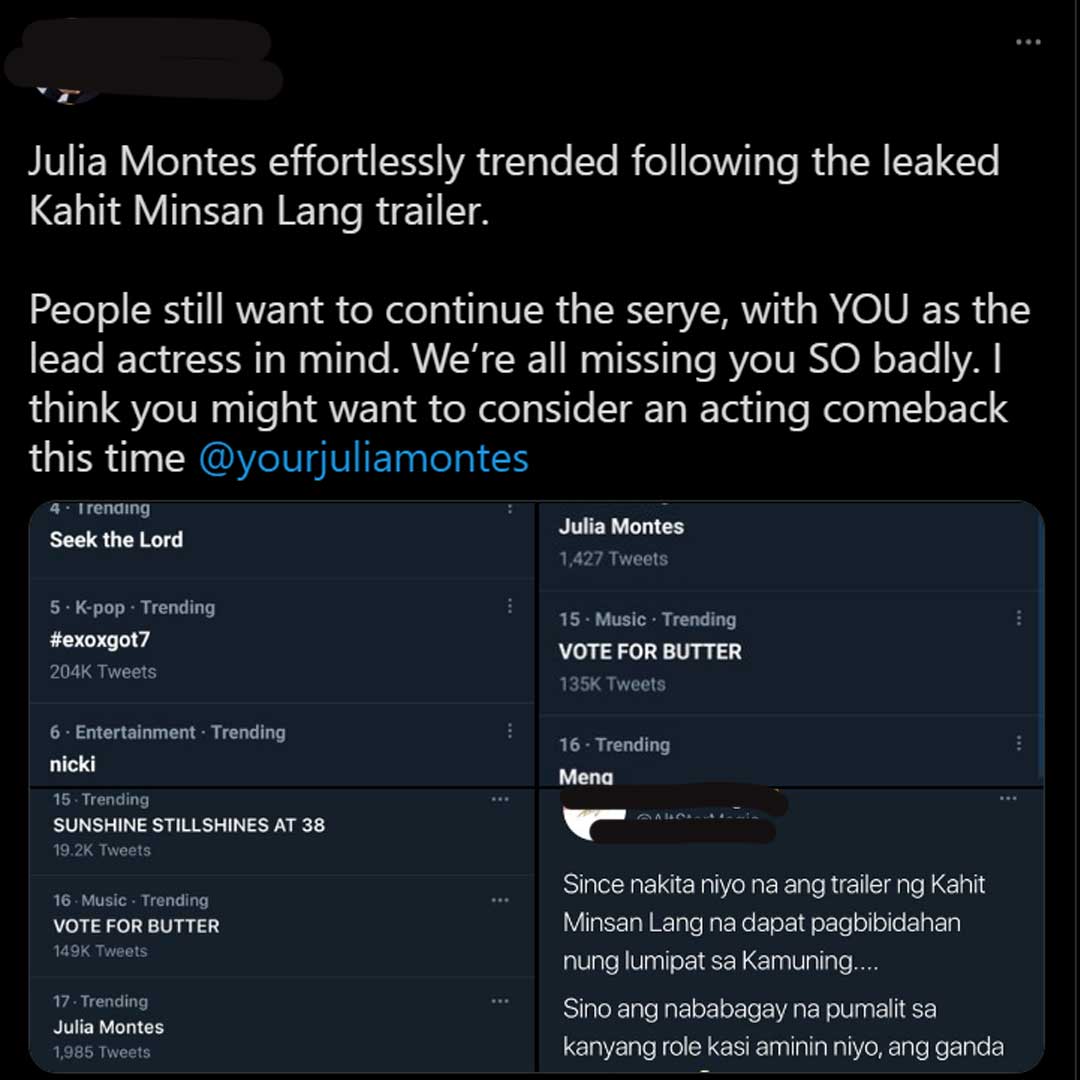 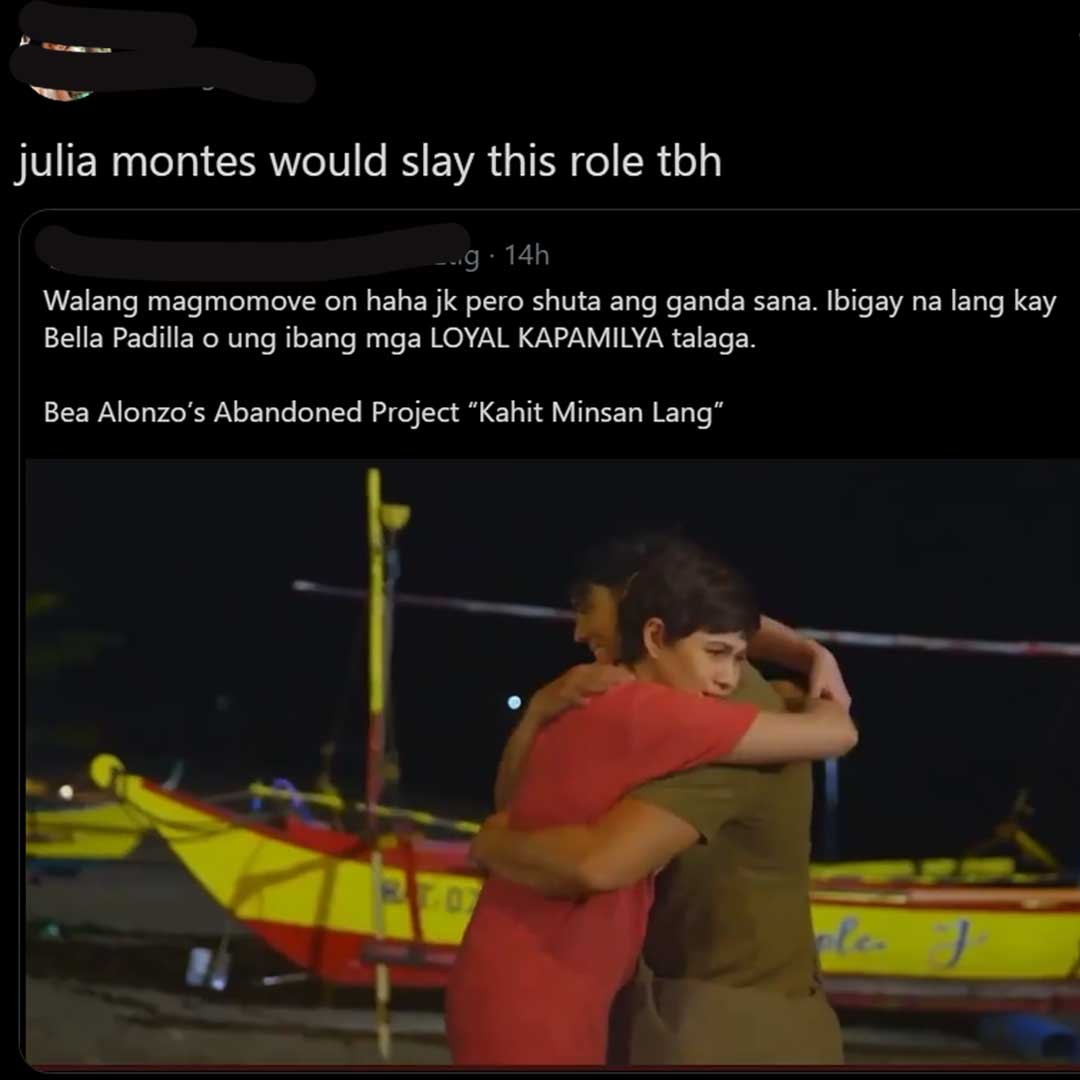 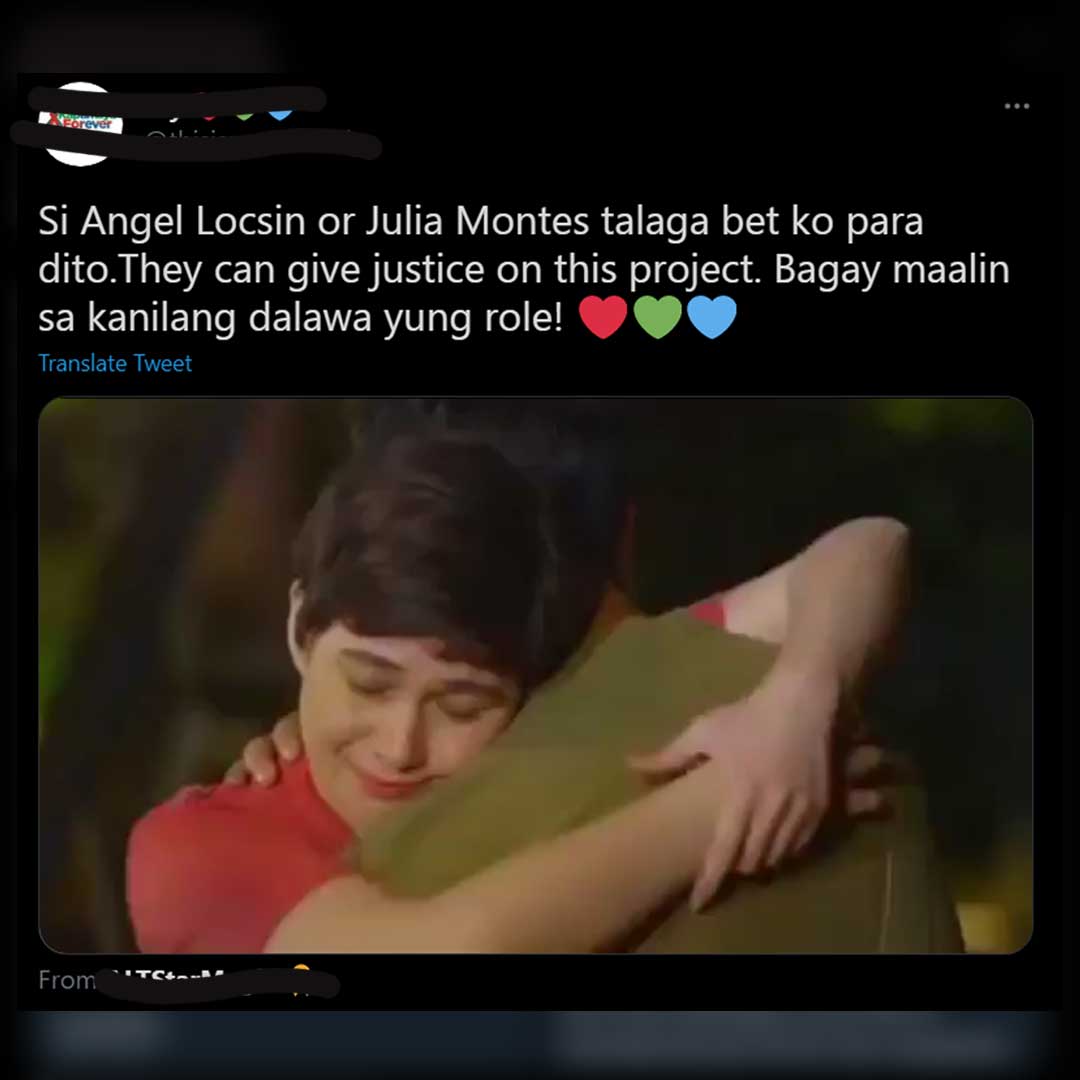 They especially rooted for her to return on the prime-time block. 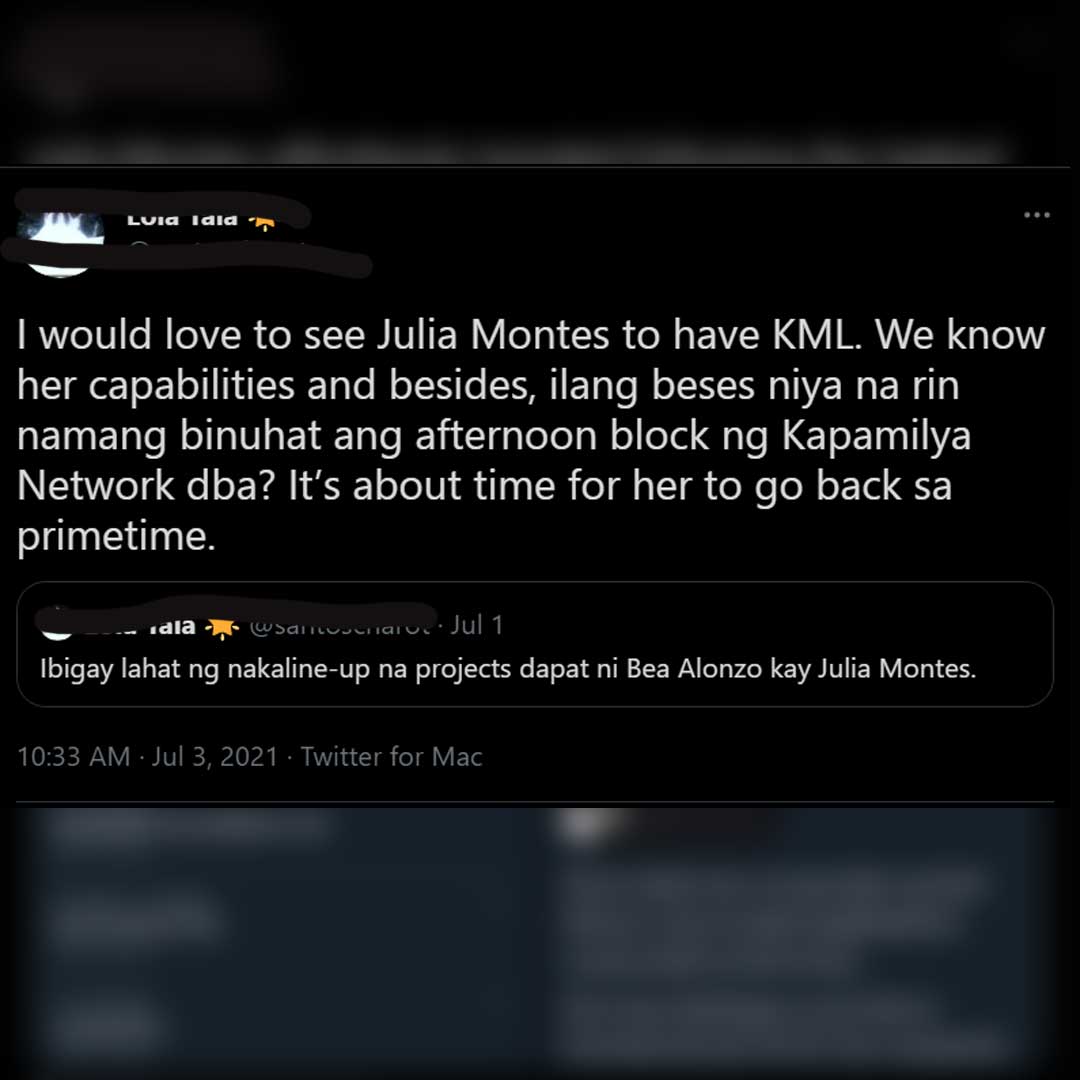 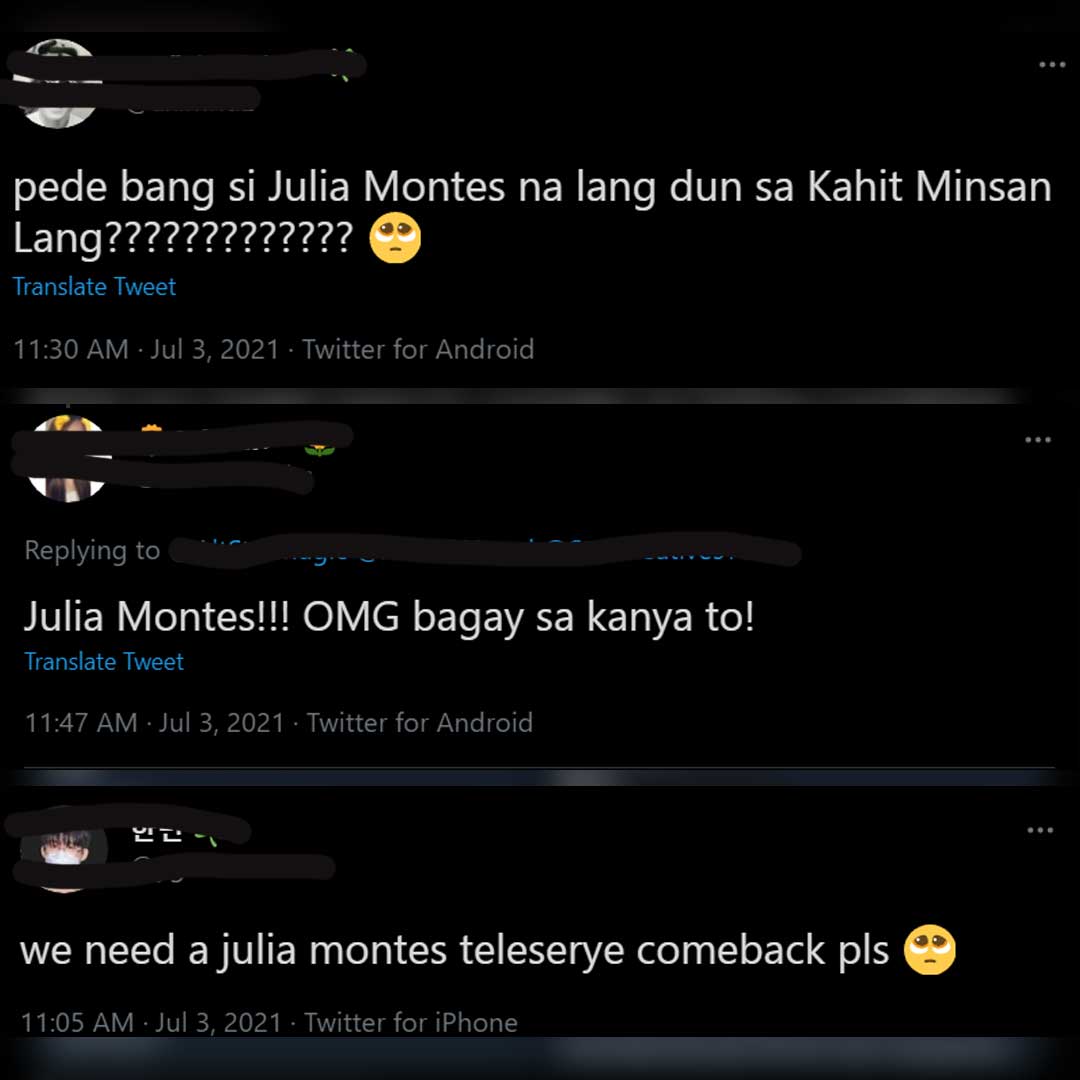 Julia’s last TV project was 24/7 in 2020, but its run was cut short due to the pandemic and the ABS-CBN shutdown.

She was also set to headline the series Burado, but it got shelved as well.