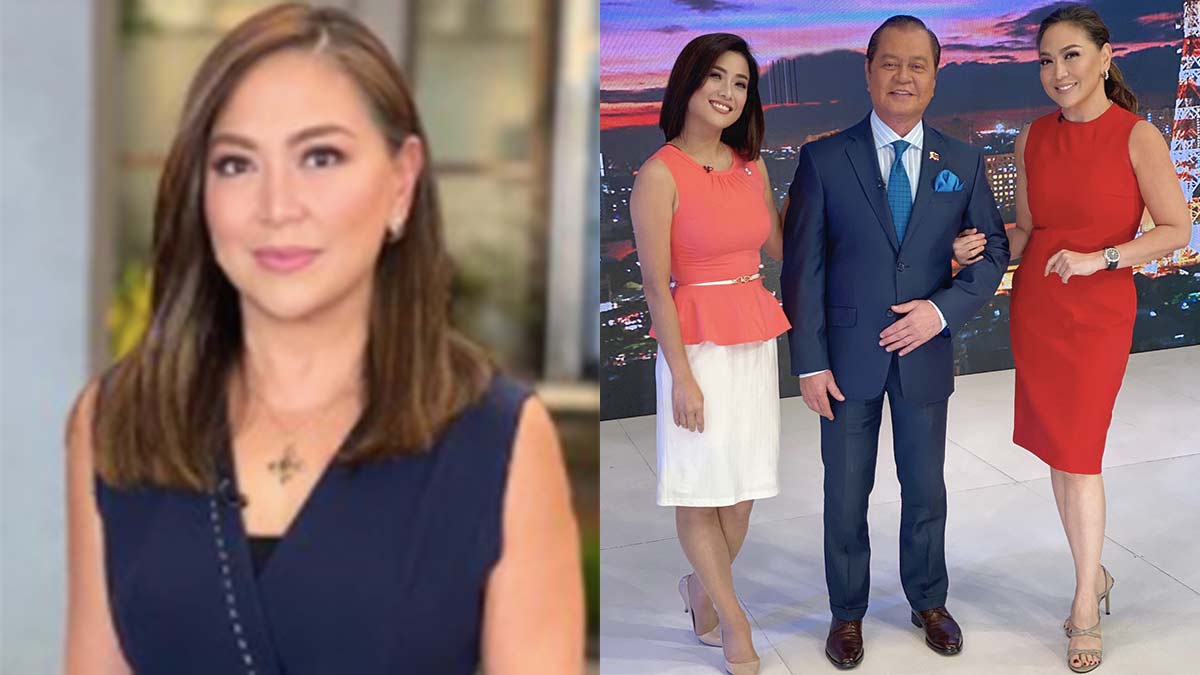 This was announced by ABS-CBN through a news report today, October 8.

Earlier today, Noli filed a certificate of candidacy to run for senator.

Karen's comeback on TV Patrol will happen on Monday, October 11.

Karen first became an anchor of TV Patrol in 2004 when the program was relaunched as TV Patrol World, with Julius Babao and Ted Failon as co-anchors.

In 2010, Karen and Julius left TV Patrol when Noli returned to the program with Korina Sanchez, in time for the end of Noli's term as vice president as well as the show's 25th anniversary.

Karen and Julius then anchored the late-night newscast Bandila until 2020 when the program was entirely canceled because of ABS-CBN shutdown.

In 2020, Karen, along with other Kapamilya news anchors, would do anchoring duties for TV Patrol after Ted Failon left the show when he transferred to TV5. Henry Omaga Diaz later became Ted's permanent replacement.

With her permanent return to TV Patrol, Karen has to leave her current show, the late-night English newscast The World Tonight which airs on ANC, Kapamilya Channel, and Kapamilya Online Live.

Pia, a journalist since 2006 and a Kapamilya since 2010, is also a member of the Malacañang Press Corps, covering current president Rodrigo Duterte.

Aside from TV Patrol, Karen is also the host of ANC's Headstart.