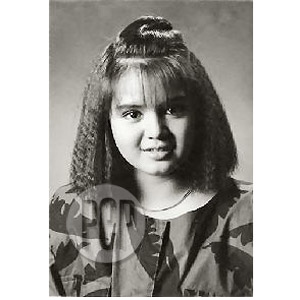 When the fifteen-year old Julie Vega (in photo) died in May 1985, she left behind an incomplete story line for Anna Liza and thousands of fans who mourned the passing of one of the most talented child stars in showbiz.

They were cute. They were adorable. They had fans even before they reached adulthood.

These are the child stars of showbiz, most of them all grown up and new ones being introduced every so often in Tinsel Town.

We see most of them growing up in front of the camera although others seem unable to sustain the interest generated in their youth, turning them into the kids you used to watch on a particular show but now only vaguely remember.

Still others choose to live a life away from the spotlight, allowing them to regain the privacy that they were unable to experience in their youth.

As a way of commemorating the glorious days of these precocious children, PEP (Philippine Entertainment Portal) lists down some of the most memorable child stars of local showbiz.

Here is PEP's list of most memorable child stars, in alphabetical order:

Billy Joe Crawford. Filipinos best remember Billy Joe Crawford as the "saling pusa" of the ‘80s show That's Entertainment. The spunky kid, whose trademark outfit then were suspenders and a baseball cap, excelled in entertaining people—a skill that served him well when he embarked on a singing career in the United Kingdom and France, as well as other Asian countries.

When Europe's singing sensation came back to his home country, he was honored with his own star in the local version of Walk of Fame and hosted a dance reality show titled Move.

Janice de Belen. This child star began out as a newscaster for the Newswatch Junior Edition of RPN-9. Janice de Belen's big break came when she became the face of Flor de Luna, the star of the long-running soap opera that was aired on RPN-9 during the ‘80s.

With a career spanning three decades, she has also been linked to some of the most eligible men in showbiz—Gabby Concepcion, Aga Muhlach, and John Estrada. Janice has been hosting the GMA-7 morning show SiS for the past seven years.

Matet de Leon. The adopted daughter of Nora Aunor and Christopher de Leon inherited a showbiz legacy when she came into their lives. Matet de Leon did not shun the call of the spotlight and she endeared herself to the public when she uttered the now famous line "Takot ako eh!" in the horror film Halimaw sa Banga. Matet now has a child of her own but with her baby face, she will always remain the quintessential child star for most Filipinos.

Niño Muhlach. Hailed as the Child Wonder of Philippine cinema, his popularity zoomed when he was cast as Ding, the younger brother of Narda/Darna in the 1979 film Darna at si Ding. His cute antics and chubby cheeks endeared him to Pinoys viewers, and earned him the lead roles for Butsoy, Bruce Liit, Kowatog, Bokyo, Pepeng Kulisap, among others.

Unfortunately, adulthood has not favored the former child star. Niño is now facing very mature problems with his estranged wife Edith Millare and legal battles when he was charged with drug possession earlier this year.

Camille Prats. She's the darling child star of the '90s, with Angelica Panganiban and Tom Taus as her batch mates.

The sweet, innocent girl that people saw in Sarah: Ang Munting Prinsesa was transformed into a sexy cover girl for the men's magazine FHM when Camille Prats turned 21 last year.

From her "Esmyuskee!" days in Ang TV to her teenybopper days in Tabing Ilog, Camille continues to bust her boundaries by forging a new route for herself. She has temporarily bidden goodbye to showbiz to finish her studies in the United States.

After spending two decades in the industry, she has played a variety of roles that showcase her exceptional acting talent. Her expressive eyes and her innate ability to shed tears have established Judy Ann as one of the country's foremost drama princesses.

Vilma Santos. The image of a frail-looking nine-year old girl being subjected to maltreatment is considered as one of the most enduring images of Vilma Santos as a child star. Her heartrending portrayal in Trudis Liit did not go unnoticed, allowing her to bag her first acting trophy as Best Child Performer from FAMAS. This paved the way for her luminous acting career, which gave way to an even more luminous political career as three-term Mayor of Lipa City, and now Governor of Batangas.

Aiza Seguerra. Precocious Aiza Seguerra charmed her way to showbiz when she was chosen first runner-up in the "Little Miss Philippines" contest on Eat Bulaga. People who lived through the '80s would remember her for popularizing the "Aiza walk" and "A-che-che."

The child star-turned-singer made waves in the music scene with her phenomenal hit "Pagdating ng Panahon." She also broke out of the mold when she publicly admitted that she is a lesbian and currently in a relationship with non-showbiz girlfriend Chen Sarte.

Aiza Seguerra got a second wind in her TV career when she was cast as Alex Mendoza in the ABS-CBN ongoing TV series Ysabella.

Maricel Soriano. The Diamond Star entered the colorful world of showbiz at six years old via the 1971 flick My Heart Belongs to Daddy. Maricel Soriano honed her comedy skills by playing Shirley, the daughter of Comedy King Dolphy and the late Nida Blanca in the sitcom John en Marsha. The Taray Queen proved her mettle in drama by reaping acting accolades throughout her sterling career. The 42-year old actress has come a long way from just being one of the newscasters of the comedy show Kaluskos Musmos in the '80s.

Julie Vega. First introduced to the public as Darling Postigo, she became Julie Vega when she was launched in Mga Mata ni Angelita, a phenomenal hit at the box office that brought the 10-year old child to stardom.

The late soap opera princess was iconic as the lead character of GMA-7's Anna Liza. Her sensitive portrayal as an oppressed child gained for her legions of fans and made her the chief rival of another child star, Janice de Belen of Flor de Luna fame. When she died of a rare illness in May 1985, thousands of Filipinos mourned over the loss of one of the most angelic faces to grace showbiz.

And if there's a name for the 11th spot, it will be Snooky Serna. She started her acting career at the age of 4, when she was launched in the movie, Wanted: Perfect Mother. Two years later, she earned her acting award for the Lino Brocka-film Sana Mahalin Mo Ako.

Kambal Tuko stars Richard and Raymond also captured the hearts of the viewers when they were just chubby little boys. Showbiz press was so right in saying that Gutierrez twins would go places. Richard is presently the young male superstar of Kapuso network, while Raymond is establishing a good name in the field of hosting. A double treat indeed!

If you have more names to add, the space below is all yours.