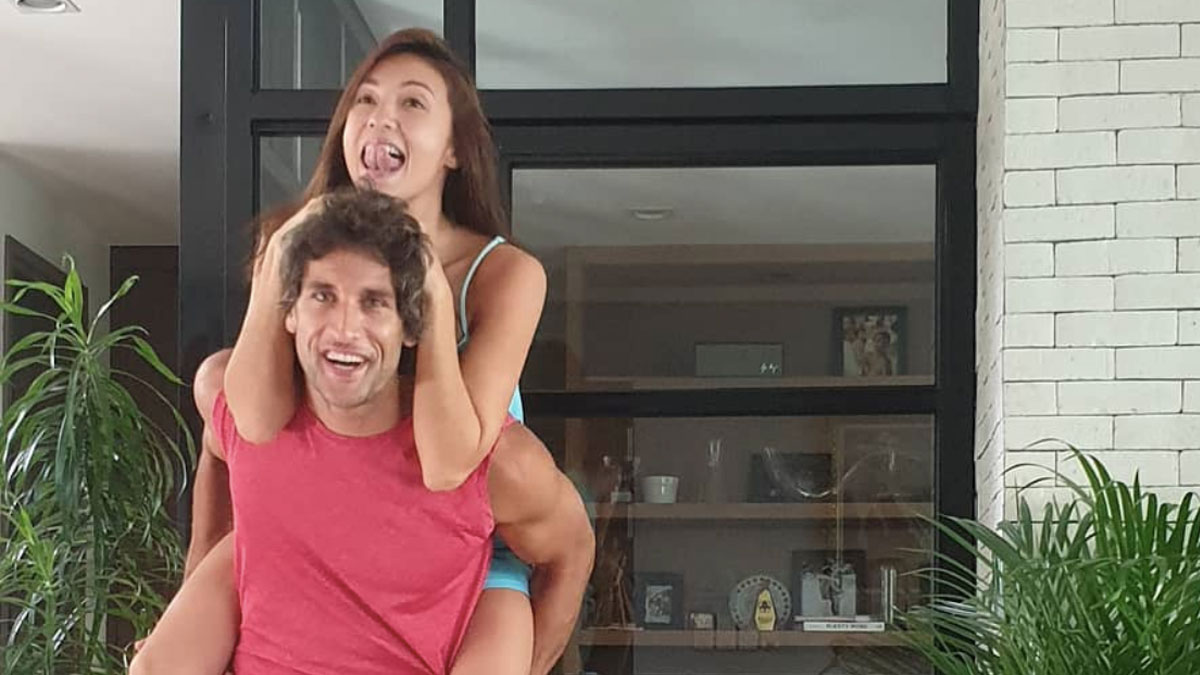 Nico Bolzico says the key to having "successful marriage" is letting husband handle the big decisions, and making the wife in charge of the "small decisions."
PHOTO/S: @nicobolzico on Instagram

On finances, the Kapuso actress told PEP.ph (Philippine Entertainment Portal) in a previous interview that they have a joint account, where they deposit a certain amount for their montly expenses.

But whatever is left of their monthly individual incomes, "Wala akong pake," Solenn said.

On special occasions, it's not a big deal if one of them forgets an important date, such as their anniversary date.

If not for the "happy anniv" comments of the netizens under her throwback post on Instagram last May 21, Solenn would not have realized, "Day of my wedding pala yun!”

The funny thing was: Nico forgot it, too.

On household chores, Solenn does it all, and does not mind.

The couple has a helper who cleans thrice a week, but the Filipina-French star does the cooking, the groceries, and the showering of pets, to name a few,

On their time together, Nico said they believe in giving each other space from time to time.

For the past three Christmases, they have been spending their holidays away from each other—Nico in Argentina, Solenn in the Philippines.

In an Instagram post, Nico affirmed, "...we are so sure we will spend the rest of our lives together, that be apart for three weeks is nothing."

He went on to enumerate the type of decisions that he and Solenn have to make.

"Small decisions are: where to live, what car to get, where to go on vacation, what to eat, what movie to watch, who is in charge of the dishes, how many kids to have, among other small issues like that.

"Big Decisions are: What should be the next planet to be visit by NASA, how the bilateral relationships between China and the USA continue, where should the next Football World Cup take place and what supehero movies should MARVEL focus on, to mention a few."

He added, "Very important that that the wife does not get involved with these big decisions that only the man of the house can take care of, and the husbands can not get involve in the small decisions!"

It wasn't long before his followers started reacting to his post.

Gretchen Ho wrote, "pls introduce me to another man like you!

In jest, Nico quipped, "Be careful what you wish."

Erwan had another concern: The shirt of his brother in law in the photo.

He remarked, "Please tell me you're wearing underwear"

Solenn threw in, "Of course he is! The gold has to be held up and hidden."

Nico's witty response was, "...use ur imagination... Just kidding, i am wearing a new underwear called #BolaLess" 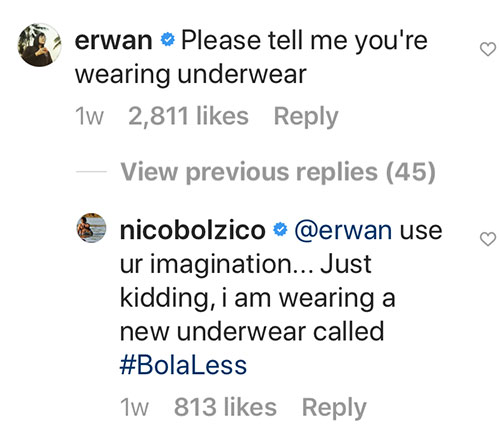