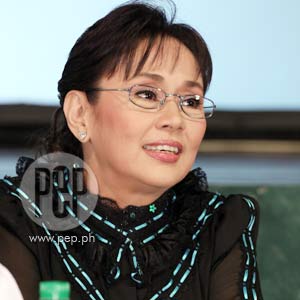 The "Star for All Seasons" and Batangas Governor proves that her performance as an actress is still a strong force in the box office. Her most recent movie under Star Cinema, In My Life, reportedly hit P20 million on its opening day.

Multi-awarded actress and public servant Vilma Santos-Recto, a member of the merged political party Lakas-Kampi-CMD, is reportedly being primed to be the party's vice-presidential candidate for next year's elections.

The statement floated assumptions that the VP slot is still open to speculation, even though the political party had already endorsed Puno, an administration ally and political strategist who successfully managed the campaigns of eventual presidential winners Fidel V. Ramos, Joseph Estrada, and Gloria Macapagal-Arroyo.

But Pichay added that Vilma's name had already been tossed around the table a few weeks before Puno's endorsement, and that Vilma's two-year experience as Batangas Governor was enough for the vice presidency.

Vilma Santos has yet to receive a formal invitation from the party to be able to join the selection process. Pichay said a "recommendation" from Teodoro could "seal the deal" on who the VP aspirant would be.

Pichay added, "Vilma is very popular and very acceptable to [our] party... And definitely, she can help prop up the ratings of Gibo."

"ALL OPINIONS ARE WELCOME." In a statement published in the same paper, Puno said his endorsement is not yet final.

"Everyone knows the straw vote [during the Sept. 16 meeting] was just a consensus exercise and that the final decision will come at the party convention," he said. "Until then, all opinions are welcome."

Puno added that he believes in Vilma's competence as a politician.

"Governor Santos is a competent public official with a proven and unblemished record of performance. If she declares her availability for any national office, I'm sure the party, in its collective wisdom, will make the decision at the proper time," he said.

NOT YET READY. But in a previous interview with PEP (Philippine Entertainment Portal), the Star for All Seasons said she's not yet ready to seek a national position. (Click here to read related story)

She also clarified that she wants to seek a second term as Batangas governor.