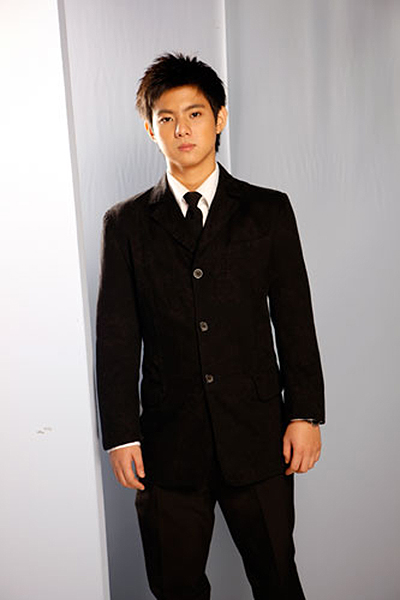 Whatever became of Jiro Manio? He answered that question five years ago, pointing to the events in his life that overwhelmed and defeated him—the death of his mom, lovelife, becoming a father at a young age, and the pressure of a busy career. This was Jiro's photo for Tayong Dalawa, his last big project with ABS-CBN.

People share the same sentiment about what has become of Jiro Manio: “Sayang.”

The former child star entered showbiz in 1999. He was then eight years old.

As early as then, he had the opportunity to work with popular stars Vilma Santos and Claudine Barretto in Anak, technically his first film.

In 2001, he received his first acting award as Best Child Performer from the Metro Manila Film Festival for his role in Bagong Buwan.

For his next film, Magnifico, he became the youngest recipient of the Best Actor award.

He went on to star in 13 more films as busy as he was with 14 projects on television.

His last appearance was in 2012, via the movie Just One Summer, where he played a drug addict.

THINGS GOING HAYWIRE. Given his talent and credentials, he had a bright future ahead of him.

But in 2007, life became tumultuous for the 15-year-old child star.

That was when reports about his use of marijuana surfaced.

In an interview with PEP.ph (Philippine Entertainment Portal), he denied the allegation.

It was also a busy year.

Aside from starring in five films—Forster Child, Tirador, Green Paradise, Tambolista, and Bahay Kubo—he was also seen on the ABS-CBN teleserye Margarita, topbilled by Wendy Valdez, and Love Spell presents My Soulfone.

Then his mom, Joylene, died.

According to people who know Jiro, the death of his mother greatly affected the young actor.

It was also the same year he fell for a woman six years his senior.

And the following year, at the age of 16, he became a father.

At almost the same time, the number of projects coming his way dwindled.

But ABS-CBN had to kill his character, citing his“unprofessional and irresponsible behavior” at work as reason.

His absences, according to Bong Osorio, then-corporate communications head of the network, had caused problems on the set.

That decision was followed by the move of Star Magic, which managed his career for 10 years, to drop him from its roster of talents.

PICKING UP THE PIECES. In 2010, with the help of Magnifico director Maryo J. Delos Reyes, he started appearing on Kapuso shows.

For the first time, he also tackled the controversies that surrounded him.

In a previous interview with PEP, he said, "May problema ako sa family ko, may baby ako, nag-aaral pa ako, at may trabaho ako.

In 2011, he voluntarily entered a rehabilitation facility for the sake of his children.

Yup, by this time, he already had two kids.

In 2012, with the help of his uncle Andrew Manio, the brother of Jiro’s mom, he proudly graduated from high school.

He was awarded the Most Inspiring Student by RESPCI (Rizal Experimental Station and Pilot School of Cottage Industries) in Pasig City.

Jiro also left the rehab, and promised he would never use drugs again.

He actually planned taking up either a culinary or aeronautics course.

In 2013, he underwent martial arts training for ABS-CBN realiserye I Dare You.

That was the last news about him.

The next time the public would hear about him was yesterday, June 30, 2015.