The Star Magic Ball 2015: Six things to look forward to 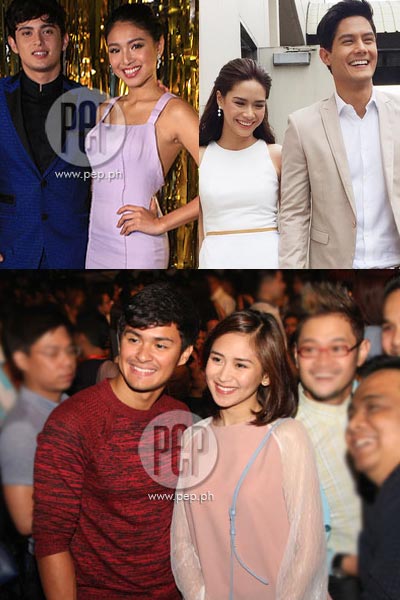 (Clockwise) JaDine, DanRich, and AshMat are anticipated to have their red carpet debut at the Star Magic Ball 2015.

The ninth Star Magic Ball will be rolling out its red carpet this weekend and all eyes are focused on yet another star-studded spectacle.

Every year, this event never fails to give showbiz fans something to talk about.

RED CARPET FASHION. It is no secret that fashion takes centerstage at the event as celebrities bring on their top fashion game into play.

Kim Chiu has been winning the Best Dressed awards since 2010. So does Bea Alonzo who upgrades her red carpet style every year. WHO WILL DATE WHO? Another open secret that fans love to indulge in are the reel- and real-life couples who will attend the ball.

READ: Star Magic Ball through the years: 20 things worth remembering

Enrique Gil and Liza Soberano are expected to attend the affair together for the second time, while Ejay Falcon will have his Pasion de Amor co-star Ellen Adarna as his date.

But the biggest question is, will Sarah Geromino be Matteo Guidicelli’s plus one for the evening? Let’s cross our fingers on that!

DEBUT OF JADINE, DANRICH. In 2012, Kathryn Bernardo and Daniel Padilla a.k.a. KathNiel made their red-carpet debut as a love team and took home the Breakout Style award.

We hope for a similar outcome for On the Wings of Love stars James Reid and Nadine Lustre a.k.a. JaDine—a healthy fashion match-up with KathNiel, most likely.