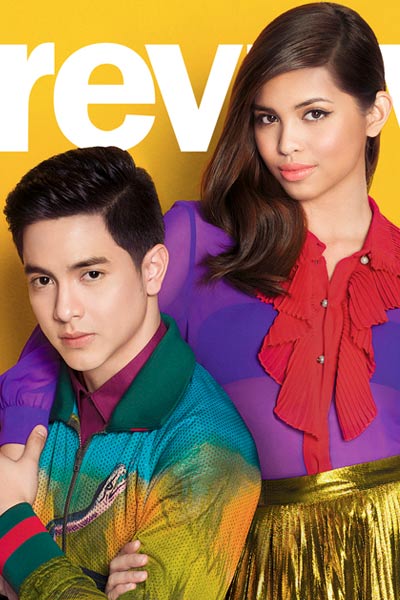 By this time, everyone has an idea who AlDub is.

The massive success of their charity concert, Ang Tamang Panahon, at the Philippine Arena, merely affirmed the status of AlDub as a global phenomenon, hitting nearly 41 million tweets last October 24.

Say what you will about AlDub appealing only to the masses, but just now, Alden Richards and Maine Mendoza are conquering the world of high fashion.

Soon, their faces will be on the spreads of glossy magazine covers, the first among which is Preview magazine.

In its November issue, Preview magazine recalls the beginnings of Alden and Maine, and attempts to explain the magic that is AlDub.

At the time of Preview’s shoot for its cover story, Alden and Maine still had to be shot separately.

Meticulous editing was done to achieve the concept cover.

A photo posted by Preview Magazine (@previewthestylebible) onOct 28, 2015 at 4:14am PDT

Maine, who isn’t shy about showing her appreciation for beautiful clothes, quipped about bringing clothes from her closet.

All throughout the shoot, with all the fuss centered on her, Maine still managed to project the same aura of modesty on the cover.

She shimmers glamorously, with a pop of color added as a reminder she reigns supreme as a dubmash sensation.

Alden, on the other hand, is at home with fashion shoots. It was his personality that Preview wanted to decode.

“He was too good to be true.” Leah Puyat, the writer of the article, wrote.

She experienced up close what fans see through Alden and Maine off and on the small screen.

Whether you root for AlDub or not, it cannot be denied that this fate-driven tandem has the charisma to unify different sectors and spread good vibrations wherever they are.

They are bringing old-fashioned Filipino values back into national psyche.

Interviewed separately during the Preview pictorial, above the pandemonium around them, Alden and Maine echoed the same sentiment about creating positive change.

The moment was indescribable.

Now that they’re up there in the celebrity stratosphere, what is next for Alden Richards and Maine Mendoza?

With these bright stars evolving fast into their new roles as models for the next generations, what is certain is that their shot to fame will not change their core being.

For there lies the true magic of AlDub.