Liza Soberano is an interesting study. She presents herself as "lampa," clumsy, prone to accidents. Yet she seeks activities that get her adrenaline pumping, and skydiving—which she describes as "para siyang zip lining pero bibitaw ka"–is on her bucket list.

This thrill-seeker boldly says that she has yet to face a roller coaster she will back down from, but also admits that, in the safety of her bedroom, sleeping alone leaves her fidgety.

The romantic-comedies she has starred in have been box-office hits, but ask her what movies she dreams of making, and she will tell you that it would be a horror flick.

Liza's pretty face, her most visible and applauded feature, can also be her one big drawback. Pretty often, her audience focuses there and misses the good acting that comes along with it. 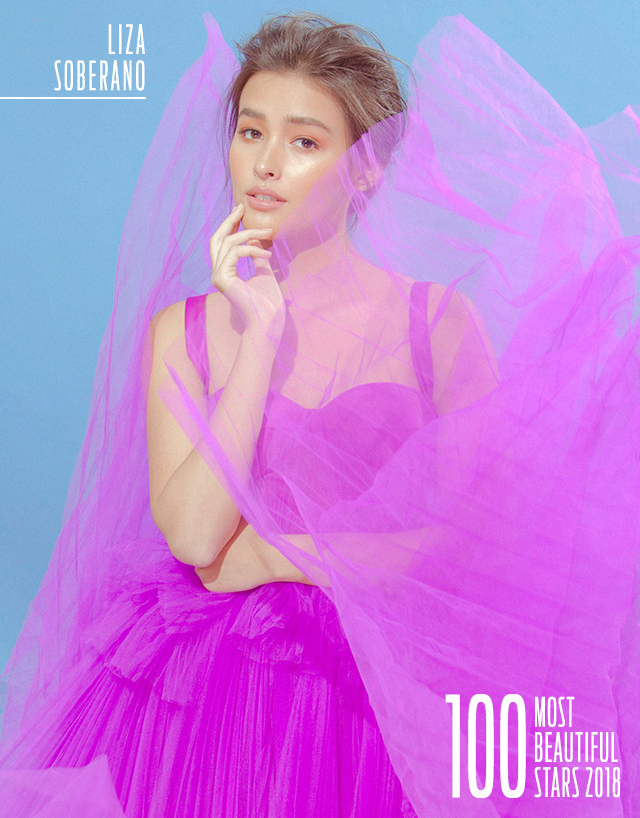 BREADWINNER. Liza is 20, soft-spoken, and blessed with an ethereal beauty.

For all that, she is not what her image is. She is not "di makabasag pinggan."

She is demure, but she is not fragile. Not at all.

The reality is she has been the breadwinner for her family since she was 13.

She says she did not think of buying herself anything, not even a PHP500 trinket.

Generous to loved ones, Liza says she is actually "kuripot" when it comes to herself: 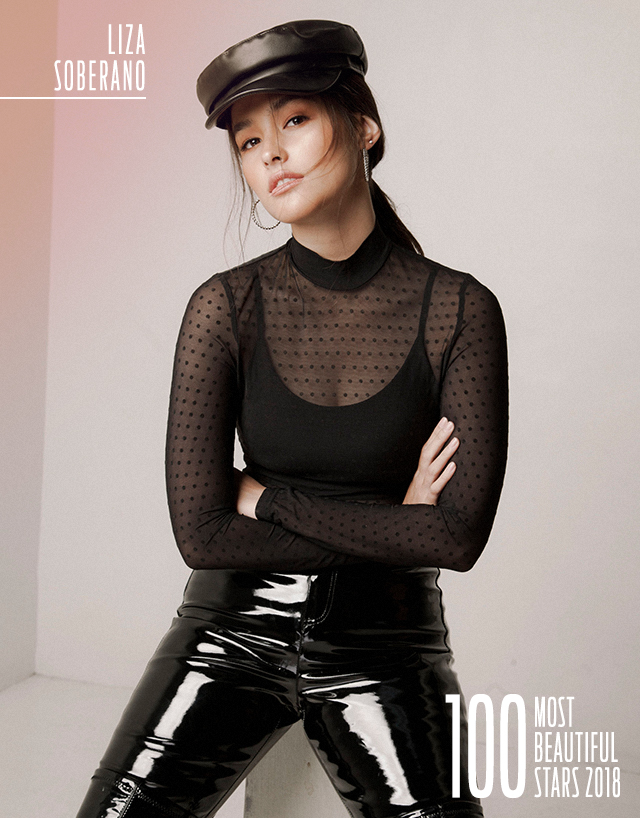 She is now also a much sought-after brand endorser.

Her calendar is full, packed with tapings for Bagani, the ABS-CBN teleserye she stars in opposite her off-screen and on-screen partner, Enrique Gil. The teleserye is the comeback vehicle of their love team after four years.

Liza and Enrique, known to their fans by the uniname LizQuen, were first paired in the light drama series, Forevermore, a sleeper that gave birth to LizQuen in 2014.

Liza is also a mainstay of her home network's weekly variety show, ASAP.

Currently, in between her television schedules, she is training for the lead role in yet another movie incarnation of the superhero franchise Darna.

Ogie Diaz, a co-manager handling Liza's career with Star Magic, describes the young actress as someone who will not stop until she achieves her goal.

And she does pretty much of the work alone.

For instance, Liza has always wanted her own house. Now it is being built.

She's scrimpy, remember? Shouldn't she wait for someone to buy her a house? Enrique, her rumored boyfriend, perhaps?

She is like that. Put Liza in a situation, and she is likely to take matters in her own hands.

For example, "When it comes to planning, I'm very nurturing, like a mother," she relates.

And she has time to do that?

"I make sure that I do have the time," she answers, spoken like a true go-getter. 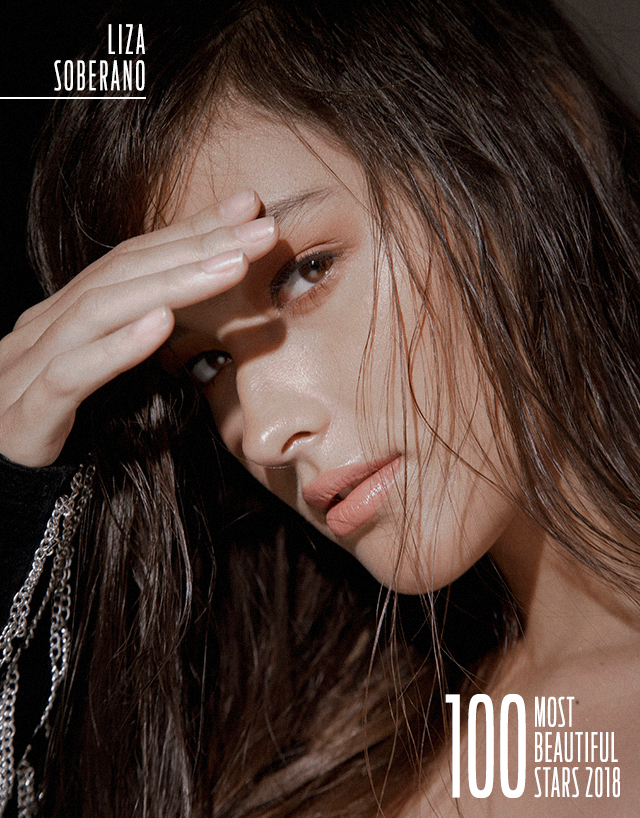 INNER CHILD. A giver, Liza has been toying around with the idea of a foundation, and she is determined to follow it through.

"I've always wanted to put up my own parang foundation. It could be like school to help people, iyong mga less fortunate."

"Kasi there are a lot of kids who are on the streets; so, siguro, parang school na may dorm.

"That way, hindi mo lang sila kinukuha like an orphanage, but also you are teaching them para they're prepared for their future.

This affinity to disadvantaged kids may have its roots in her own childhood.

Although she was not deprived, her Filipino father and American mom separated when she was 10.

That was when she and her dad left the United States to live in the Philippines.

Liza stayed in the town of Asingan in Pangasinan, and because her dad was working, she was practically raised by her grandparents.

Among her prized possessions is a stuffed doll handmade by her grandmother, a memento from a happy childhood. 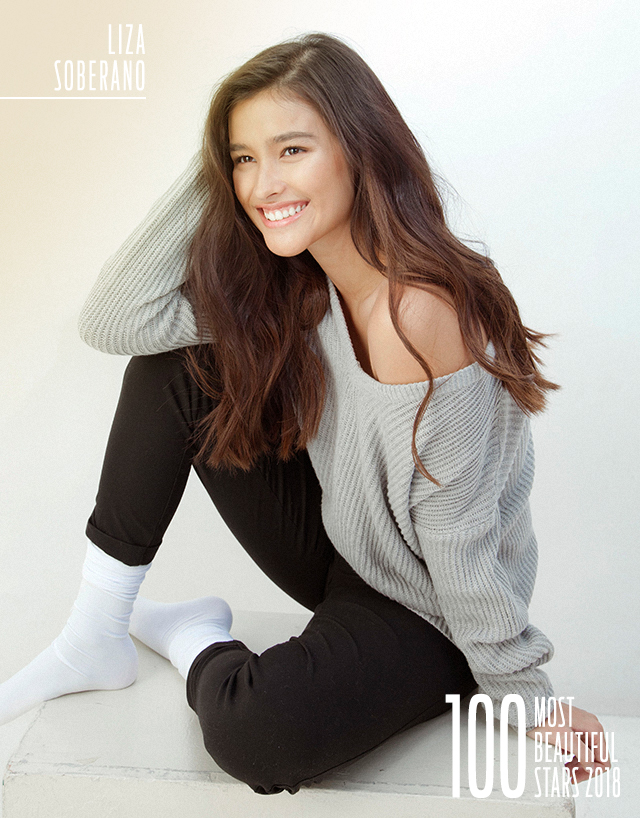 Statuesque at 5-foot-6, she is admired by both men and women.

But not even that can save Liza from tearing herself to pieces on days she feels downright ugly.

She continues, "Parang when you start gaining weight or if you're just stressed generally because of things.

"Parang nagiging haggard ka, feeling mo pangit ka kasi what's inside of you is not feeling at its best.

For all her spunk, Liza says she is basically a shy person and it unnerves her.

She adds, "And I think a lot kasi. So it will be easy if I don't think as much."

The past is a country Liza often visits, so to speak, and the future is a place alien to her.

"I don't want to meddle in my future," she says, "kasi mapapraning iyong present self ko.

"I'd rather go to the past para mag-reminisce sa childhood—good childhood."

Looking back, she muses, "I don't think I've ever done anything that I really regret doing."