Enrique Gil reveals what he wants to achieve first before settling down and marrying girlfriend Liza Soberano.

Liza Soberano and Enrique Gil reveal why they consider each other husband and wife material.

Liza was then just a newbie when Enrique was nearing showbiz stardom, and he became the big brother showing her the way.

They starred in the hit teleserye Forevermore, which became the forever motif of the love team LizQuen.

Today, they have confirmed they are in a relationship, with Enrique declaring that Liza is "the woman that I call my forever."

They are the stars of Alone/Together, a romance-drama movie directed by Antoinette Jadaone that is currently breaking the tills.

Liza, 21, and Enrique, 26, talk to PEP.ph (Philippine Entertainment Portal) about the beginnings of the tandem that led to a real-life romance.

This happens on February 11, as the two young stars prep for their PEP.ph HEADLINER pictorial, at a Quezon City studio. 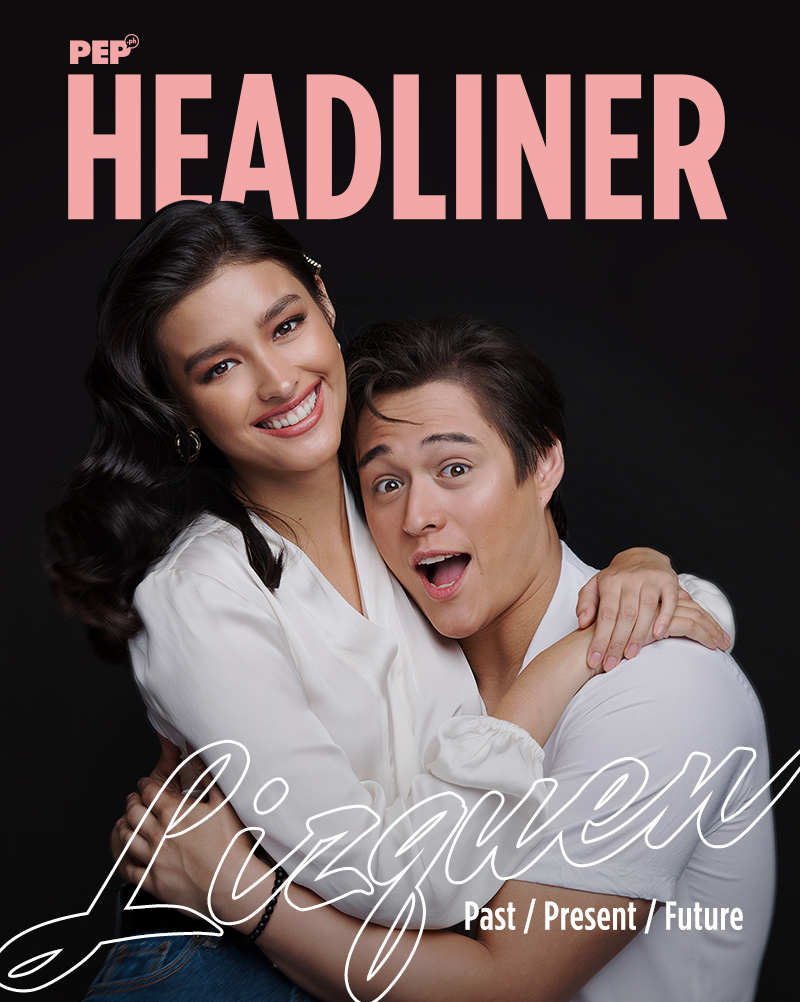 "Actually, before, I didn't want a showbiz boyfriend," Liza begins.

"'Cause I hear a lot of horror stories about it, about people who get together but then they break up, and then like all the rumors will spread after.

"So, before, I was kinda scared, but then once I kinda grew up in showbiz, I kind of get how it works and it’s not really what people say it is."

For his part, Enrique, whose heart had once been broken, was wary of getting into another relationship--until Liza came along.

As he puts it: "Everyone really wants to search 'The One,' but sometimes it's good not to search.

"It's also good to sit down and let life take its course.

And Liza's first impression of Enrique? 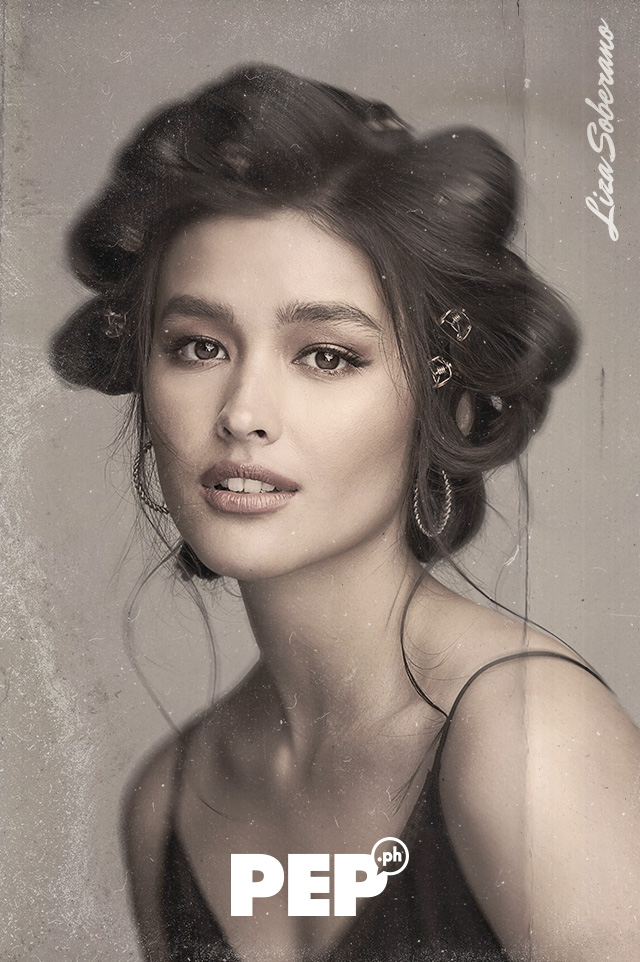 Their first encounter was quite casual.

She was doing a look test for Must Be...Love, the first movie of Kathryn Bernardo and Daniel Padilla in 2013, where Liza was eventually cast as Kathryn's cousin.

Enrique was taping his 2012 ABS-CBN teleserye Princess and I.

"And he said 'Hi!' and that's when I met him. I would call him Kuya Quen pa nga before." 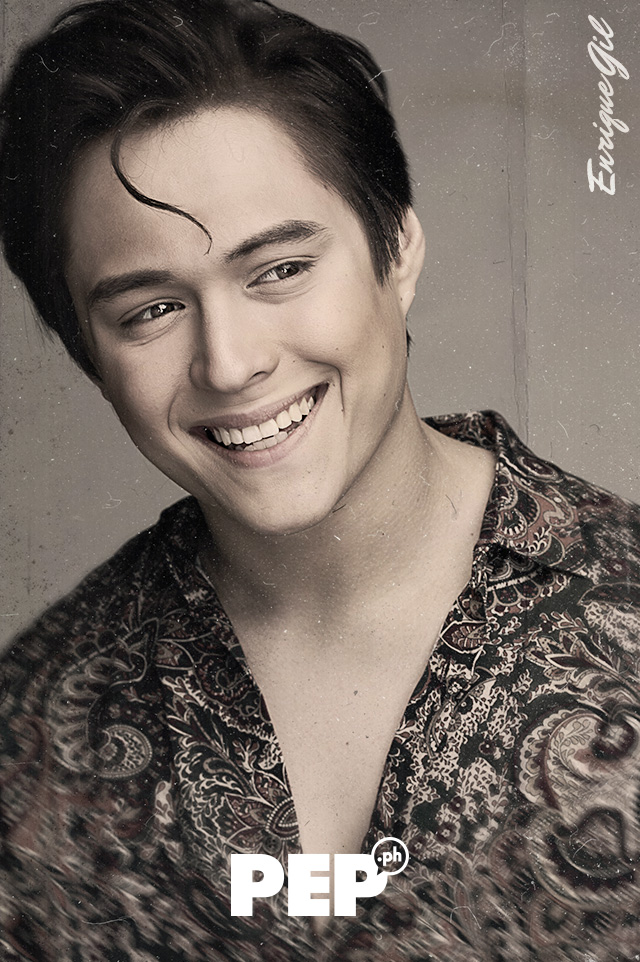 But did she get a crush on Enrique then?

"Actually, I didn't have any crush on him at that time. I just thought he was very handsome.

"He's very Spanish-looking and, actually, my type is like the foreign kind of look.

It took no less than a lie detector test to wring out a confession from Liza and Enrique about the real score between them.

It happened during the February 10 episode of Gandang Gabi Vice, where they took part in the "Kuryentanong Challenge" where a person lying would be shocked with an electrical current. 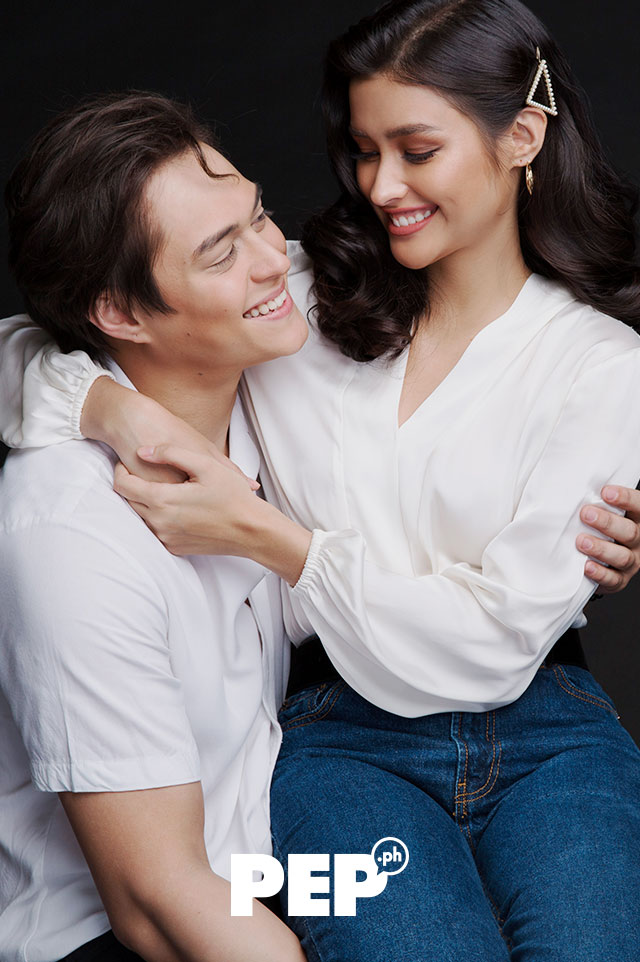 During the HEADLINER shoot, PEP.ph asks Liza when she realized she was in love with Enrique.

She answers, "It's not something that when he does something and you’re like, 'Oh, I’m in love with him.'

"No. I think it grew. I didn't know it was there already, but when he asked me to be his girlfriend, it's like, 'Okay, I do love him' pala.'

"Well, I've known him for six years now, so I really got to know who he is.

"He has a very pure heart, very generous. He loves people, he loves animals, he loves the Earth--and that's what I like in a guy.

"So I want someone who will not only love me, but will also love my family and who will have a good relationship with his family as well." 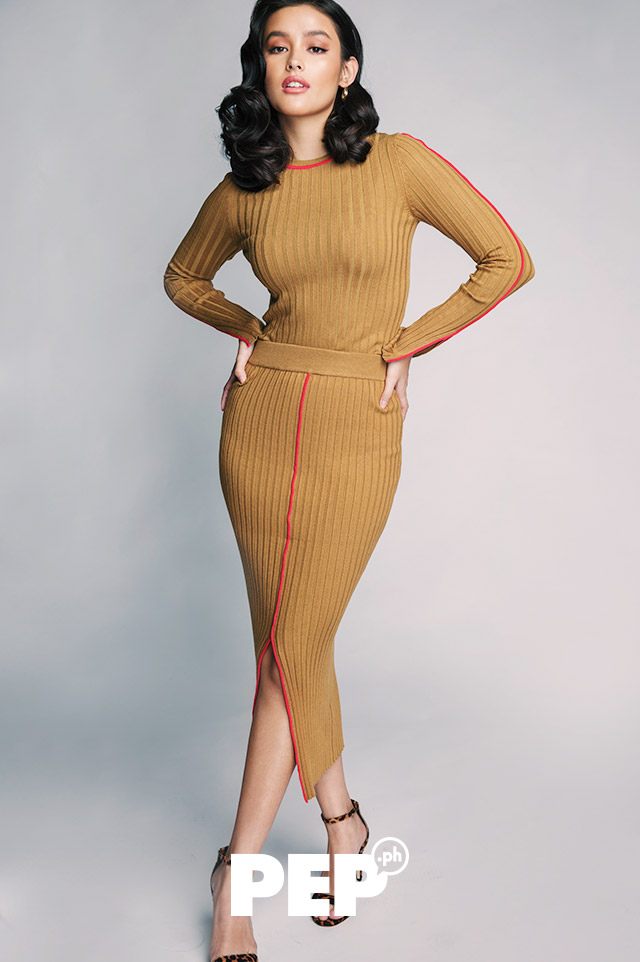 And Enrique? He says he fell for Liza when she opened up to him about her pain.

"She can't turn to anybody...masakit. Parang that point pa lang...

Enrique narrates how he began to examine his feelings for Liza. 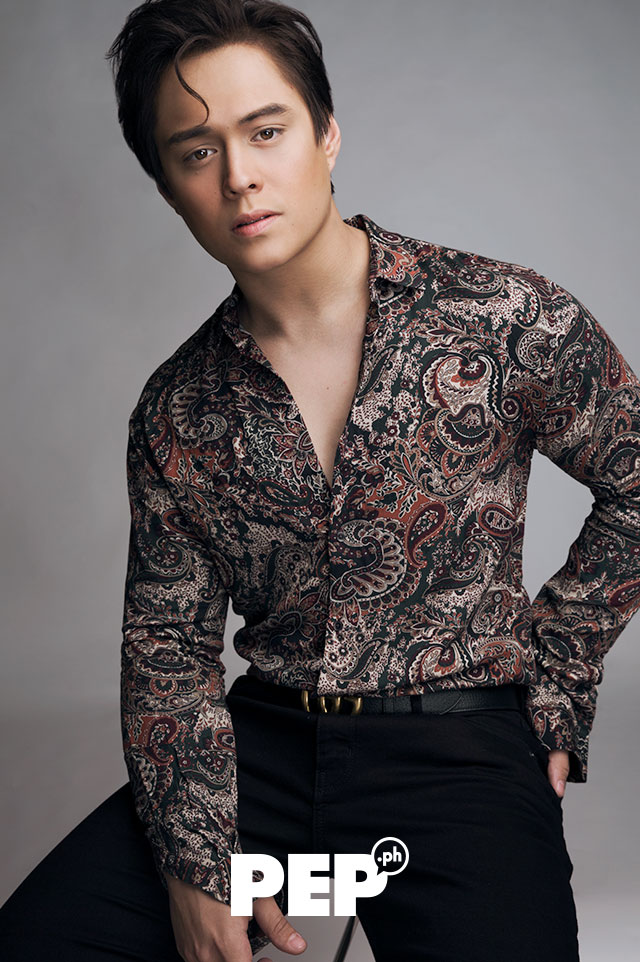 Ah, young love, even their quarrels are more like affectionate skirmishes.

Liza admits, "Oh, we fight a lot on set like behind the scenes... there are times when we fight, but when we have to start doing a scene, we go into professional mode.

"And we just forget that we're fighting because it won't help.

"We talk to each other about that, na when we fight hindi puwedeng dadalhin namin sa set yun.

Oftentimes, it is Enrique saying sorry. 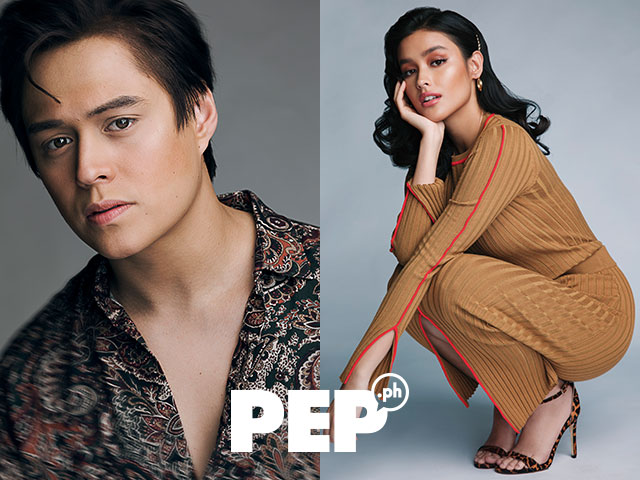 Next thing, Enrique comes closer to our recorder, and speaks as though he were addressing an audience and making a point.

Liza and Enrique managed to build a relationship away from public scrutiny.

They fell in love as themselves, not with their public personas, and both claim it is for keeps.

Does Enrique see himself spending forever with Liza?

How sure is he?

"I think you should have an idea na whoever you get a relationship with, siya yung makikita mo din in the future."

He goes on, passion in his voice.

"Kasi may steps naman yun from boyfriend to fiance to kayo na as husband and wife. 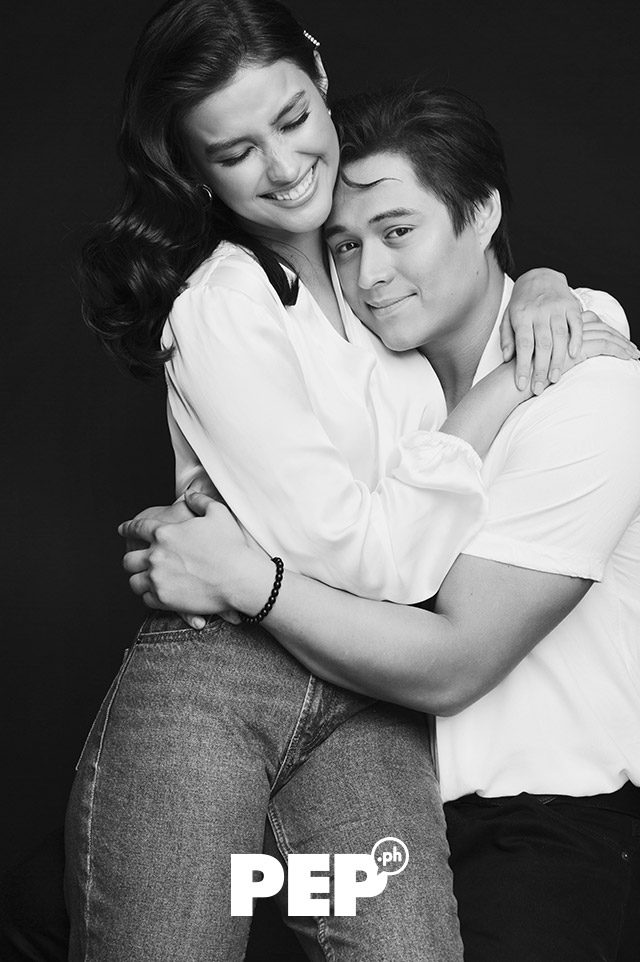 What makes Liza The One?

Enrique brightens up, "Everything about her is wife material, that's why I fell in love with her in the first place."

"She reminds me a lot of my mom, that’s what I like about her. She's such a sweetheart.

"She's giving, she's very generous, and she has the biggest heart." 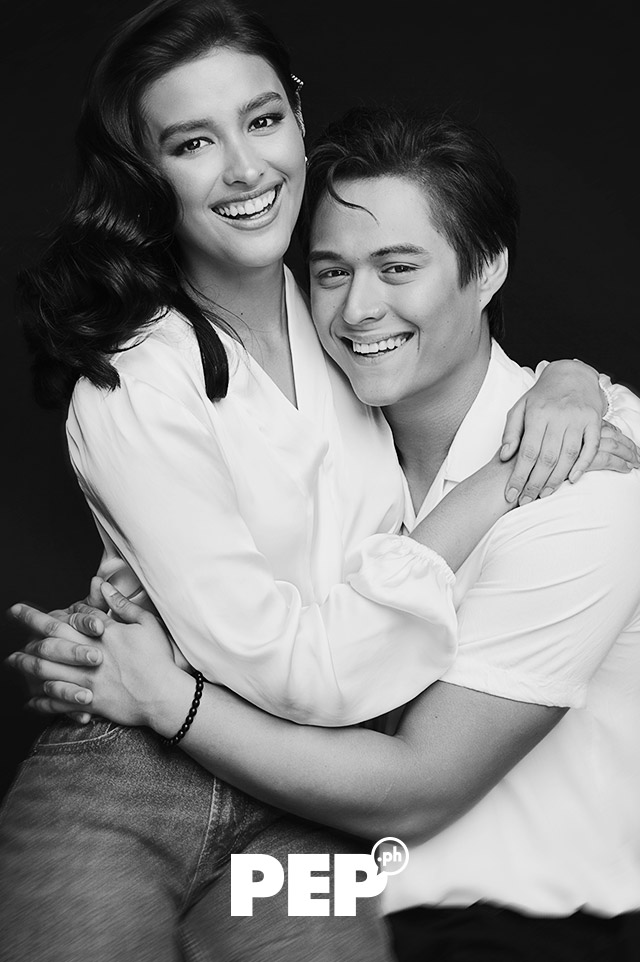 Does Liza see herself getting married to Enrique?

She says, "We just got along well. We were best friends first and then, yun nga, I got to know him.

"And that's when I discovered na this guy is really something, and he is perfect for me.

"So you know he'll take good care of his relationship and the family that he'll have of his own."

In the end, Liza talks about the reality of showbiz relationships.

She says, "Well, hopefully. Of course, you get into a relationship because you're hoping that that person will be your partner for life.

But for now, it is LizQuen forever—in the past, present, future. 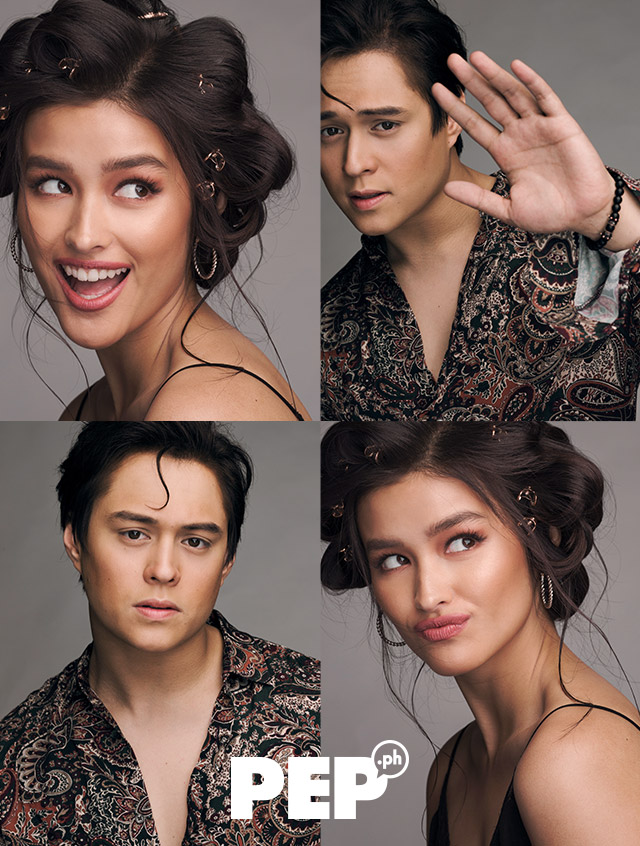