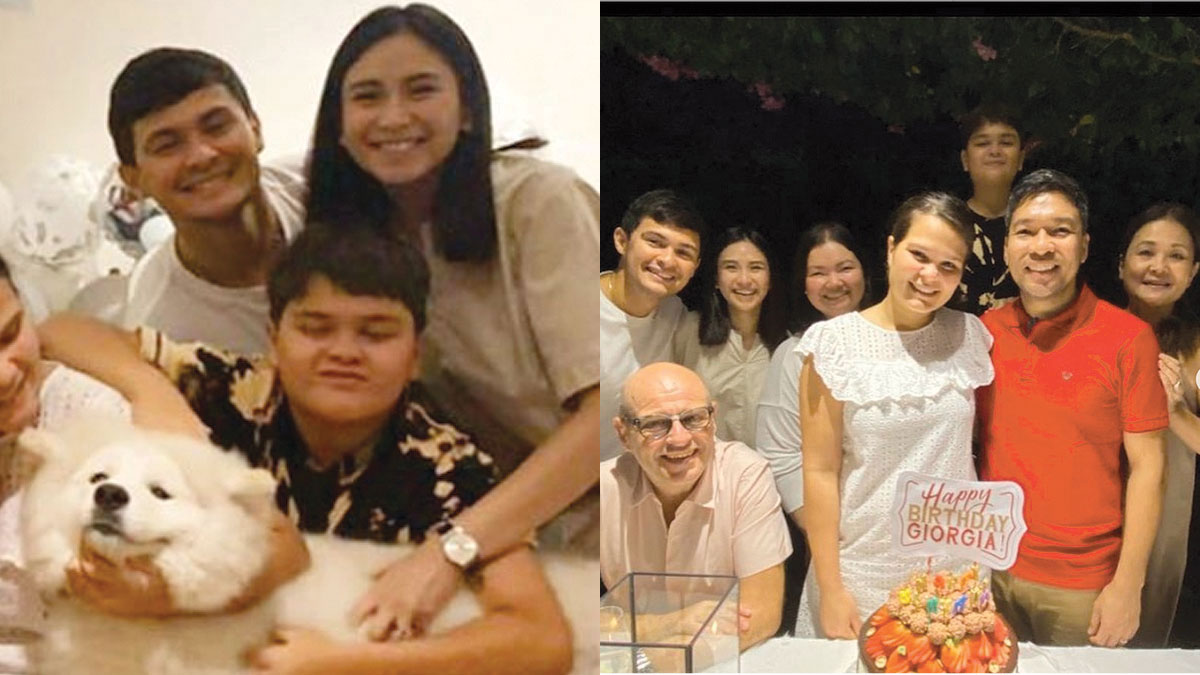 The Guidicellis look like the picture of a happy family, virus or no virus.

This is to go by the Instagram photos of the birthday celebration of Matteo Guidicelli’s sister, Giorgia.

Sarah Geronimo is, of course, in there, and is all-smiles in all the photos where she never leaves Matteo’s side.

These are also the first photos of the Guidicelli family that have appeared in public since the controversial wedding of Sarah and Matteo of February 20, 2020.

In her Instagram, Matteo’s sister commended her husband, lawyer-entrepreneur Ian Dato, for pushing with the celebration despite the threat of the coronavirus, which the public is told to help combat through social distancing.

Giorgia, according to her caption, would not have the intimate celebration any other way; all her loved ones are present, after all. Father Gianluca, mother Glenna, youngest brother Paolo, brother Matteo, and of course, sister-in-law Sarah.

Just a week after Sarah and Matteo’s wedding, Giorgia posted on Instagram a welcome to Sarah who was now joining their family. She has already said that considers Sarah her “real life sister.”

In her birthday post, Giorgia wrote (published as is): “My houseband deserves the biggest award!! After planning a grand celebration and having to cancel it due to this darn COVID19, he still pushed though with a grander and meaningful celebration with the people closest to our hearts.

“Best houseband award! I love you Mr. Dato. You’re the bestest gift in the universe!!!”

Meanwhile, Matteo’s mother Glenna posted a birthday greeting for Giorgia, and included a series of photos of the tight family celebration.

This is also the first time that Glenna has posted a family picture. Before this, she had not posted anything on her Instagram, not even a photo from son Matteo and daughter-in-law Sarah's wedding.

Sarah and Matteo held their secret wedding last month at the Victory Church, The Fort, Bonifacio Global City in Taguig.

Matteo described their wedding in his Instagram post thus: "That evening was almost perfect until some unexpected events took place."

The "unexpected," as everyone knows by now, was the arrival of Sarah’s mom, Divine Geronimo, at the reception, held in a restaurant in Shangri-La at The Fort.

Mommy Divine, who had not been invited to the wedding, reportedly created a scene.

Jerry Tamara, Sarah’s close-in security, also accused Matteo of punching him in the neck that night. He claimed the actor confronted him, accusing him of informing Divine about the secret wedding.

Matteo denied this accusation in a separate interview. Matteo and Jerry have since settled their differences, with the intervention of Viva Entertainment big boss Vic del Rosario.