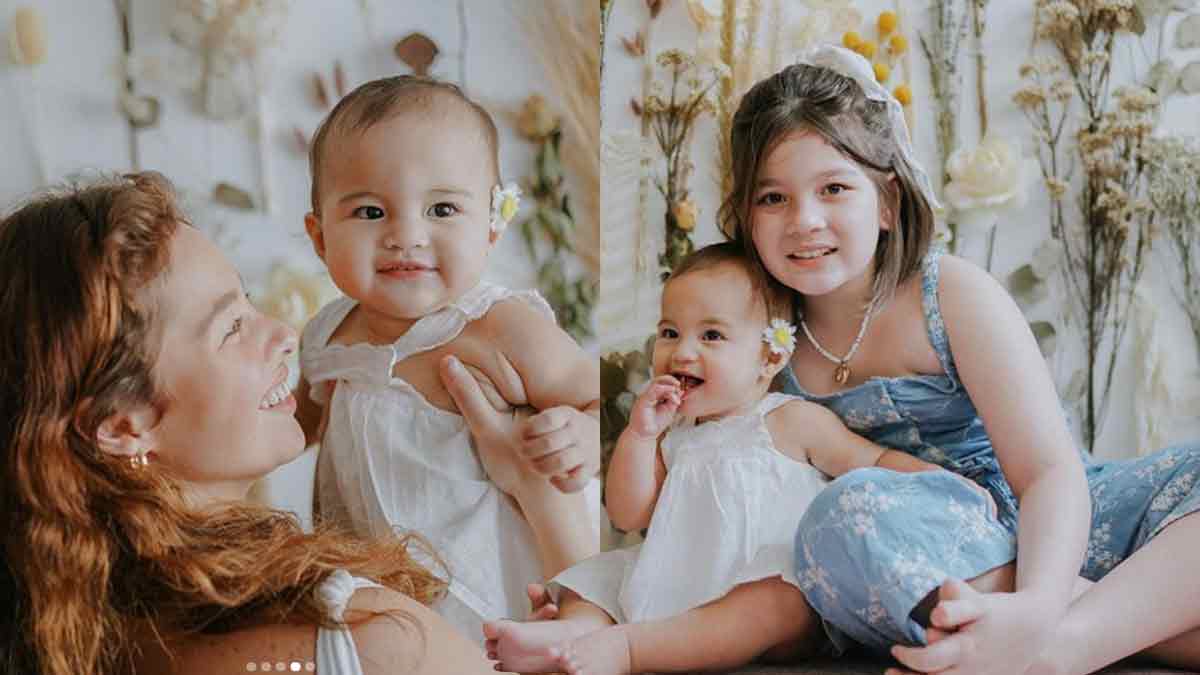 The mother-daughter pair has been in the city since the third week of June.

They flew in to celebrate Andi's 30th birthday last June 25.

On the other hand, Philmar is currently in Siargao, where he, Andi, and Lilo are based.

To mark her daughter's special milestone, Andi writes a sweet birthday message to her "tiny little love," who has made their days brighter and happier.

Part of her caption reads: "365 days went by so quickly and a lot has happened around us, but having you kept our lives staying as positive as can be, and our hearts filled with so much joy.

According to Andi, her youngest daughter is "one big ball of energy," making her the "extrovert of the family."

The part-time actress said in one of her Instagram posts: "She is such a people- person, and really loves moving about!

"Dancing to any song she hears, climbing on everything, running around, even already tumbles by herself.

"It's just so difficult to get her to sit still (much like papa!) — but that's what makes everything so worth it!!!

"Oh the joy bring into our lives everyday little girl!"