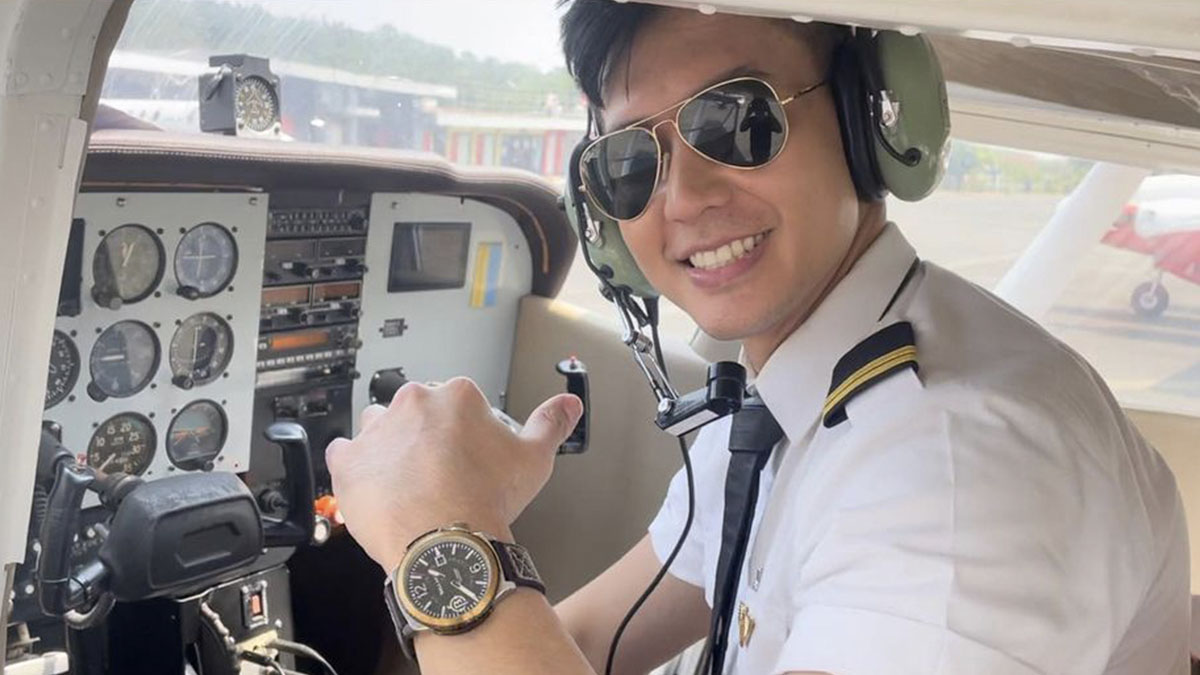 On May 27, 2021, singer Ronnie Liang proudly announced on his Instagram account that he finally received his license as a private pilot after over three years in flying school.
PHOTO/S: @ronnieliang on Instagram

"Ngiti" singer Ronnie Liang is all smiles now that he has finally achieved his childhood dream: becoming a licensed pilot.

On May 27, 2021, Ronnie proudly announced on his Instagram account that he finally received his license as a private pilot after over three years in flying school.

Ronnie uploaded a gallery of photos featuring his certificate, his license card, and his epaulets that have two stripes for each side of the shoulder.

For his caption, he wrote, "Finally, I’ve gotten my license as a Pilot (PPL) after countless sleepless nights of studying and a multitude of flying hours of training. My childhood dream when I was in 4th grade has now materialized.

"I went confidently in the direction of my dreams and now it's here - it's a reality! I would like to thank my APG International Aviation Academy Family for helping me in achieving my dream of becoming a pilot. www.apgaviation.com #pilot #pilotlife #license #pilotlicense #aviation #apgiaa"

It was in 2019 when Ronnie exclusively told PEP.ph about his plans of becoming a pilot. Now that he's a licensed private pilot, he is now a step closer to his ultimate dream of becoming a commercial plane pilot.

In a previous interview with PEP.ph (Philippine Entertainment Portal), Ronnie shared a bit of advice for people his age who are also thinking of pursuing life-long dreams.

He said, "Number one, ask for God's help. Number two, you really have to dream and at the same time work hard for it.

But aside from becoming a pilot, Ronnie said he still has a number of items he wants to check off from his bucket list.