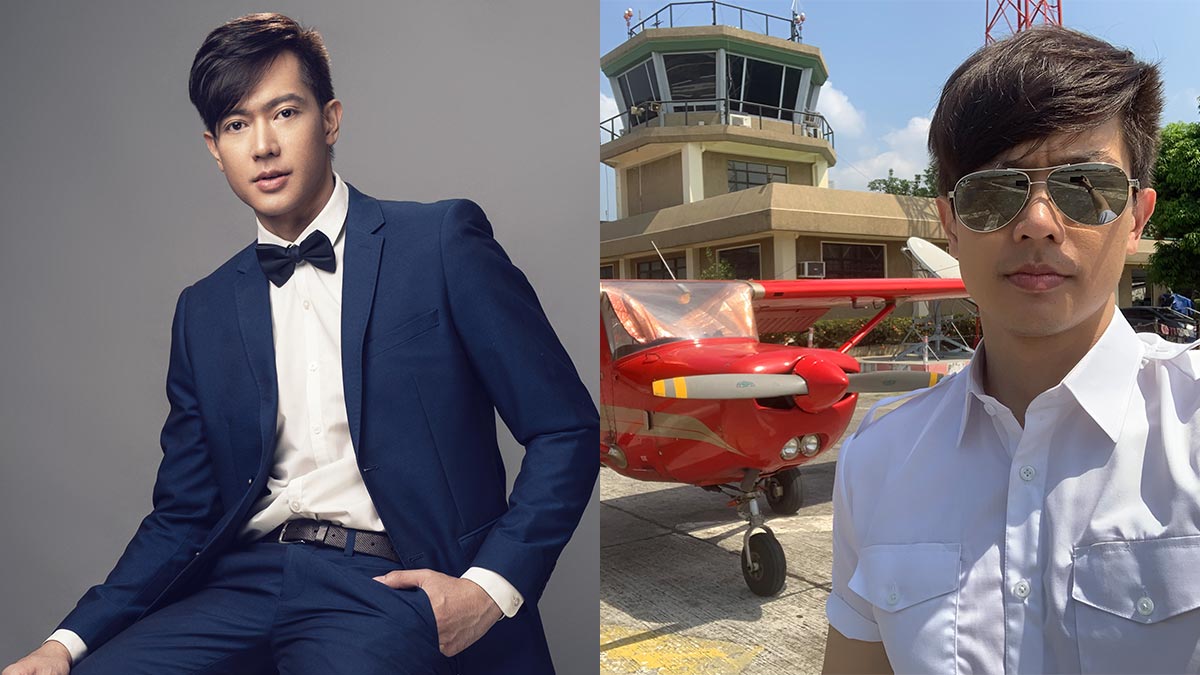 Ronnie Liang is now a step away from achieving one of his greatest dreams: becoming a pilot.

In an exclusive interview with PEP.ph (Philippine Entertainment Portal) on Wednesday, March 13, Ronnie shared how his life-long ambition of becoming a pilot was sparked anew, and how he got motivated to finally pursue it.

He recalled, "It was my childhood dream and nagkaroon ng way na may mga na-meet na sa Armed Forces.

"And napakilala sa akin yung may-ari ng school, and I was invited to visit yung school nila. And then from there, nagkaroon ako ng idea and yun na, nag-start."

Even at his age, Ronnie believes there really is no deadline when it comes to achieving one's dreams.

He said, "Any time naman, kaya natin i-fulfill yun, and here I am fullfilling one step at a time, my childhood dream."

But Ronnie did go through a lot before he was able to start his journey of becoming a pilot.

There were certain requirements he needed to pass before he started studying aviation.

He narrated, "One of the requiements, kailangan you are a degree holder so parang doctor or lawyer.

"Number two, you have to pass the physical, mental, and psychological exam.

Ronnie finished a Bachelor's Degree in Education, major in Science, at Holy Angel University in Pampanga.

At that time, the Viva talent was focused on finishing his studies more than anything else.

When asked what inspired him to pusure this course, he explained, "That time kasi, mahilig ako magsalita sa public.

To finish his college studies, Ronnie had to juggle six jobs.

Ronnie said studying aviation is quite expensive. But he has been saving up to pay for these fees.

The "Ngiti" singer has to finish 200 hours of training before he gets his license. Before this, he needed to take up twelve subjects about aviation.

Ronnie admits that these subjects are quite challenging especially for someone who has been away from school for a very long time. But he was up for the challenge.

Ronnie said the flight simulator is also difficult. Nonetheless, he was able to finish all his ground subjects and trainings by February 2019.

Early this month, Ronnie started his practical aviation training. So far, he has rendered eight out of the 200 required training hours by flying a Cessna 152 two-seater with single propeller aircraft.

When asked what his thoughts were the first time he sat in the cockpit, he recalled, "Magiging piloto talaga ako, yun yung nasa isip ko.

"Talagang tatapusin ko yung kursong yun. I don't know how long but definitely, I will finish it."

It was also his proudest moment so far.

"I have to say I was very proud na kaya ko na siyang paliparin.

One thing he looks forward to right now is his final examination, which will be conducted with a representative from the Civil Aviation Authority of the Philippines (CAAP).

Ronnie hopes to finish everything after a year and a half, but the former Pinoy Dream Academy contestant said it will depend on the country's weather.

FROM SHOWBIZ TO AVIATION

The values and skills he learned from showbiz came in handy while he is studying aviation.

He told PEP.ph, "Be patient, you really have to work for it. Yung dicipline at saka time management.

LISTENING TO HIS BODY

Juggling both his showbiz career and aviation studies also tested his patience and time-management skills.

"So minsan, sinasabi ko kung pwede i-resched the next day so pumapayag naman."

Ronnie is grateful that Strike Wing Aviation is very considerate to their working students.

Ronnie has achieved so many things in life, but he has kept his feet on the ground.

"Iniisip ko na everything is a gift and it can be taken any time. Tao din naman tayo, we breathe the same air.

Asked for advice for people his age also thinking of pursuing life-long dreams, Ronnie offered, "Number one, ask for God's help. Number two, you really have to dream and at the same time work hard for it.

Aside from becoming a liscenced pilot, Ronnie still has a lot of dreams he wants to achieve, especially for his showbiz career.