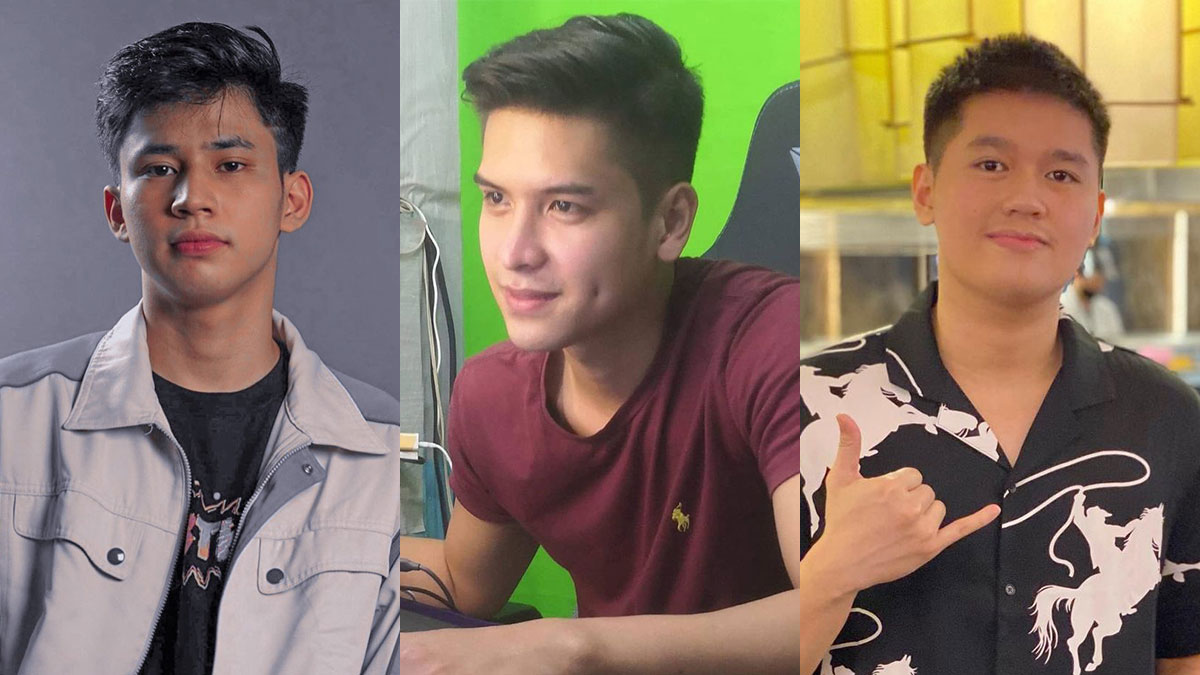 Game streaming is seeing a surge in viewership—either on Twitch, Facebook Gaming, and YouTube Gaming—during the pandemic.

With the closure of computer shops following the community quarantine protocols that started in 2020, Filipinos have turned to game streaming as a form of entertainment.

To those unfamiliar with game streaming, it is defined by Wikipedia as "an activity where people record themselves playing games to a live audience online."

For example, showbiz celebrities like Nash Aguas, Alden Richards, and McCoy de Leon, among others, have been interacting with their fans via online games they play together.

The growth of the game streaming community has spawned social-media stars who have become popiular not just for their gaming content creations but also for their winning smiles.

Here are some of them you may want to follow.

Oscar Romero, better known as "Sumpak Wangdu" went viral last year not just for his skills but also for his good looks.

In 2019, Sumpak and his former eSport team called Area51 won as the grand champion of Coins.Ph Challenger Series. He recently participated in a Mobile Legends: Bang Bang competition as part of Nexplay Liquid team.

Carl Dave Musni, who goes by the name Daevara in the gaming community, has caught the attention of the netizens because of his resemblance to Alden Richards.

He often treats his viewers with song numbers in between games.

Before he started streaming games on Facebook, Dave was a flight attendant for Philippine Airlines.

Chin Valdes initially tried his luck in the entertainment scene when he played a role in the indie film Bar Boys (2017), which starred Rocco Nacino, Carlo Aquino, Enzo Pineda, and Kean Cipriano.

Now, he is best known for playing Fanny in Mobile Legends: Bang Bang.

Like Dave, Chin also joined talent competitions on TV. In 2018, the 29-year-old aspiring singer from Quezon City joined GMA-7's The Clash. The following year, he auditioned in Idol Philippines.

In an interview with Inquirer.net, Chin said it was Christian Bautista who encouraged him to start game streaming.

Hardey Lim, a.k.a. Show My Rise on Facebook, is one of the chinito heartthrobs who have captured the hearts of Pinoy netizens.

He has been streaming his games since March 2019. Some of the games he plays include Mobile Legends: Bang Bang, Call of Duty: Modern Warfare, and DOTA.

Raven Alonzo, aka L3bron on Facebook, is also a popular player of Mobile Legends: Bang Bang.

During his guest appearance in Eat Bulaga's "Bawal Judgemental" segment in July 2020, L3bron said he previously worked as a medical representative before he pursued a career as a professional e-Sport player. L3bron also revealed he earns six-digit figures from game streaming.