For over 20 years, Lucy Torres-Gomez has been the favorite muse of renowned fashion designer Randy Ortiz.

On Monday, November 26, the 43-year-old politician made sure to be present at Randy's 30th anniversary celebration and fashion show titled Homage in The Peninsula Manila, Makati City.

The show itself was a milestone where the designer presented a total of 74 creations—a wide array of colorful gowns, dresses, and suits made with different fabrics and textures.

"I think this is his best collection yet," Lucy told PEP.ph (Philippine Entertainment Portal) after the fashion show.

"I've always told Randy that his strength is really embroidery and how he makes a woman look so elegant and feminine.

"And tonight, he really showcased that, so I'm proud of him and I'm so happy for him."

From being a client and muse, Lucy became good friends with Randy in the two decades they've known each other.

The former TV5 host said, "Not so many people know that Randy is such a sweetheart, such a good person.

"He's well-loved in the industry and tonight's show is really just good karma for him."

She added, "It's really a friendship, and he's more than just a designer to me because we really talk about life."

The representative of the 4th District of Leyte said she loved every dress the designer made for her.

Nonetheless, the bridal gown she wore when she wed Richard Gomez would probably top the list.

"Many more gowns and 20 years later, he is more than just my favorite designer, he is friend, family, kindred spirit.

"We laugh much whenever we are together, we keep each other’s secrets, we trust each other.

"Often when we call each other up, the other one is already laughing even before the first hello." 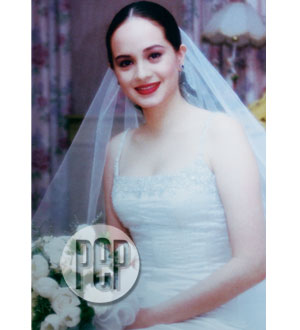 Her red-carpet looks at the annual State of the Nation Address were also made by Randy.

She said, "All the ternos I have worn to all the SONA events were made by him.

"And he knows me so well that I need not dictate a style or color.

"I just tell him the occasion, he creates something for me, and nine out of ten times it almost always is what I had in mind."

Toward the end of her post, Lucy congratulated the fashion designer for his success in the industry and expressed her unwavering love and support for her good friend.

"Congratulations for all that you have created with your hands, Rands.

"Your strength as a designer is the way you make a woman feel as she wears your designs—feminine, soft, beautiful.

"And your strength as a person is your kind heart and generous spirit.

"May you reap in double portions all the good seeds you have consistently sown through the years.

"Cheers to the next 30! You know I love you forever and ever.

GMA-7 actor Dingdong Dantes served as the host of the show.

Singer-composer Ogie Alcasid, who is rarely seen on the runway, definitely had fun modelling Randy's creation.

John's daughter Kaila Estrada was also one of the featured models at the fashion show.

She got her denim couture-inspired OOTD at a local clothing brand.

Tessa Prieto-Valdez was clad in a cotton candy pink gown designed by Randy and a denim jacket by Bang Pineda.

Tim Yap also wore a creation of Randy during the event.

Phoemela Barranda was also among the stylish guests at the party.