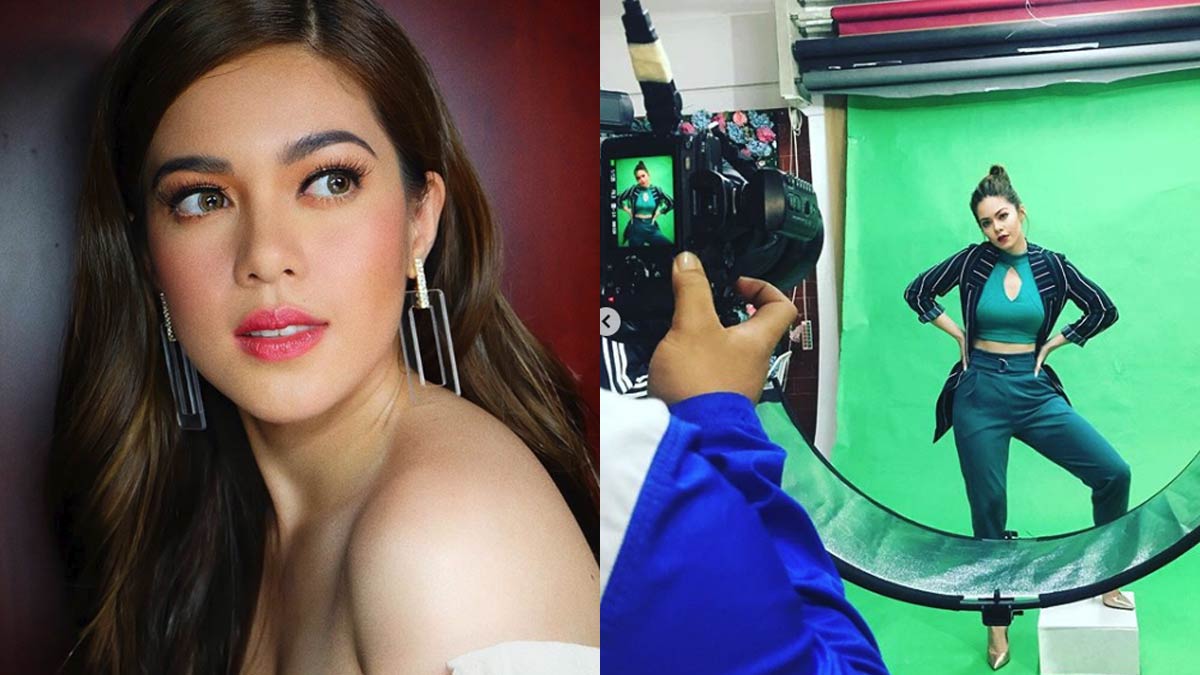 A year after revealing her hypothyroidism, Shaina Magdayao is now feeling a lot lighter and better. But she reminds her followers: "Be healthy not skinny."
PHOTO/S: @shaina_magdayao on Instagram

Shaina Magdayao is feeling healthy "for the first time in years."

In 2017, Shaina spoke for the first time about her hypothyroidism or underactive thyroidism.

The body does not produce enough thyroid hormones when a person has this condition.

The National Institute of Diabetes and Digestive and Kidney Diseases in the U.S. says that thyroid hormones "control the way the body uses energy, so they affect nearly every organ in the body, even the way your heart beats."

Thus, not having enough thyroid hormones in the body can "slow down" many of the body's functions.

Hypothyroidism is "much more likely to develop" in women than men.

This diagnosis, which she learned in 2016, became a wake-up call for Shaina.

"I just realized that I should take better care of my health since I've been working since a really young age," the actress mused during her August 2017 interview with PEP.ph (Philippine Entertainment Portal).

"And maybe I just don't realize it, but the physical neglect is probably catching up on me now."

At the time, the Kapamilya actress experienced severe allergic reactions, such as "pamamaga ng lips" or Angiodema and hives or urticaria.

She was then part of The Better Half series, where she played the female lead Camille.

She deduced, "It was probably triggered by on-the-job stress, which isn't really a bad kind of stress."

She then made the decision to change her lifestyle.

The 29-year-old star began to work out more, eat healthier, prioritize sleep, and stress less by taking on less work on television.

On top of that, the younger sister of Vina Morales needed to take hormone pills.

Now, the Past, Present, Perfect actress sees the results of her lifestyle change.

"Not my healthiest just yet, I still wake up sluggish some mornings—but a whole lot lighter and better [100 emoji]," her current Instagram post read.

At first, Shaina felt "hesitant" to post on Instagram the behind-the-scenes photos from a recent photo shoot.

She was concerned that it might send the wrong message to her followers.

With this in mind, Shaina encouraged her followers to refocus their fitness goals and strive to become healthy and not skinny.

Though the Kapamilya homegrown talent "was never the 'healthy/conscious' type," her ongoing journey has reminded her of its benefits.

Among the things she improved was her sleeping habit, the kind of food she eats, and how she manages stress.

"... It's been more than a year since I stopped eating meat (pork/chicken/beef), prioritising sleep and rest, letting go of s t r e s s and what matters most is that I feel great and light .....FROM INSIDE OUT ! [100 emoji]"

Shaina reminded her followers that it will take commitment to live healthy.

"Wherever you are on your journey, please dont be too hard on yourselves and know that investing in your bodies, mind and health THE NATURAL WAY will be slowwwww (months to yearsssss) not to mention challenging [woman facepalming] but IT. WILL. BE. WORTH. IT.

"Next goal is to bring those lines back [tongue out emoji] and get rid of my Hypo maintenance meds!!! [old woman emoji]"

WHAT'S THE TREATMENT FOR HYPOTHYROIDISM

To treat her hypothyroidism, Shaina dealt with a "great team of specialists, immunologists," and religiously took her hormone pill.

In her August 2017 interview, she also revealed that aside from the pill, "I've also tried taking alternative medicine, including acupuncture.

"I just don't have much time to do yoga, but so far that has helped a lot."

According to MayoClinic.org, the standard treatment aims to restore "adequate hormone levels, reversing the signs and symptoms of hypothyroidism."

Oral medication gradually lowers the cholesterol levels elevated by the disease and may reverse any weight gain.

It was also important that Shaina learned how to manage stress, and put more value on sleeping early.

Hypothyroidism increases risk for sleep disorders, and "prevents the deepest, most important sleep," according to everydayhealth.com.

But people with the same thyroid problem are advised to get eight hours of sleep at night by teaching the body to learn the habit.

Harris further recommended that at least 30 minutes before going to bed, we should do something that will make us feel relaxed, such as drinking a cup of herbal tea, taking a shower, or listening to music in a low-lit room.

With regard to stress, it can cause one's adrenal gland to go haywire, thus, releasing more stress hormones called cortisol.

Time.com stated that the body metabolizes slower under stress, and the "types of food" it craves when it is stressed out or depressed tend to be very high in fat and sugar.